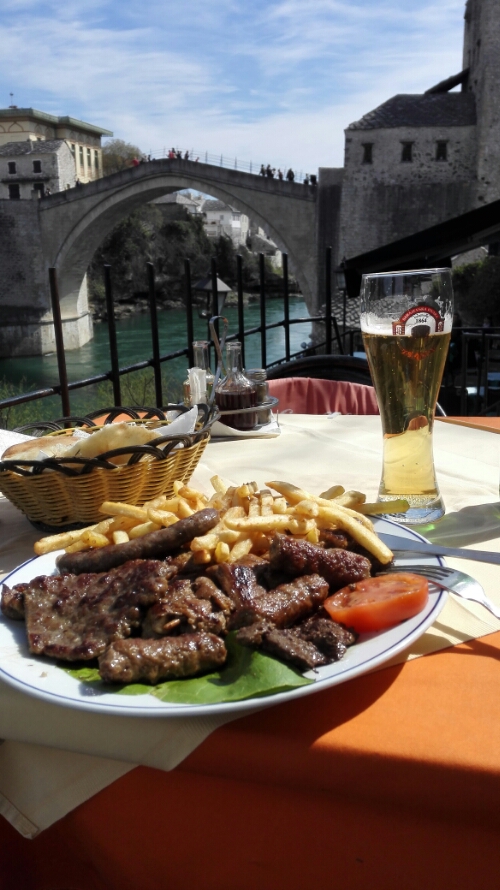 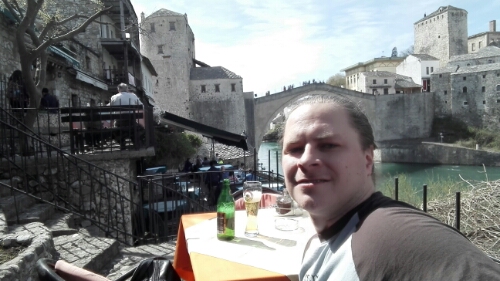 Selfie in front of the bridge

The Old Bridge dates back to the 16th century, but was destroyed in 1993 by artillery fire from the Croatian forces (HVO). A horrible act of vandalism since the bridge itself was of very little strategic importance, as the Bosnian Croats claimed. Taking into consideration that earlier in the war the Croats had helped the Bosniaks defend the bridge from Serb bombardment, the whole episode is just sad. After the war, with European and American help, the brige was rebuilt and stood completed in 2004. The following year it was put on the UNESCO World Heritage list. 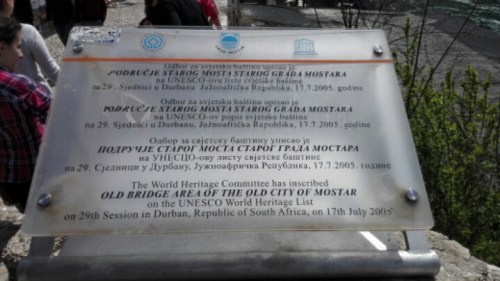 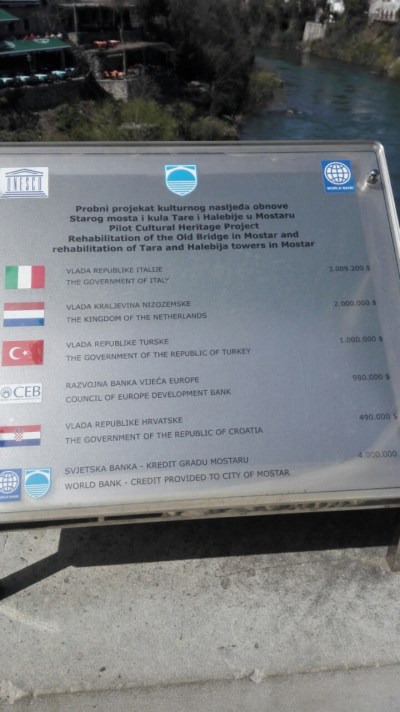 Several countries contributed to the rebuilding of the bridge

Waking up early for once, I headed for bus station and caughy an early bus (10am) to Mostar, a two hour long bus trip. The scenery along the way was amazing, as can be seen in an earlier post. 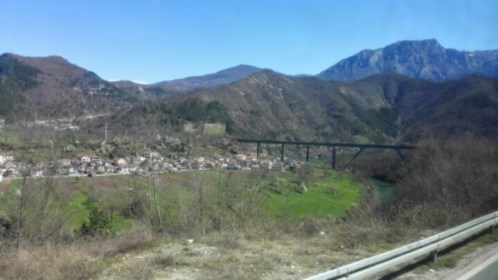 View from the bus from Sarajevo to Mostar

I arrived in mostar just before 1pm after an unscheduled stop just after leaving Sarajevo, due to engine trouble. From the bus station I headed straight towards the Old Bridge, a fifteen minute walk. On my way I could not help to notice all the beautiful mosques. It is hard to walk around in Mostar without seeing a minaret. 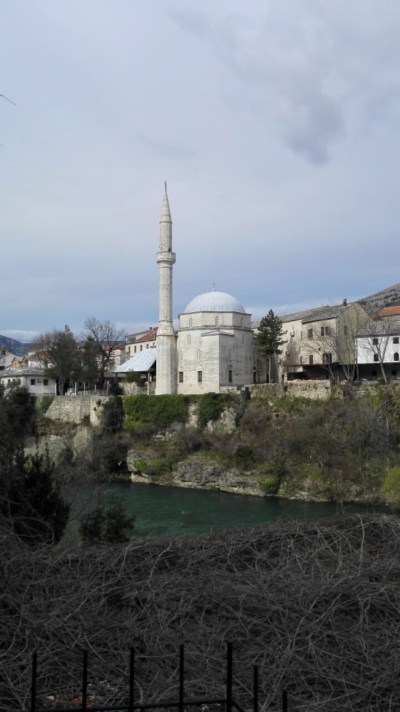 Many mosques could be seen in Mostar

It was easy to know I was getting closer to the Old Bridge, even without a map, as the closer I got, the more souvenir shops I could see. All I had to do was follow the souvenir shops and I would find the bridge. 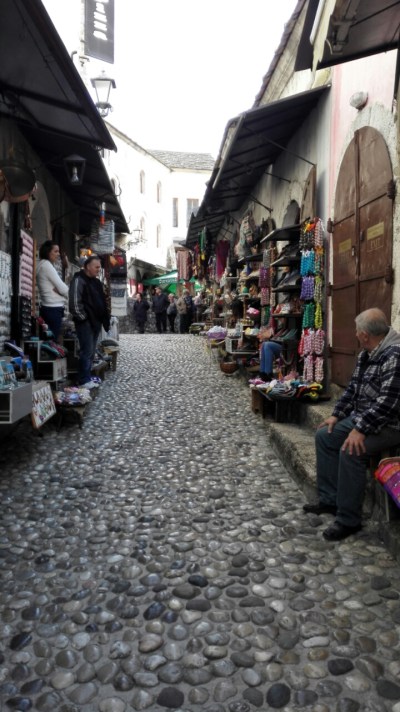 The road to the bridge was full of souvenir shops 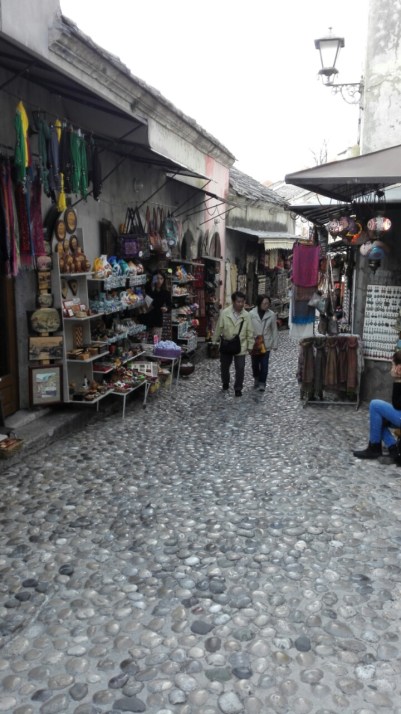 Souvenir stores on the way to the bridge

Finally I could see the bridge, it was beautiful. 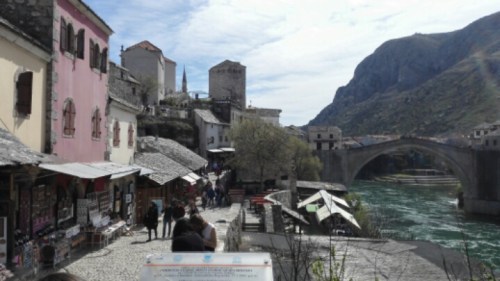 The bridge and the old town 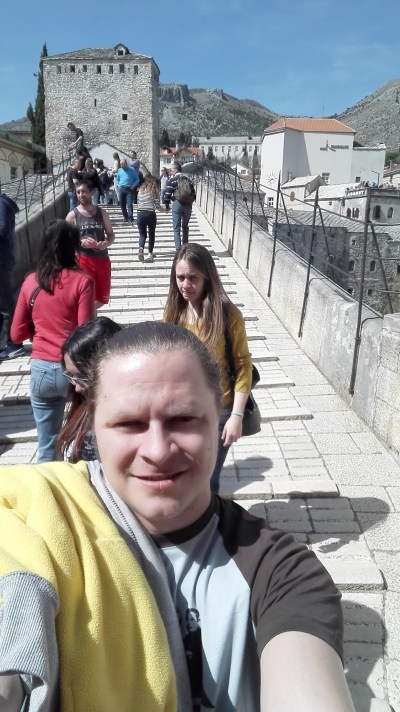 Selfie on the bridge

The bridge and the old town is beautiful, but I was sad to notice what a tourist trap the area is becoming. Littered with souvenir shops, where the cashiers were surprised when I paid in Bosnian Convertible Marks (KM) instead of Euros. I bought my mandatory shot glass for my collection, paid in KM and received Euros as change. It is sad to see such a beautiful town taken over by tourists, but I guess that is inevitable. And I happen to be a tourist myself so I can’t really complain. 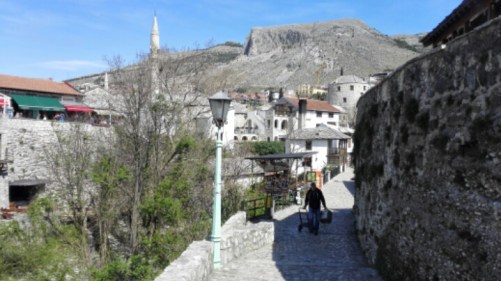 The old town in Mostar 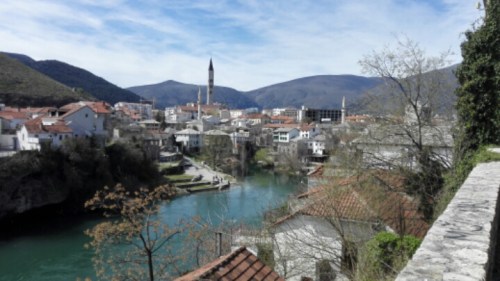 The old town. The bridge is just around the corner 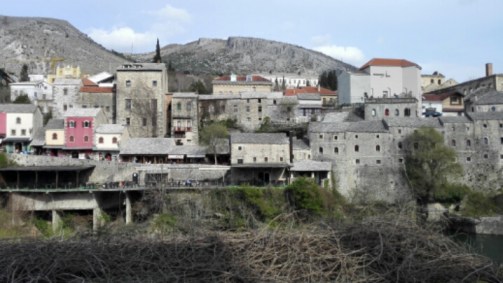 The old town. View from restaurant

I strolled around the the old town for an hour or so, started feeling hungry and found a restaurant with a beautiful view of the bridge. Their mixed grill with various local meats was huge and delicious. 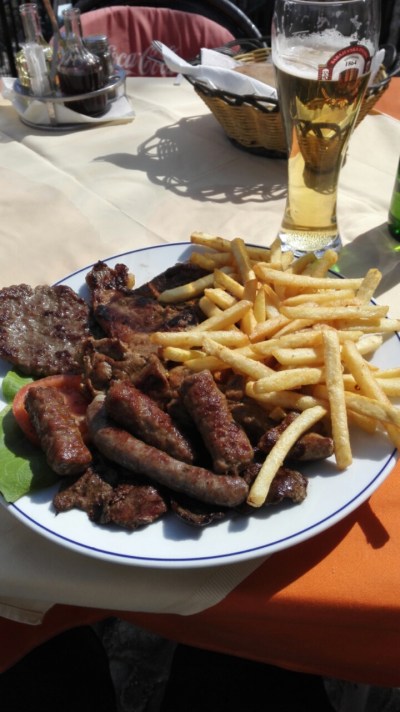 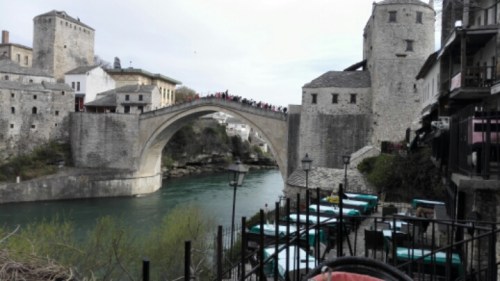 The bridge seen from the restaurant

After finishing my meal, I found a nice bar where I could enjoy the local beer. 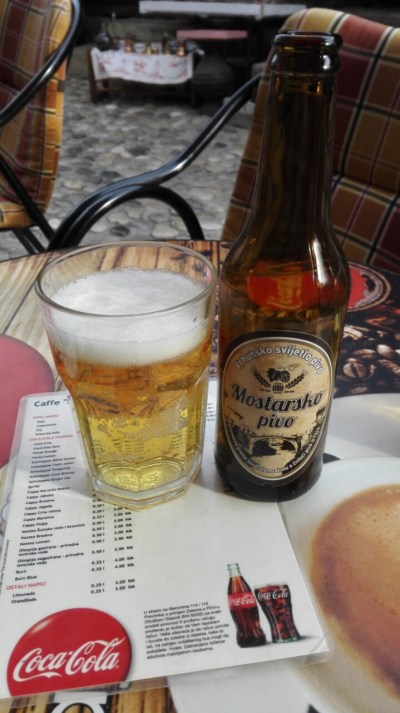 As I only had five hours in Mostar it was time to head back to the bus station. Somehow it felt nice to get away from the souvenir shops. 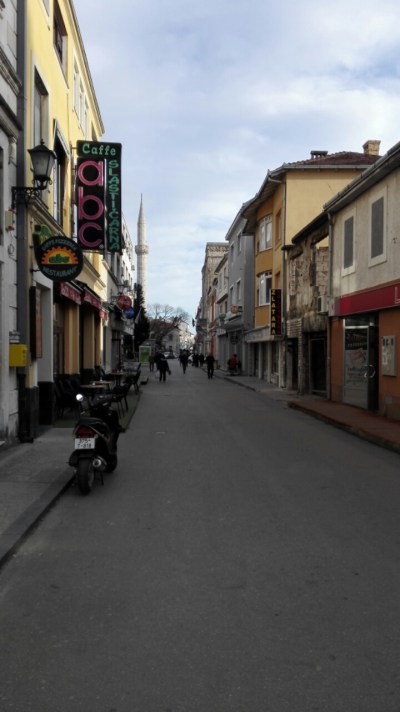 No tourist shops close to the train station

I found my bus, which was a lot fuller than the one to Mostar, but was lucky enough to get a seat. Some passengers had to stand for the whole trip.

I have had a great day, Mostar is beautiful, but in the end I think I like Sarajevo more.

6 thoughts on “A day trip to Mostar”