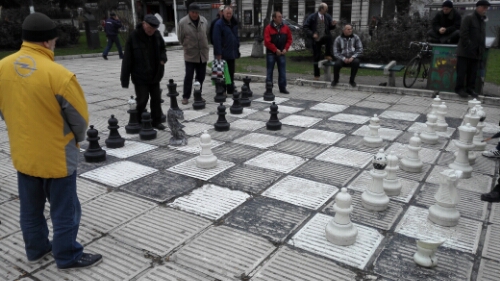 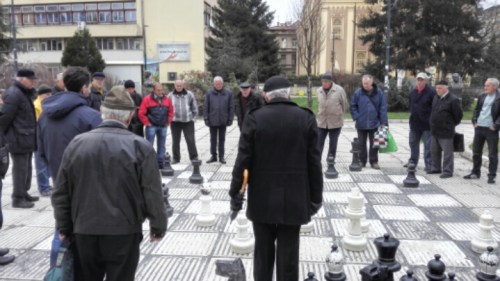 I watched for a while, and when I saw a beautiful rook sacrifice which, if accepted, would lead to a mate in three I quickly stepped up and offered my suggested move. The players were not convinced at first, and trying to explain the logic behind the move when I only spoke English and they only Bosnian was not easy. 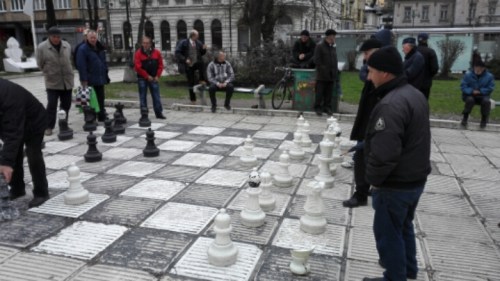 Luckily, chess itself is an international language and they eventually saw the logic behind my move and how it would lead to mate. I was so proud of myself. 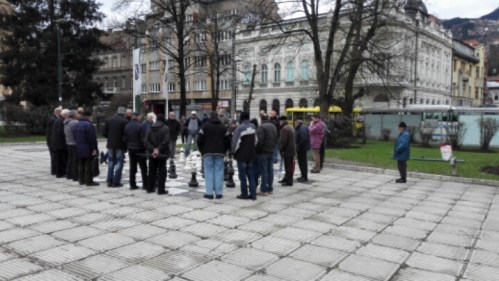 Who is playing and who is watching?

I was then offered to play myself, but that did not go as well. Playing against twenty opponents conversing together in Bosnian, many of them running around on the board pointing out weak and strong squares (I think), possible moves, threats and opportunities is not easy. I can safely say keeping my concentration was very hard. I played fairly good through the opening, but my playing style involves setting up traps and doing gambits, which can be quite hard when playing against twenty opponents instead of one. Someone would always spot my attempted traps. 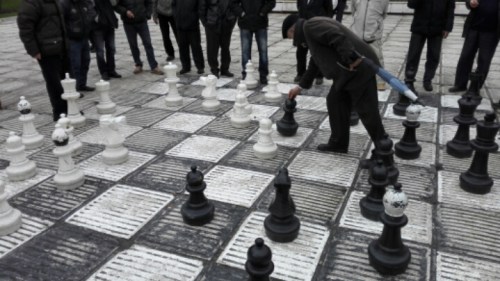 I ended up loosing, but had a great time. If you like chess, and are visiting Sarajevo I greatly recommend taking a look at these chess games. You will find them at the park adjacent to the orthodox cathedral.

My next chess games were in Osaka, Japan and Okayama, Japan

0 thoughts on “Chess in Sarajevo”