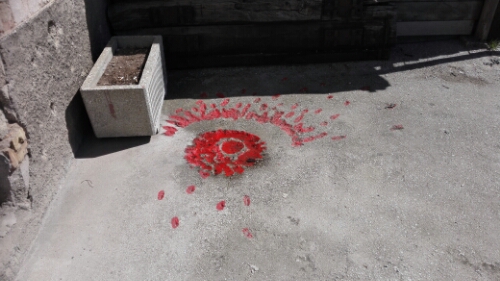 You might stop and wonder what they represent. The first one might not have caught your attention that much, maybe not the second either. But the third one? You wonder what they are. The fourth one? You are getting very curious.

They are called Sarajevo Roses, and are remnants from the siege. 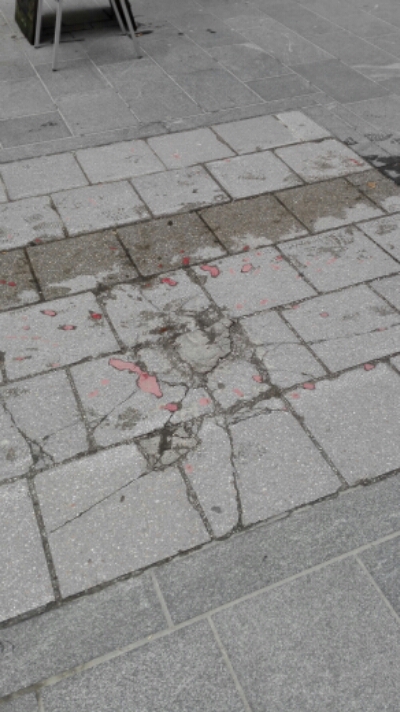 A rose in downtown Sarajevo

Sarajevo was covered with scars from artillery fire after the siege. For almost four years the Yugoslav army and Serb forces constantly shelled the city, dropping on average over 300 mortars on the city daily. The siege cost the lives of over 11.000 citizens of Sarajevo and Bosnian soldiers. 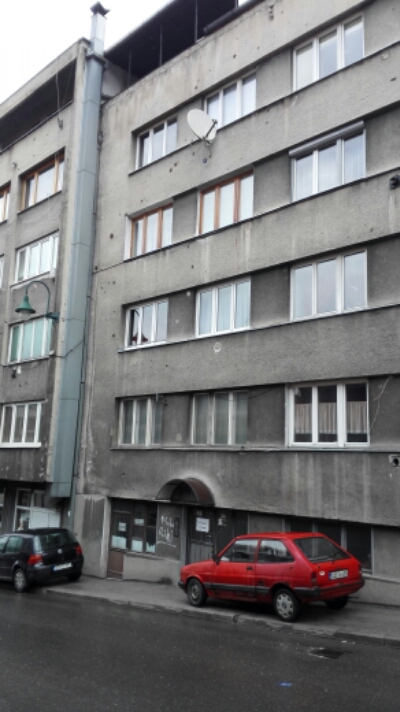 Many buildings still have marks from the war

At the start of the war, Serbian secessionists assumed they would be able to take Sarajevo in a short matter of time. The Bosnian army was practically non-existing and underarmed, the Serbs had taken control of the Yugoslav army and an international arms embargo prevented Bosnian forces from obtaining the necessary arms for defence.

The citizens of Sarajevo fought back, however, in the narrow streets it was easy to block a bigger invading force, and the Serbs were eventually content with sitting on the hills surrounding Sarajevo and bombarding the city. 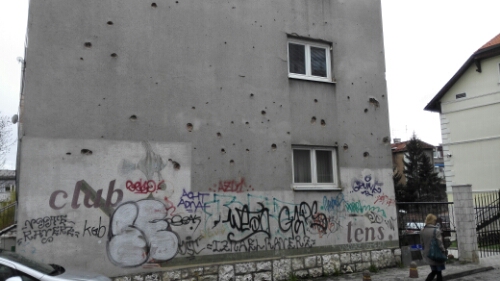 Already a week after the siege ended, local artists started to find ways of preserving the scars from the siege, a way of remembering the terrible sacrifices the people had to go through. On places where Serb artillery or tanks had massacred the citizens of Sarajevo, the visible scars of the shelling were now painted red, the colour of blood. To remember all those who died. A chilling tribute to all those who paid for the freedom of Bosnia with their lives. 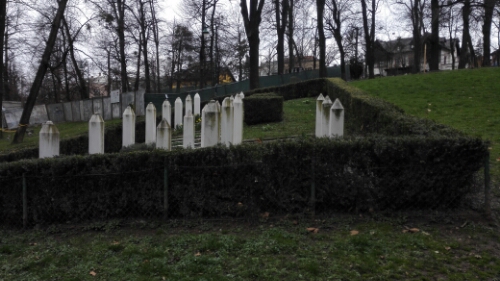 In a city under siege, parks become grave yards

Sarajevo Roses can be seen all over Sarajevo, but some have disappeared due to the repaving of roads. Hopefully, these roses can be preserved for the future, to remember what Sarajevo had to go through during the war.