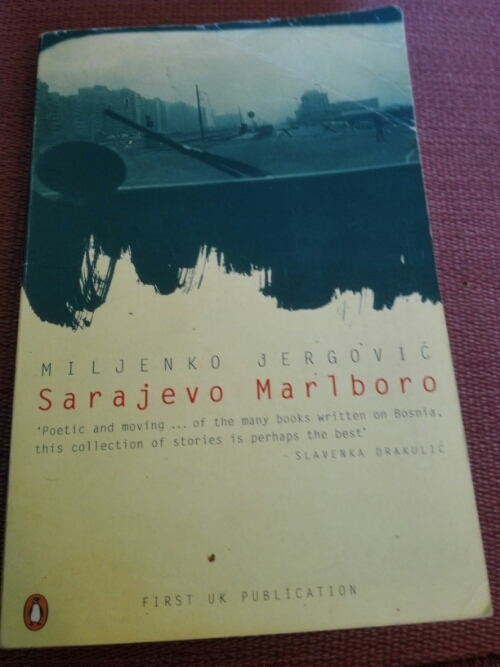 Sarajevo Marlboro is the first book of author Miljenko Jergovic, a journalist working for the Sarajevo newspaper Osloboðenje. This newspaper became famous during the Sarajevo siege, being printed every day except one. After its headquarters were bombed, it operated out of a make-shift bomb shelter. Five of its journalist were killed during the war.

The book consists of several short stories about Sarajevo and how the inhabitants of Sarajevo experienced the siege. With no plot running through the book, the stories instead join together to paint a picture of life in Sarajevo and Bosnia before and during the war.

There are still ruins left in Sarajevo from the siege

I really like how the book focuses on everyday events, showing how life went on, even during a siege. People still need to go on with their lives, even if getting food and water takes most of the day, and this book does a good job of showing how life was in Sarajevo during the war.

The book also does a good job of showing how the different nationalities in Bosnia are intermingled and connected. Every Bosnian, Croat, Serb or someone from a minority nation has some connection to the other nationalities. The book manages to show the futility of the war, how pointless it was.

I really liked this book, and would recommend it. Even if you are not particularly interested in the Bosnian War, it is still a good book and worth a read. The stories are well-written, the language is good and it was hard to put down at times. At only 150 pages it is not that long either.