Gate 19 at Oslo Airport isn’t just one gate, but six (Gate 19a-f) and has in the last years become famous among Norwegian travelers. As a temporary gate in use during the construction of a new terminal, it is far away from the rest of the terminal, and up until recently completely void of any place selling something to eat or drink. To get there you have to walk down a long and sterile corridor, it looked like a construction site. Recently the corridor has been covered with some weird art to give you something to look at while walking. It did not take long after its opening before a new Facebook group appeared, declaring their hate for the gate. It quickly became clear than even cabin personell closely followed this group (article in Norwegian. A girl running to make her flight at gate 19 was posting photos of this in the group and was met by a nice surprise when she finally boarded the plane). 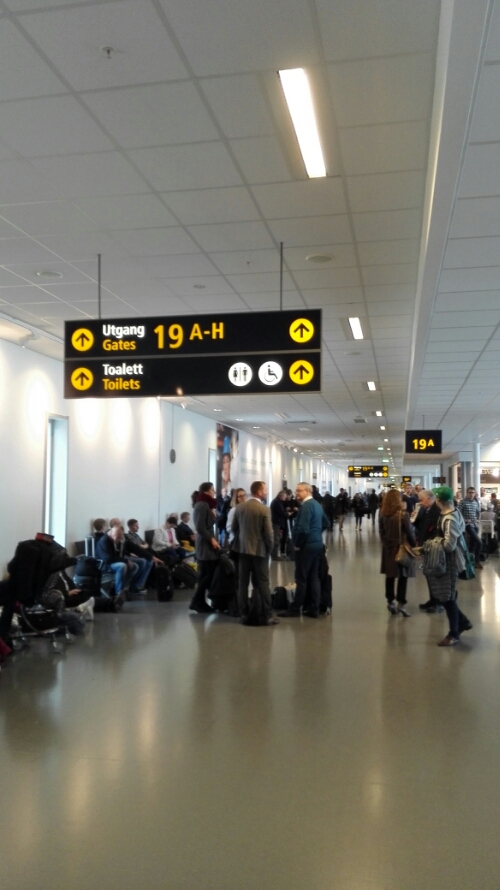 Personally, having traveled quite a lot and seen many international airports, I really can’t see what the fuzz is all about. Yes, it is a bit further than most gates to walk (how much further than gate 14 is it really?), and yes, most restaurants are in the main terminal, but compared to other airports it really isn’t that far. Gardermoen claims it takes seven minutes to walk from the main terminal to gate 19, I am quite sure it doesn’t take more time than four, maximum five, minutes. You can run there in two minutes I reckon. That is nothing! I have used an hour to get from gate to gate at Schipol when changing flights there. Yes, we had to pass through passport control, but that did not take any more time than twenty minutes, leaving forty minutes of walking from gate to gate. That is almost six times longer than the supposed time it takes to get to gate 19. In Hong Kong the distance between some gates was so long that there was an indoor train that took you to your gate. The walk to gate 19 is nothing! 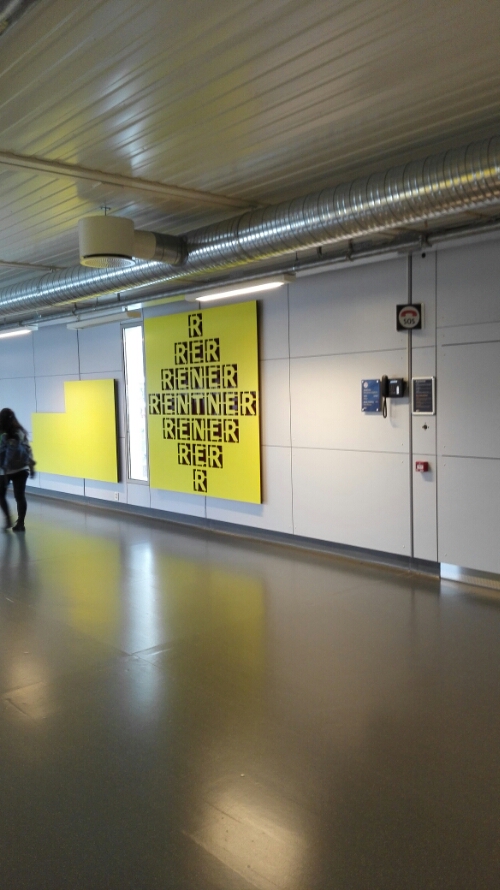 Example of art on the wall

Gardermoen is a small airport and will never be a big hub. It will never be as big as Schipol or Heathrow. There will never be a gate that is far to walk to. Compared to other gates at the airport, it can be a long walk, but compared to airports in other capitals gate 19 is just around the corner. 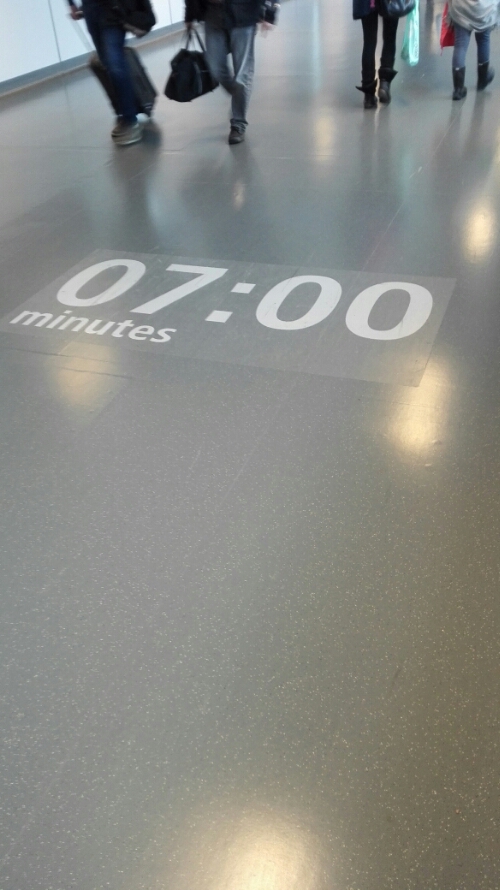 Does it really take seven minutes?

What do you think? Is it that far? Maybe you know gates at other airports that is a long way to walk to as well. If so, please share 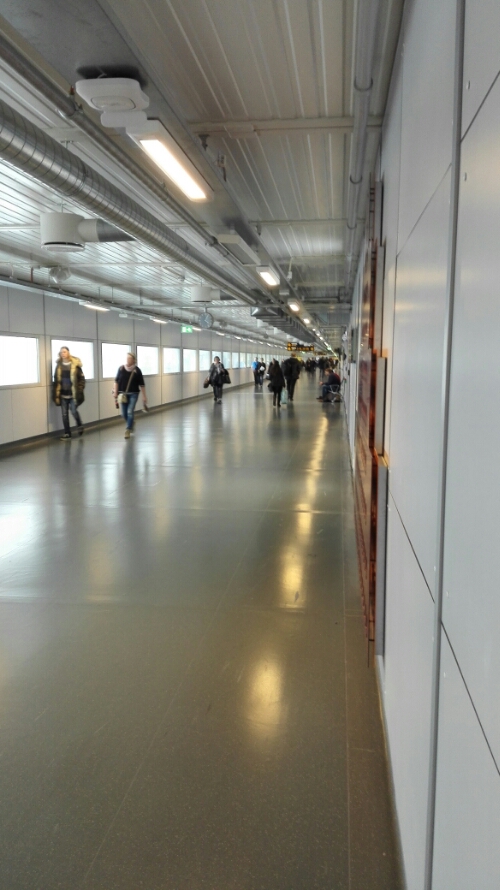 The corridor leading to and from the gate 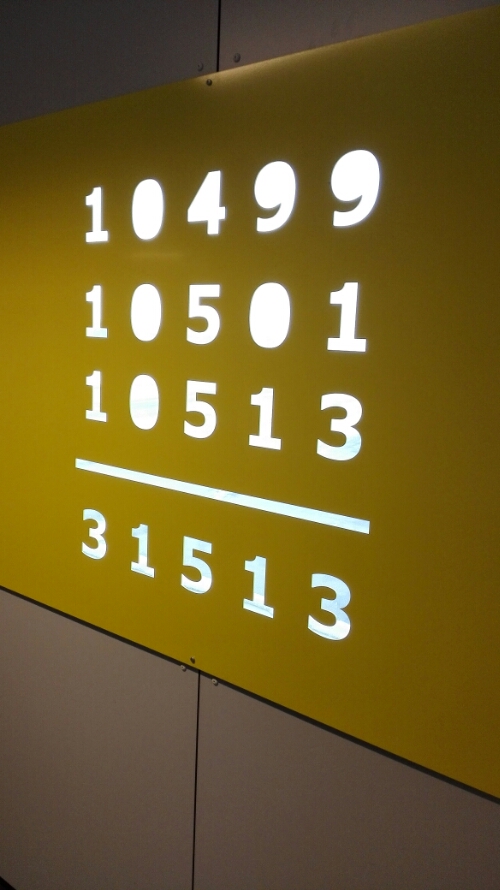 One thought on “Gate 19 at Gardermoen Oslo Airport”