I visited Jane Doe in Östersund in May, 2015

Jane Doe is a rock ‘n’ roll bar in Östersund. Situated in Prästgatan, the main street in the town, it has a great location. It lies in a small pink building opposite Systembolaget.

Jane Doe covers two floors, with the bar and some tables downstairs and a seating area upstairs. It is decorated like a true rock bar, walls covered with band posters, not much lighting, a lot of red and black colors. 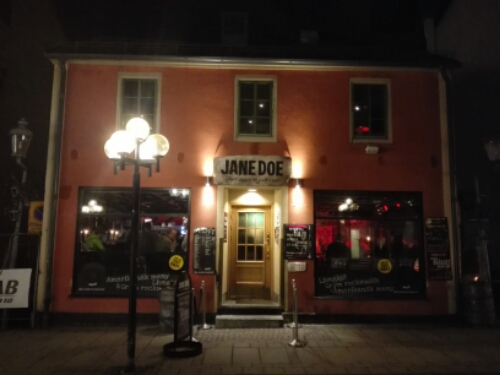 There is a large selection of beers and drinks as well as a food meny. The food served is mainly burgers but they also have ribs, steaks and bar snacks. The food can be ordered as take away as well. 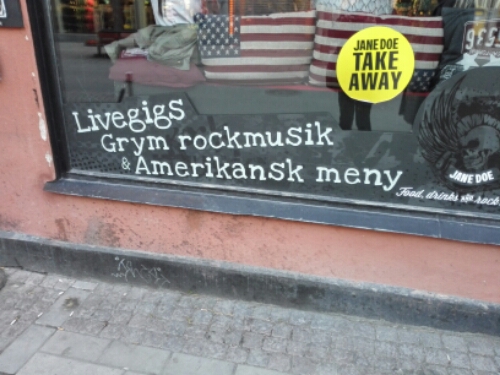 On our visit we tried the Baconater, a bacon burger with bacon fries and bacon bearnaise. It was delicious. The meat was almost perfectly cooked and there was enough bacon flavour to justify the name. If you love bacon, like I do, this is a burger you should try. Maybe not worth going to Östersund for, but if you are there you should give ot a try. 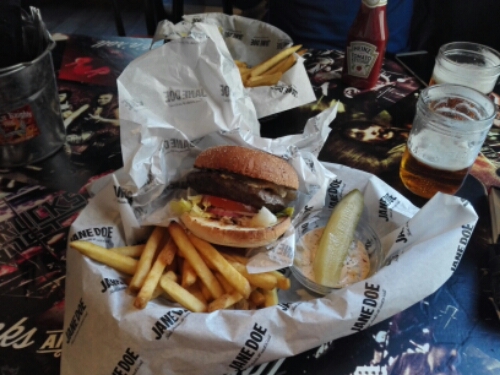 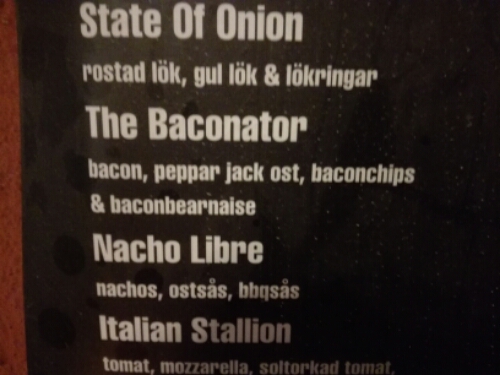 A sample of the menu.

Östersund is not a town with a huge young crowd, which shows in the clientele at Jane Doe. There is proportionaly many older people, it seems like few between the ages of 20 and 40 live in Östersund, but Jane Doe still manages to create a great atmosphere. At weekends there is often a DJ playing, although I wasn’t impressed by the quality of the DJ playing when we were there. 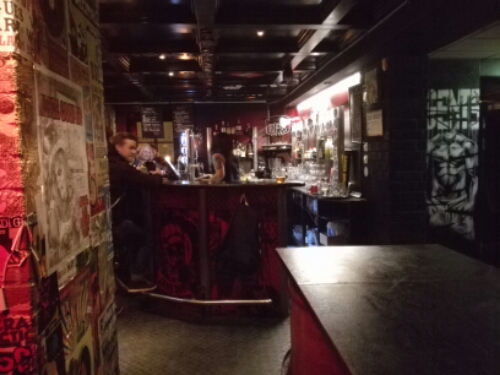 Jane Doe is open every day from 5pm, except fridays (3pm) and sundays (9pm). It closes every night at 2am. 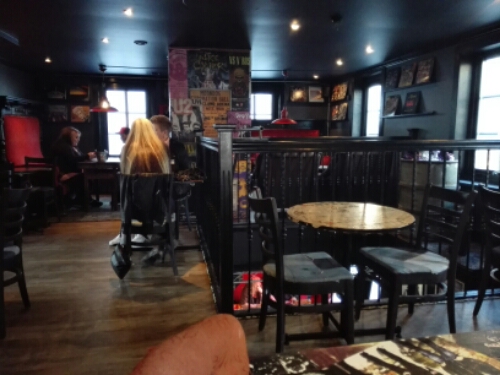 All in all, Jane Doe was a cool place. The food was good, it had a good selection of beers and we met several nice people when visiting. For a town like Östersund, small and not full of young people, Jane Doe still manages to draw a crowd. The food is good, the beer is good. If you find yourself in Östersund at some point, give it a try. 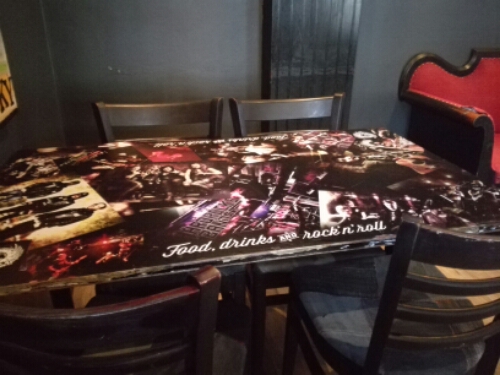 Even the tables are decorated with band pictures.