I took the train from Gatwick Airport to St. Pancras International. My hotel was only a short walk away. At first I planned to take a taxi, but the taxi driver told me to walk instead. It was a fifteen minute walk, but there was lots to see. I set off on my walk, watching themap on my phone. 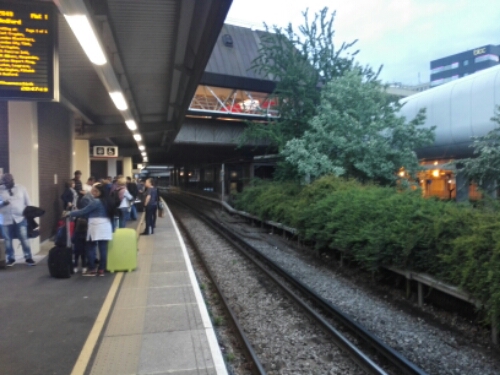 Waiting for my train at Gatwick Airport.

Eventually I found my hotel, it wasn’t an hotel but a pub which also rented rooms. Small rooms, shared bathrooms. Cheap. But it works for me. I won’t stay long in my hotel anyway.

The evening was spent walking around the King’s Cross area, after a while I stopped at a bar for a beer. As I finished it the bar closed. Perfect timing.

I went back to my hotel early, better to wake up rested tomorrow to get the most out of the day. London is a city that has much to offer, and there is much I want to see and do.

Here are some pictures from my walk. 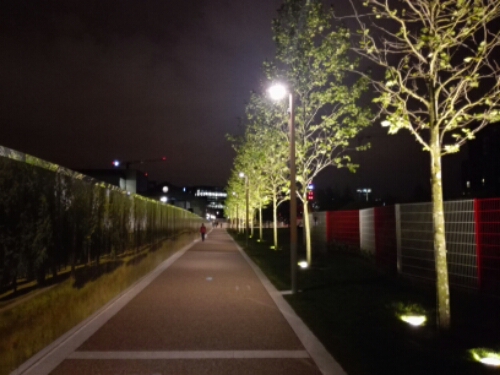 Nice road on the way to King’s Cross 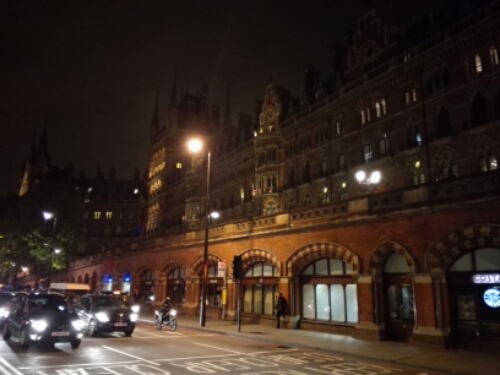 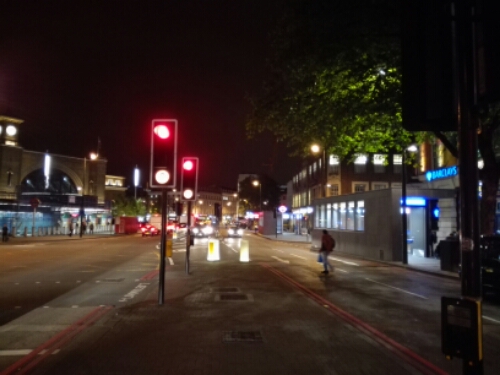 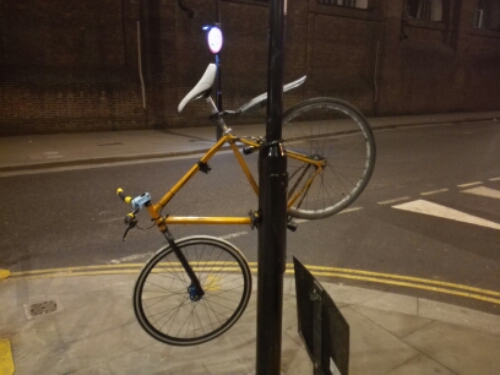 Nice way to lock your bike. 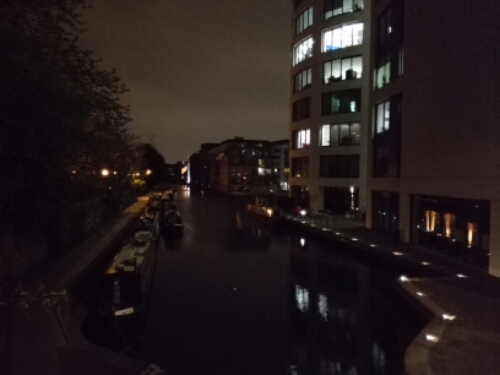 Om my way back to the hotel. 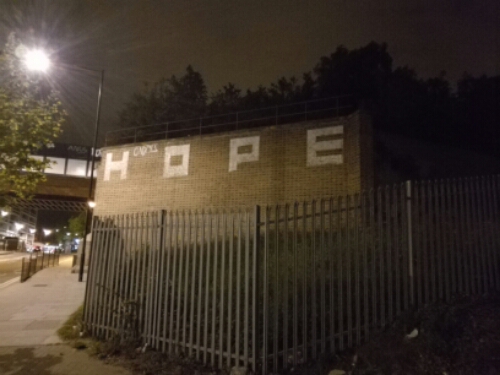 There is always Hope! 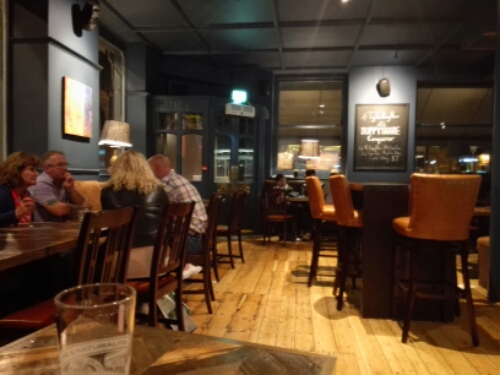 The Fellow Bar in King’s Cross

0 thoughts on “First night in King’s Cross in London”