I have arrived home from My weekend in London. My plane landed in Trondheim late last night, I went to bed as soon as I got home to at least get some hours of sleep before work tuesday morning. I was very tired at work still.

On my last day in London I checked out from my hotel just after 10am, my flight did not leave until 8pm. I had several hours in London to kill, had to make the most of the day.

I walked from my hotel towards King’s Cross Station, passing Granary Square and Regent’s Canal on the way. It was a beautiful day, the walk along the canal looked quite idyllic, and I decided to follow the Regent’s Canal to Camden Town. I love exploring new places by foot when traveling, and had never walked by this canal before. 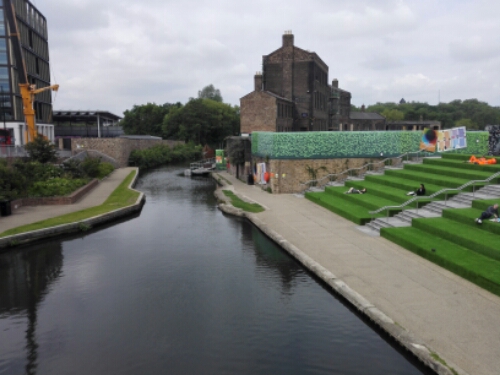 At first, there was being done some work on the walkway along the canal and a temporary walkway was built floating on the water. 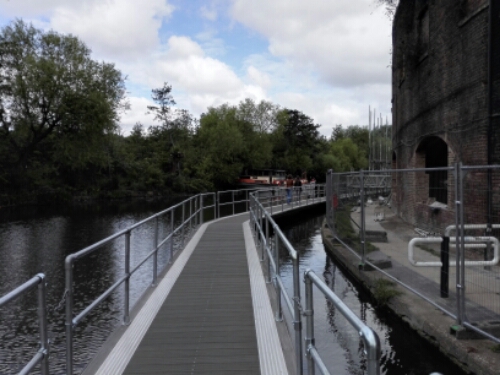 A few hundred meters later I came to a lock. A canal boat was using the lock at the moment. I stopped for a moment to watch the boat work its way through the lock. I found it quite interesting. 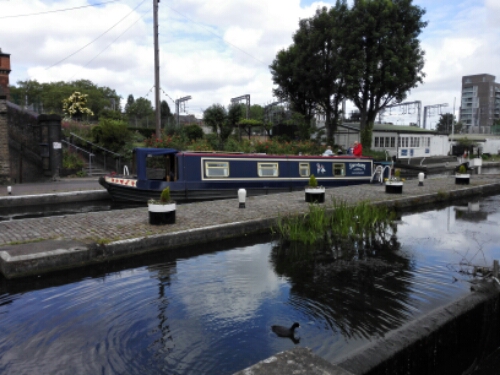 The lock and the boat on Regent’s Canal

I followed the canal all the way to Camden Town, there was so much to see. Boats passing by, cool buildings, old bridges, interesting bars.

The path along the canal was in much use. All the time I passed people either walking, running, biking or relaxing by the canal. 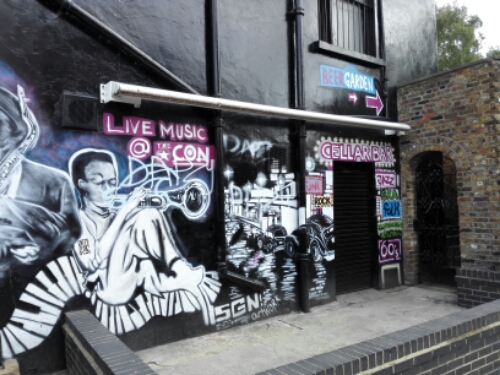 A bar and beer garden I passed. It was closed. 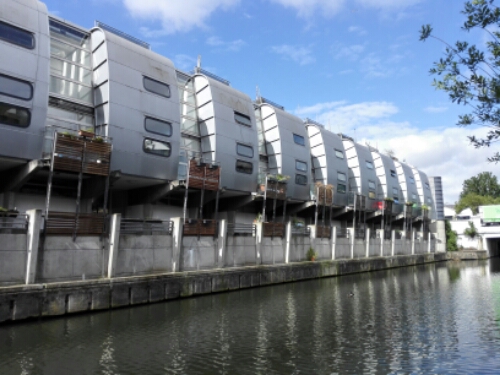 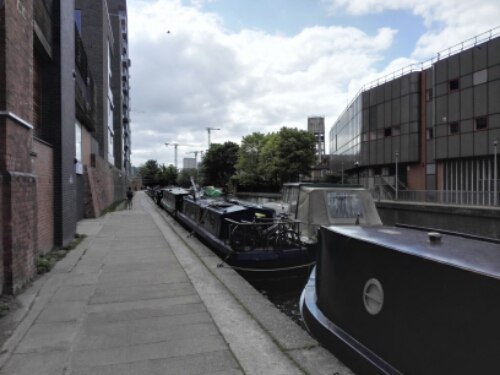 View along the canal. 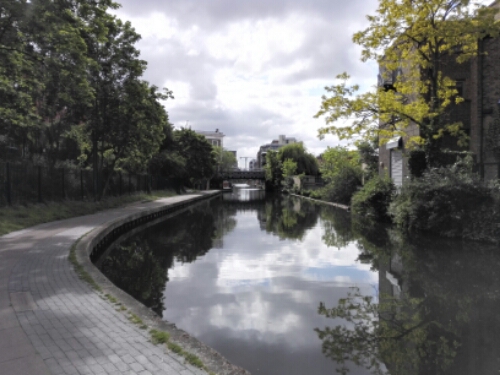 View of the canal. 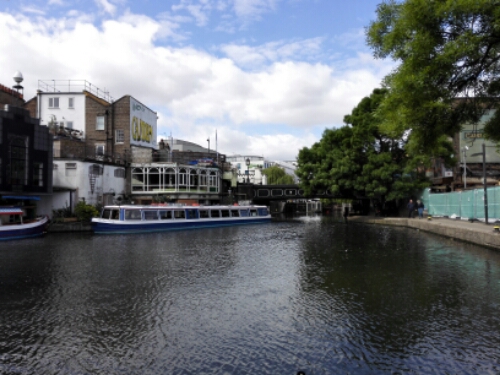 0 thoughts on “A walk along Regent’s Canal”