We visited Crescendo Prog Festival for the first time in August 2013.

The Crescendo Festival is held every year in the small town of St. Palais-Sur-Mer, just outside Royan, in Rocheford on France’s western coast. Royan is a small, seaside resort town in an urban area of about 37.000 people. The Crescendo festival has been held here every third weekend in August since 1999. Lately there has also been a Crescendo festival in French Guyana but due to financial difficulties, this festival has not been held every year.

I visited the Crescendo Festival in 2013. Some friends of mine were playing one of the days, and I was in Nice at the time. We rented a car and drove all the way up to Royan with a stop in Bordeaux. 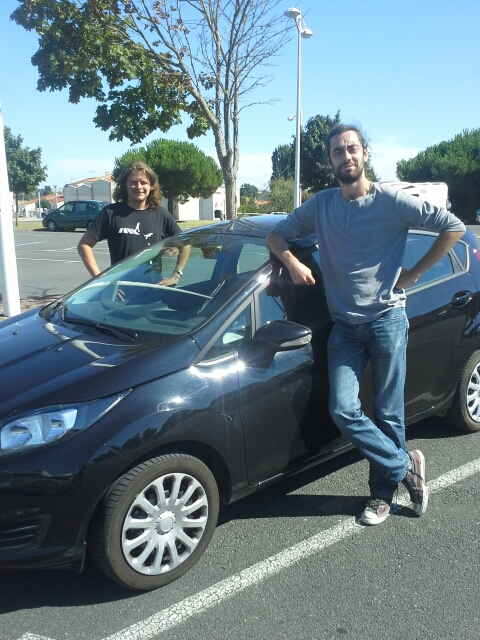 In Royan, we came only an hour before the festival started, we met Arabs in Aspic, the band our friends are playing in. They were staying in a nearby school, we crashed in their rooms to the great dismay of the organisers, who started to worry about fire regulations and number of occupants in each room.

The festival itself is quite small, only one stage and four bands playing every night. It lasts for three days and draws between 3000 and 5000 people each year. Entrance is free and it is possible to camp behind the festival area. Hotels in Royan at this time of the year can be hard to find. The festival even has it’s own drink, a sweet pink drink, of course called Pink Fluid. 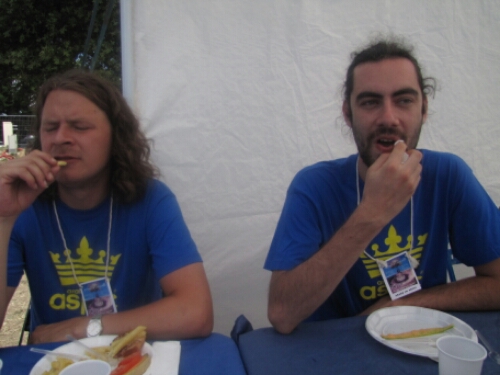 The festival has a really charming and intimate feel. The crowd is like one big happy family. During the two days I spent there I met so many nice people, and we would stay until late at night after the festival, having a few beers with those who were camping there.

There was a lot of good music too, although many of the bands had a tendency to be quite introverted and not have much of a stage show. I prefer bands that interact with the audience. 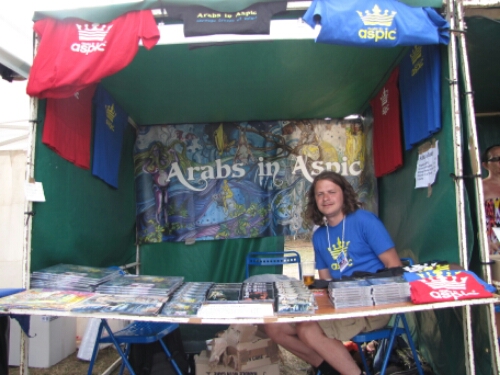 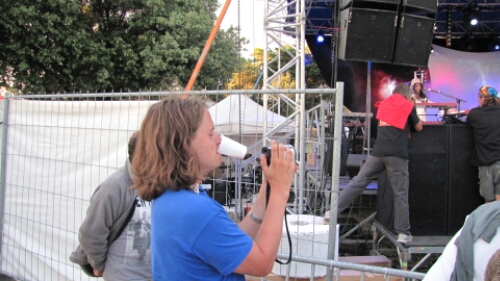 Busy taking pictures of the concert.

My friends in Arabs in Aspic did a great show, I helped after the concert in the merchandise stand and we sold so many albums and t-shirts. I had a great time selling merch and was quickly promoted to Onsite Happiness Consultant for the band. What a great title to put on my resume.

On sunday, the last day of the festival we had to drive back to Nice. We woke up around eleven for the long ride home. The way we shared the driving between us was that my friend drove, I paid. I could sleep for hours during the ride without feeling bad, knowing I paid for the rental car, gas and toll. Toll booths in France are organised in the worst way possible, creating huge traffic jams, making the journey hours longer. At one toll booth we were stuck for fifty minutes before traffic finally started moving again. 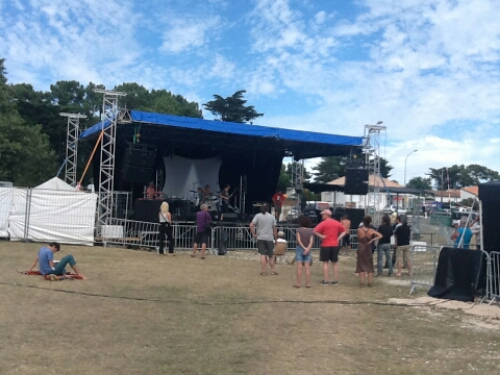 The stage. Picture taken before the concerts started.

The Crescendo Festival is a nice little festival by the sea in Royan, north of Bordeaux. I enjoyed my two day stay there and I am planning on returning again this year. Arabs in Aspic has been asked to play again. For prog fans, this festival is great. Much more intimate than other festivals I have been to, and it is free as well. I will be there in August this year, will you?

Here is the story from our second visit.

Check out Arabs in Aspic.