I visited the Laughter Lines Comedy Show in Dublin in July 2014.

We looked at each other, we both knew what time it was. In seven hours we had to take a taxi to the airport. We had promised each other not to be out late tonight.

Our trip to Dublin started with a missed flight. I made it just fine, flying from Trondheim after a week participating in the Norwegian Chess Championship. My friend had been in Berlin for a week and was flying from there. We would meet in Dublin.

Arriving in Dublin, the first thing I got was a text from my friend. He had missed his flight. Partying too late the night before, three hours of sleep wasn’t enough, he overslept, waking up when his plane was taking off. Two days later and 400 euro poorer he made it to Dublin. 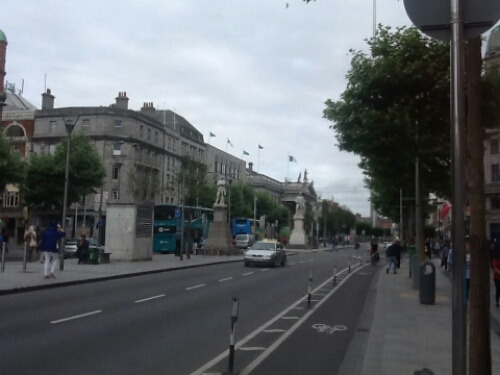 We were determined not to miss our flight from Dublin to Amsterdam! 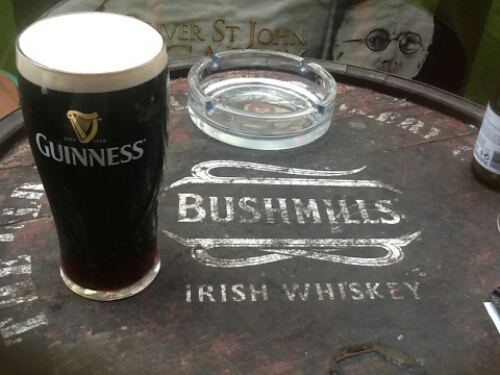 A pint of Guinness in Dublin is mandatory.

We went to a comedy show at the Duke, a bar in Dublin. Every wednesday a local comedy group, Laughter Lines, does improv comedy. It was really fun and we had a great time. Not many people showed up to watch this night, which allowed for a lot of audience participation. 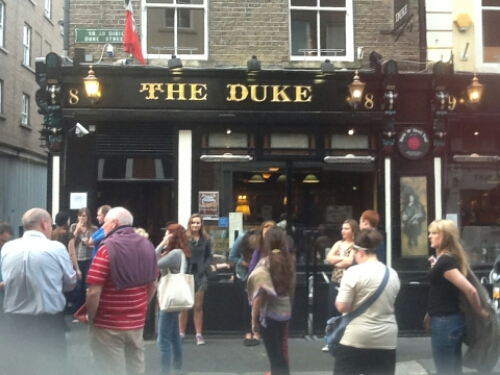 After the show we had a few beers with the performers, and it was when they were leaving for another pub, we had already stayed later than planned, that we both wished we were staying longer. We had a great time, got along really well with the comedy group, it would be so much fun to join them at the other bar. We really wanted to go with them, but at the same time wanted to catch our plane to Amsterdam.

We stayed strong, said our goodbyes and took a taxi back to the hotel as they headed off in search of a new bar. I’m sure it would have been lots of fun to join them, but we made our flight to Amsterdam and had a great time there. The missed night with the comedy group we had to get over, and we quickly did. 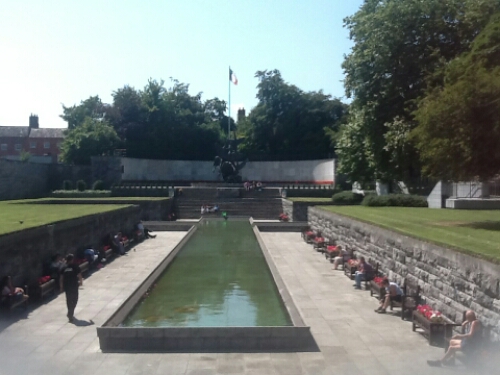 The comedy show, Laughter Lines, is held every Wednesday at 8.30pm at The Duke pub in Dublin. Admission is €5.

I found the show really funny. If you are in Dublin on a wednesday, you should go.

I almost always feel that the last night in a place I am visiting is the best. That’s when I meet the coolest people and have the most fun it seems. I don’t know if it is because I have to leave and think of all I will miss, or if it is because I have gotten to know the place better during my stay. Do you have it the same way? Maybe you have a theory why it is this way as well?