Most people know that Tokyo is the capital of Japan, and before that it was Kyoto. What most people don’t know is that before Kyoto, Nara was briefly capital, the first permanent capital in Japan.

Today Nara is a small town, it seems very small after having been to Tokyo and Hiroshima. None of the high rise so prevalent in Tokyo is to be seen, here there are only small two storey houses and every now and again an apartment block rising no higher than eight floors. It is not a Shinkansen train that takes you here either, rather an older local train. While still a city, Nara feels a lot more rural than Tokyo and Hiroshima. 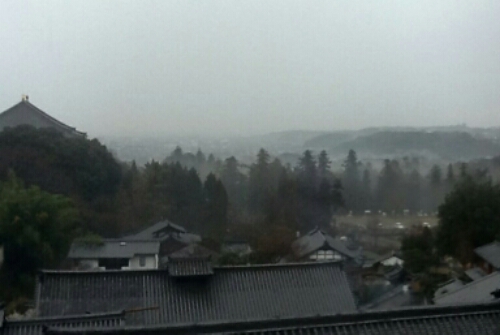 A view of the temples of Nara

Nara became Japan’s first capital in 710. Up until then it was customary to abandon the royal castle upon the death of an emperor to set up royal court somewhere else. As the court and number of government offices grew, this practice became very costly and Nara was set up as a permanent capital. It did not stay capital for long, in 784 Emperor Kammu moved to his capital to Kyoto, to get away from the influence of the powerful temples in Nara. 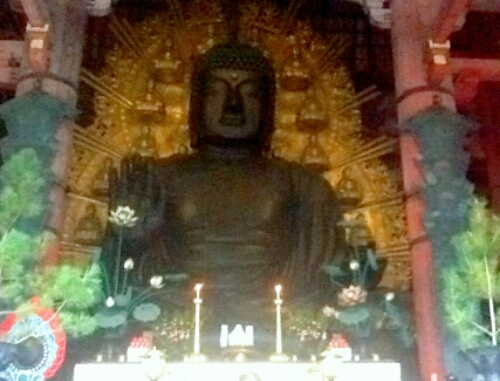 The Great Buddha Daibatsu in Todai-ji

Even though the temples still retained some political power, the town of Nara almost disappeared after the royal move. Today’s city of Nara has grown in recent times and is now capital of Nara Prefecture.

I got of the train, took a taxi to my hotel. A small ryokan run by this very nice, old lady. With only two rooms it was quite the family-run business. The hotel in one part, the family’s rooms across the garden. In the middle lay the pavilion in which breakfast was served. I loved the place, it felt so much more like the real Japanese thing than the business hotels I had been staying in. 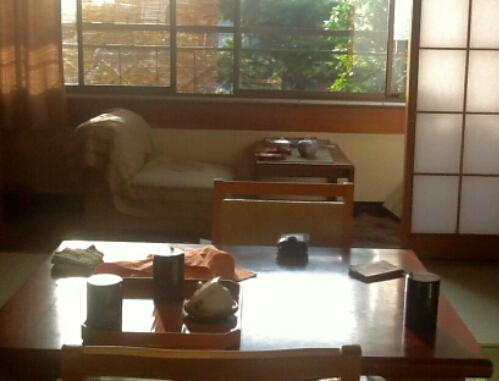 My ryokan in Nara

After an hour rest in my room, I ventured out into the streets of Nara. The main street was only a few blocks away.

As I got to the main street, which also led to the temple complex, I was struck by how many westerners I saw. Almost every other person I saw seemed to be a tourist, I could hear American being spoken all around me. Clearly Nara is on the American tourist trail. 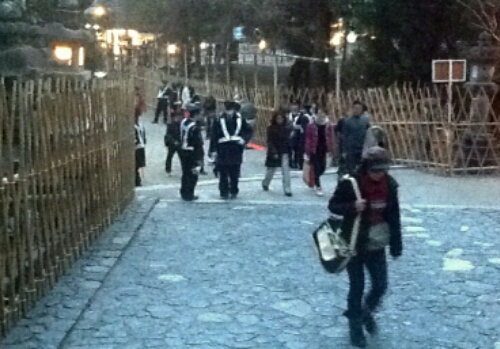 On my way to the festival

I headed into the temple complex and ended up in the middle of a large, annual religious festival. You can read about the festival here.

The next day, my only full day in Nara, I had planned to further explore the temple complex. I let my self sleep late, and woke up to the sound of heavy rain drumming on the roof. I looked out the window, it was pouring. I could not miss the opportunity to explore Nara though, and set out into the heavy rain. Luckily the lady running the ryokan had an umbrella I could borrow.

I wandered towards the temple complex, and just like in Miyajima quickly noticed how many deer there were. 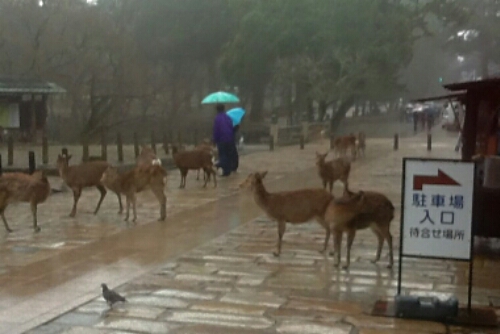 The deers of Nara

Deer from this area is according to local folklore sacred. It was an offence punishable by death to kill deer, the last record of this happening is from 1637. The deer of Nara was designated as a national treasure by the government after World War Two and is protected as a part of Japan’s cultural heritage. 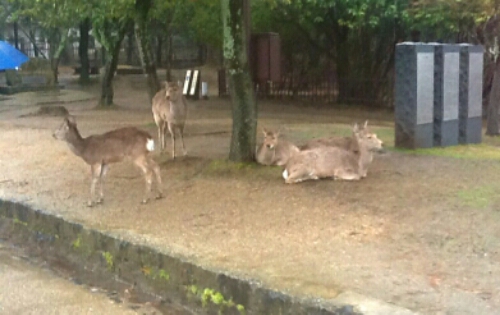 There were several vendors selling deer biscuits, I though it would be cute to buy some biscuits and feed the deer. It was a mistake. No sooner had I paid for the biscuits and received them, before I was attacked by deer. Every deer close enough to observe the transaction knew exactly what was going on and ran towards me. I did not have time to open the packet of biscuits before they were upon me. Ramming me with their heads, biting my thigh. I started handing out the biscuits, soon I gave up and threw all the biscuits into the pack of deer. Once again they knew exaxtly what was going on and immediately stopped attacking me. Those were intelligent deer. 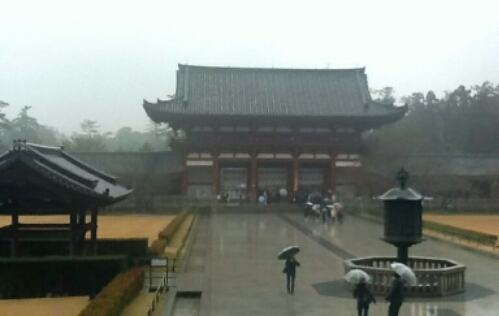 Todai-ji in the rain 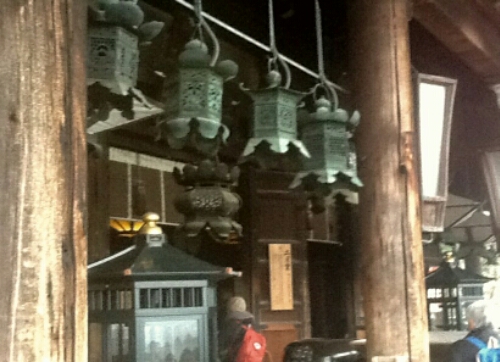 A shrine in Nara

I used a few hours to explore the temple complex, a UNESCO World Heritage site. It was still pouring, I was staying as far away from any deer as possible. By this time I was dripping wet, cold, hungry. All I wanted was a hot bath and something to eat. It was miserable in the rain. I headed back to the hotel, bought some take away food on the way. A bath has never felt that good. 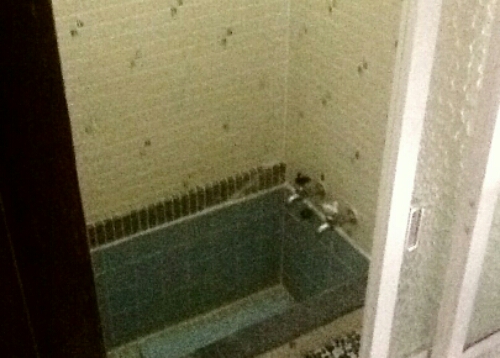 Time for a bath

The rain only seemed to get heavier, as I got out of the bath the wind had picked up as well. I stayed in my room all night, used the opportunity to write in my travel journal, I even got some laundry done.

Early next morning I got up early, was served a traditional Japanese breakfast in the hotel. Then I headed for the train station. My visit to Nara might have been somewhat ruined by the rain, but having that quiet day, in a small and quiet city like Nara, was just what I needed before heading back to Tokyo. Huge, loud, never quiet. 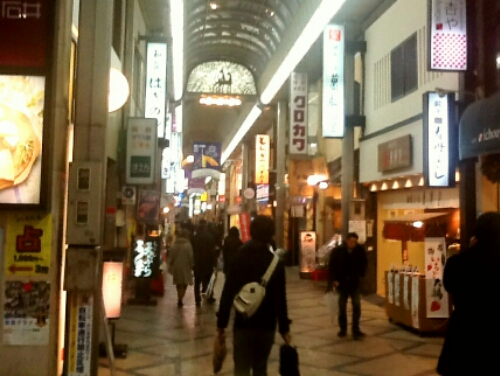 The easiest way to get to Nara is by train. Take the Shinkansen to Kyoto and change for a local rain there. Its proximity to Osaka and Kyoto makes it a great one-day exursion if you are staying in one of those cities.

I returned to Nara in July, 2015, with a friend. Read about my visit as as as a guide in Japan’s first capital.

For more information about Nara, check out my guide to Nara.