I never like to plan my trips too much. I usually have a list of things I like to do, but have no plan of completing the list. I’m always open for new ideas and plans when travelling.

I ended up in Nara by chance, and as it turned out I could not have come on a better day.

As I travelled from Tokyo, heading south, first visiting Hiroshima and next Fukuoka, I kept asking every Japanese I met where they thought I should go. Nara was suggested more and more, as soon as people heard of my interest in history they suggested Nara. I had to go to Nara. 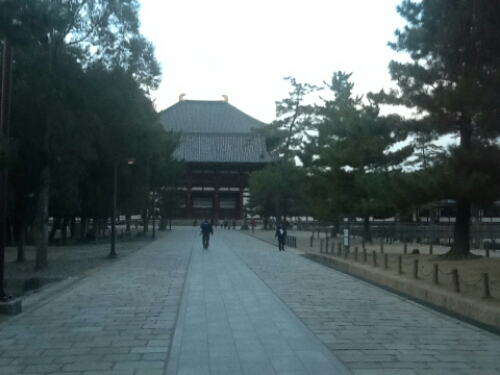 Nara was the first permanent capital of Japan. You can read more about Nara here.

On the train from Kyoto, a local and slow train as no bullet trains went to Nara, I was reading in my Lonely Planet guide book. The book mentioned Omizutori,  a traditional Japanese festival being held in Nara on March 12. Huge torches being paraded at a temple, raining down embers on the crow to purify them. I made a mental note of it. 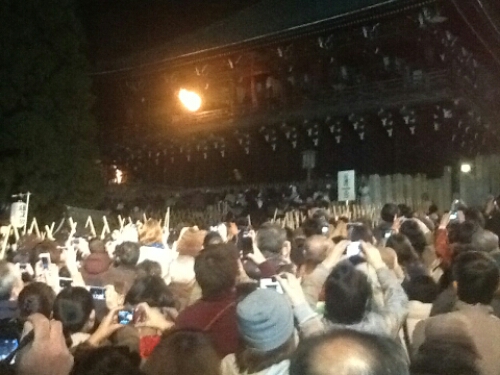 One of the torches at Omizutori

When I checked into my ryokan, the lady in the reception showed me a map of Nara and what I had to see. Her English was not good, but she kept pointing at a temple and repeating the word festival. I now knew where to find the Omizutori festival.

The temple was a half hour walk from my Ryokan. As I got closer, I noticed the increasing number of police officers around. Japanese police officers are the coolest police in the world. So polite, a large part of their job is to help people find their way through Japan’s illogical street systems. They also carry lightsabers! 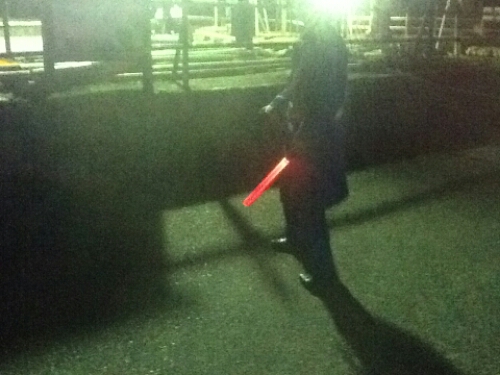 A Japanese police officer with his lightsaber.

I arrived at the temple where the festival happened, the place was packed. The next two hours consisted of waiting, I also noticed how the flow of new arrivals stopped. I wondered why. 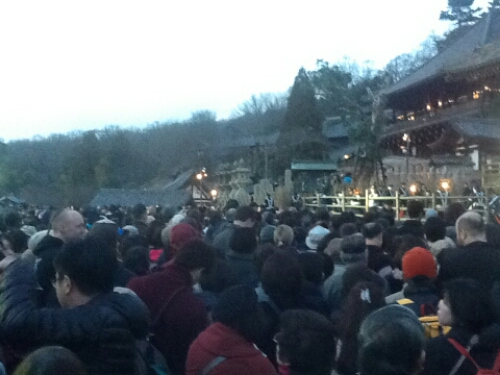 Waiting for the Omizutori festival to start

I have no idea of how many people there were there altogether. There had to be at least ten thousand. And we kept waiting.

Finally, it had gotten dark, the monks started bringing out the torches. Huge flaming torches, at least a meter wide at the end, carried through the wodden temple. Must me quite a fire hazard I thought. 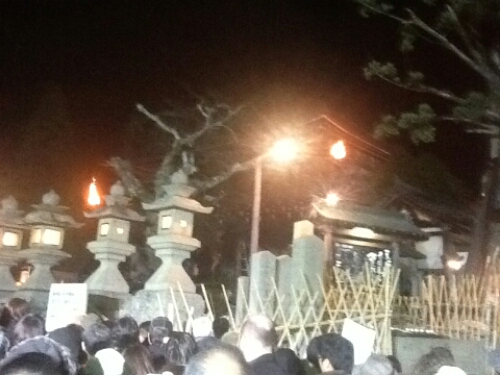 The torch in a wooden temple.

To let everybody who had come get a chance of catching flying embers from the torches, we were given a chance to walk through the temple ground. Here you could see Japanese organisational skills at its best. 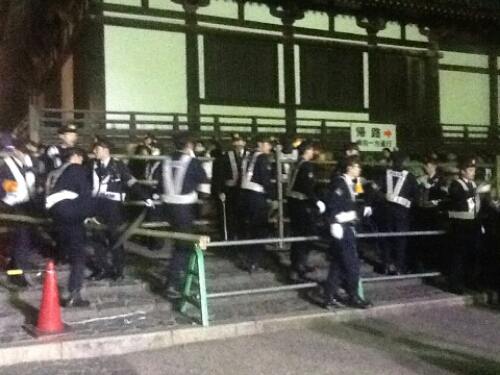 There were plenty of police there.

Hundreds of police officers were on duty to handle the crowd. To avoid the temple grounds being too packed ten police officers carrying a rope would suddenly jump into the crowd to separate it and let one group in while the others eaited. Inside a police officer was stationed every other meter to tell people to hurry along. 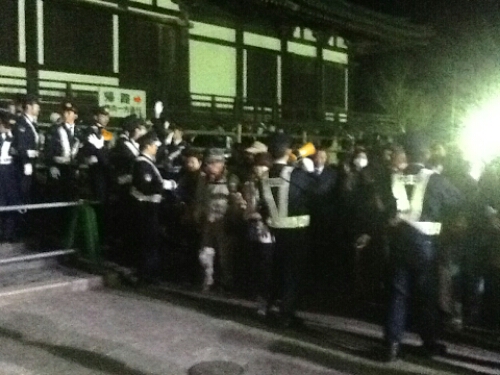 I also saw why there had hardly been any new arrivals after I left. The police had blocked the road up to the temple, just after I passed, and people had to wait at the bottom of the hill. They were now being led up the hill by the police.

Eventually I found myself as close to the torch as I could get, but were unable to catch any embers. We kept walking through the temple compound until we got out, the crowd dispersed. I walked down to Nara itself where I found a restaurant. I was getting quite hungry. 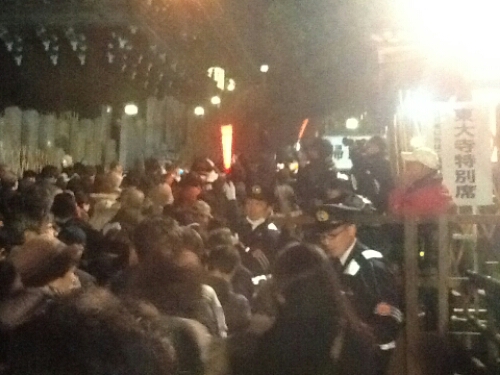 Passing through the temple grounds.

I must have been at the temple for over three hours, most of it waiting. But it was an experience and I am glad I went. Japanese religion is so different from Christianity, the main religion in Norway. It is fascinating to observe their rituals and how their festivals are. It was a great start to my two days in Nara. 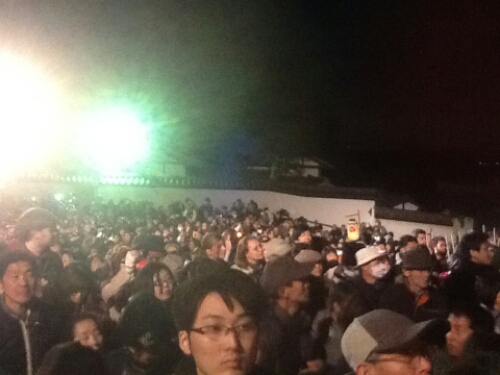 The crowd behind me.

Sorry about the quality of some of the pictures. I only had my iPad with me and it does not take good pictures in the dark.

0 thoughts on “Omizutori, a Festival in Nara”