I had a japanese breakfast at a ryokan in Nara in March, 2014.

In Nara I stayed in a small ryokan run by this very nice, old lady. I stayed there for two nights, and even though I had opted out of paying extra for breakfast included, the morning of my departure she offered me breakfast anyway. I had a train journey to Tokyo ahead of me and a good breakfast before leaving would be great.

Breakfast was served at eight o’clock in the morning, she called up to myoom to let me know it was ready. I headed down from my room, to the tea house in the garden. I’m not much of an eater just after waking up, it takes me a few hours before my appetite starts working, and before me was a feast. 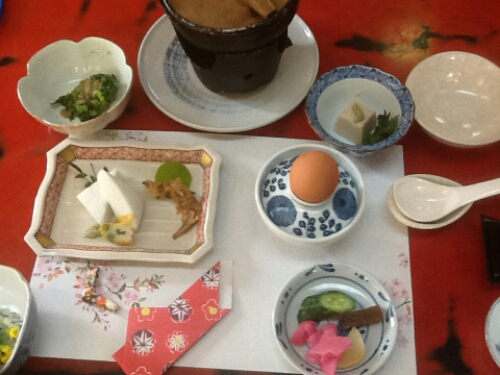 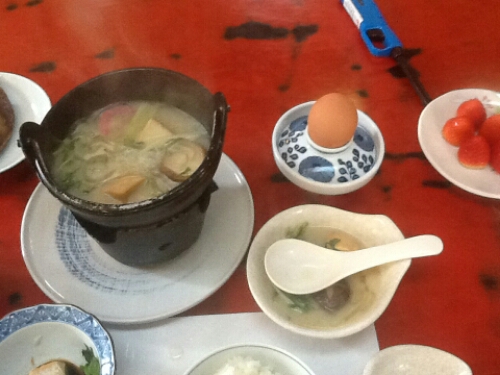 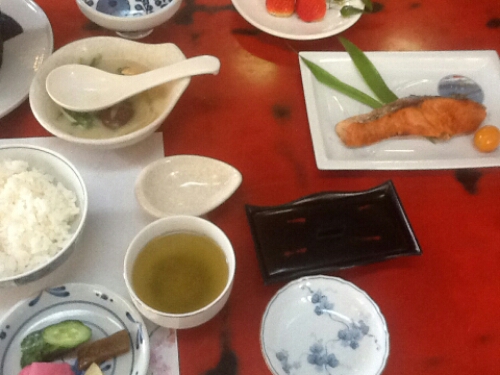 White miso soup, various fish, tofu, pickeled vegetables, an egg, tomatoes, fish cakes, rice. A huge Japanese breakfast. I ate as much as I could, and some more, but it hardly looked like I had touched the food. I felt really bad, hoping they did not think I had not liked it. It was delicious. 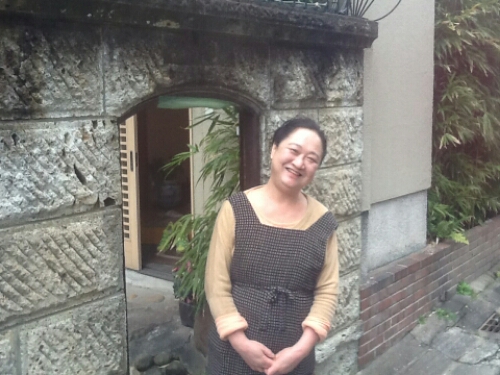 The nice lady running the Ryokan.

The lady running the ryokan did not seem to mind though, when I checked out she kept showering me with presents and stood waving outside the ryokan until I had disappeared around a corner.

If you are in Japan, try staying in a traditional ryokan and have a real Japanese breakfast. It is quite an experience. 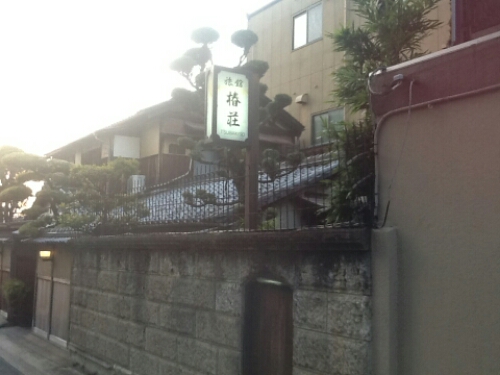 0 thoughts on “Japanese breakfast in Nara”