I read Sixty-Nine by Ryu Murakami in June 2015

Ryu Murakami has often been called the Japanese Brett Easton Ellis, his novels filled with sex, drugs, crime and the Japanese underworld. Sixty-Nine is his third novel, first published in 1987. The novel a coming-of-age story with autobiographical elements.

Sixty-nine follows the seventeen year old Kensuke Yasaki, who prefers to be called Ken. As a high school student in the late sixties he loves Rimbaud, the Stones, Jimi Hendrix, independent films, hippies and Janis Joplin. Not so much because he is interested in art or politics, no, more because it seems like being into these things is the best way to get girls. You see, Kensuke is a virgin, something he would very much like to change. Preferably with assistance from Kazuko Matsui, the most beautiful girl at his school. 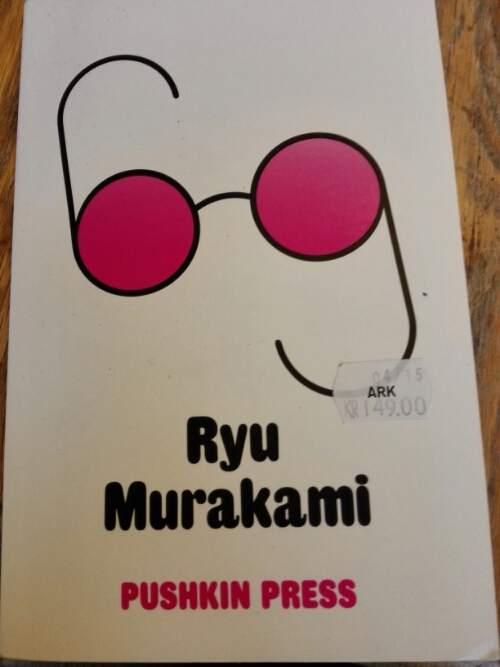 He ends up organising a festival just to impress girls, maybe not the best reason for doing so, and the book follows his preparations up to the big event.

Sixty-nine is a well written book, easy to read and with a catching story. Ryu Murakami has a way of writing that makes it hard to put the book down at times. It did not take me a long time to finish the book. I also found myself laughing out loud over some of the passages in the book.

The book gives a good insight into how it was in Japan for the generation that grew up in the sixtees. The hippies of the west are well known to me, but I have little knowledge on what went on in Japan at the time. How do the young people rebel in such a different society?

This was my second book by Ryu Murakami, and just like the first one I read, In the Miso Soup, I enjoyed it. Funny, well-written, plenty of irony. This is a book I have no problems with recommending, even if you are not specially interested in Japan.