There is a wonderful German bar in Tokyo called Lorelei. You can find it in a basement in Ginza. It can be quite tricky to find, but offers a great experience. In lies in the west of Ginza, between the Yamanote line and Taimei Elementary school, on the way from Ginza towards Tokyo Station. It is in a basement, the entrance right next to a tobacco store. We found it by chance on my first trip to Japan, I have had to look for it on later visits.

The patrons are mostly salary-men looking to wind down after a long day at work, it can get quite lively. The bartenders are dressed in traditional German costumes. The bar offers German food, German beer and karaoke. 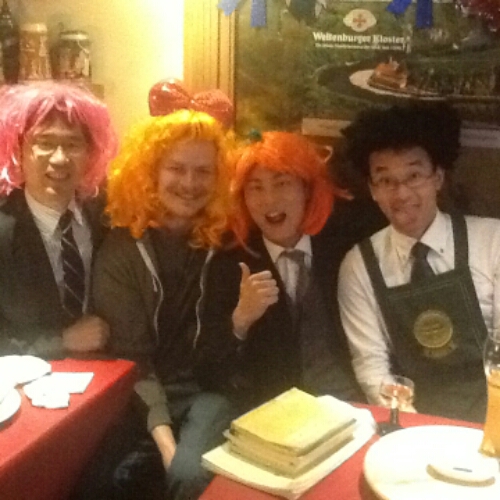 The bar offers a large selection of wigs to wear. Here I am with three salaryman.

The sausages are really good, but quite spicy. It is nice to wash them down with a cold beer, of which Lorelei has many. 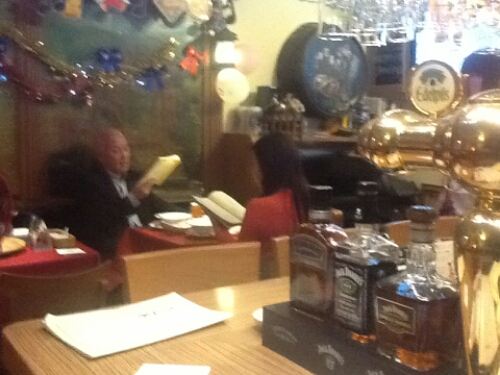 Lorelei. Everyone joins the singing

Sooner or later, the karaoke machine will be turned on, and both the patrons and the staff will sing. There are many english songs in their playlist, so there is ample of opportunity for you to join in. I have sung many a song there. Japanese people love when foreigners sing karaoke, you will become very popular. 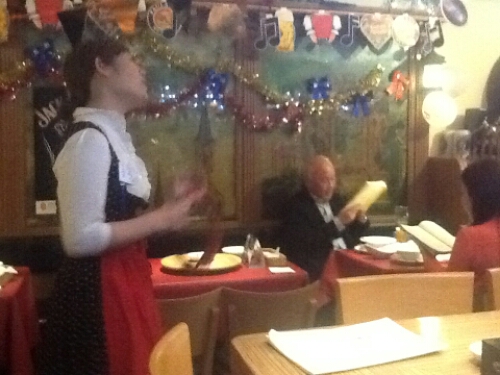 The staff sings karaoke as well. Some of them are really good

If you ever are in Japan, and want to visit a German bar in Tokyo, you should try to find Lorelei and pay a visit. I have always had a good time there.

3 thoughts on “Lorelei, a German bar in Tokyo”