I visited Hiroshima Castle in March 2014.

Today Hiroshima is once again a vibrant city. At night its streets fills with people going to a restaurant, bar or pachinko parlour. Its streets are noisy, packed with people. During the weekend it can be hard to find a table at a restaurant. There are hardly any signs of the atomic bombing left. With some exceptions, only the Memorial Peace Park and Genbaku stand as a remainder of what happened seventy years ago.

After the bombing, reconstruction of Hiroshima quickly began. In 1949, the Hiroshima Peace Memorial City Construction Law was passed. The law helped to provide funds and assistance for reconstruction, as well as donating land previously owned by the national government. Being a City of Peace also made Hiroshima become host of several peace conferences, gaining international recognition. 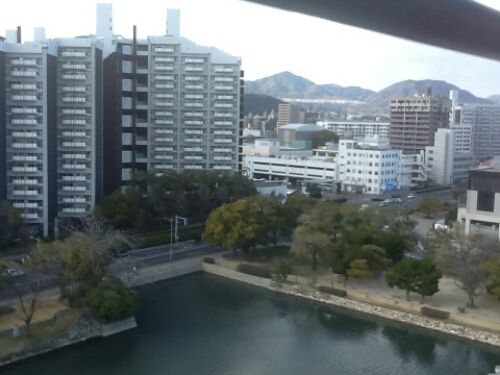 Hiroshima does not at first strike you as a beautiful city. Rebuilt after the war in concrete and brick. An urban jungle. Neonlights and apartment buildings. Just like most other Japanese cities. But just like any other Japanese city, the beauty isn’t in the whole. The beauty is scattered around, hidden. European cities are beautiful as a whole. Wide avenues, old architecture, trees linimg the roads. Picturesque scenes wherever you look almost. Cities that are beautiful when wieved from the outside and above. 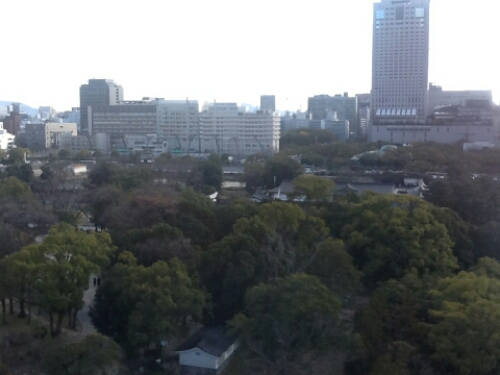 Japanese cities are beautiful too, but in a different way. The beauty is hidden, spread around the concrete cities. Street after street of similar-looking apartment buildings. Same gray or brown colour. Not beautiful at all. Suddenly there is a park, or a shrine. A castle or a graveyard. Little gems of beauty among the exhaust and urban noise. A perfectly planted garden i between the dreary buildings. 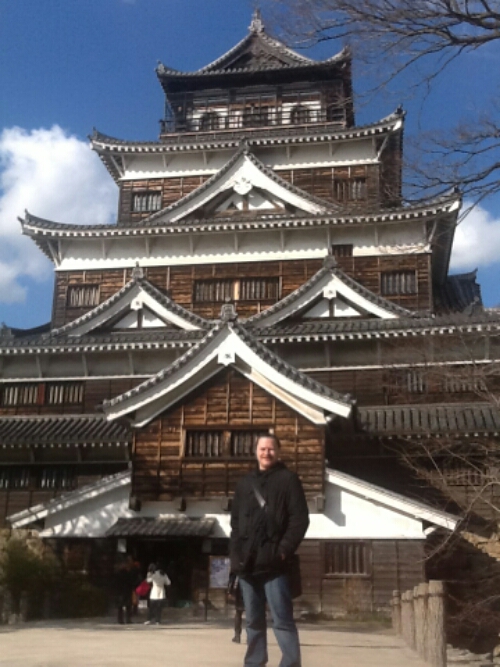 So too in Hiroshima. The Peace Park is of course one such place, also a park kalled Shukkei-En I will write of later. And the you have Hiroshima castle and the castle grounds.

Only some hundred meters from the hypocenter of the bomb stands Hiroshima Castle. This is where Emperor Meiji resided when the Japanese government temporary moved here during the first Sino-Japanese was. Standing this close to where the bomb exploded, the castle was completely destroyed. It has since been rebuilt. Inside is a museum showing the history of Hiroshima in feudal times and from the top is a great view of Hiroshima. 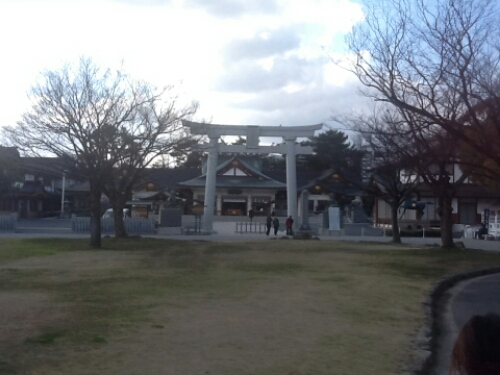 A Tori in the castle garden.

Surrounding the castle is a beautiful garden, a moat as well as the outer walls. Since this is Japan, of course there is a souvenir shop. In the garden is a tree that survived the explosion, its massive trunk must have been strong enough to survive the blast. Today it looks as healthy as ever. It hasn’t turned into some kind of superhero tree from the radiation either. 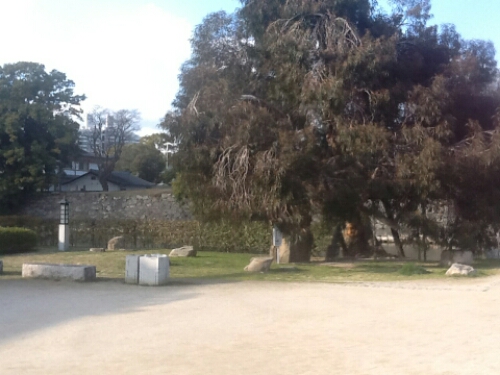 The tree that survived the bomb

The job of rebuilding the castle has been done with great skill and care. Not only the castle, but also the castle grounds have been restored to their former glory. It becomes a nice park in the middle of Hiroshima. In a city where almost everything is less than seventy years old, it is nice to find what looks like an old castle, even if it has recently been rebuilt. It shows that there is more history to Hiroshima than just the bomb. 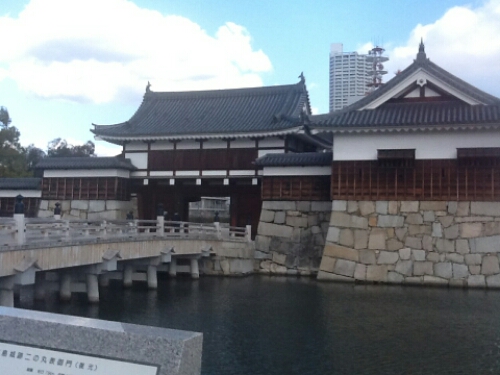 The entrance to the castle