I visited the Memorial Cathedral for World Peace in Hiroshima in March 2014.

In Hiroshima, not far from the park Shukkei-en, lies the Memorial Cathedral for World Peace. This beautiful church, its design based on monasteries in the middle ages, was built thanks to the effort of father Hugo Lasalle. 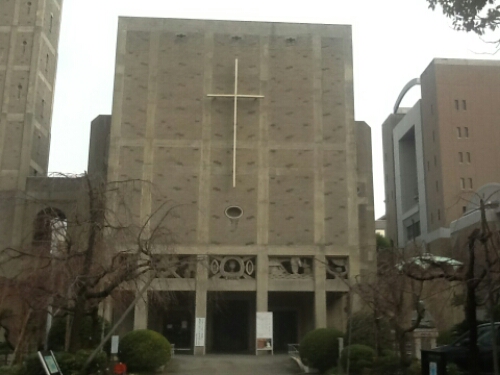 The Memorial Cathedral for World Peace

Father Lassalle, himself an A-Bomb survivor, felt called to build a cathedral not only to commemorate the dead after the A-bomb but also also as a prayer to world peace. 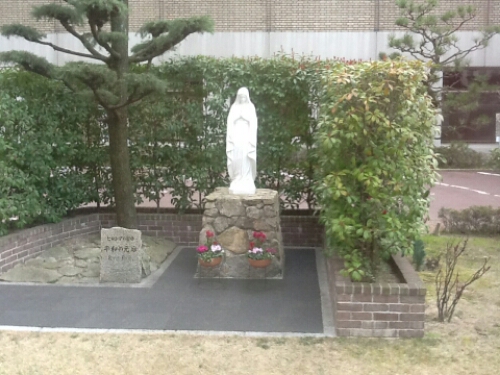 When Japan opened up its borders to foreigners again, in 1853, many of these kakure kirishitan came forward. Some joined the catholic church, others chose to remain kakure kirishitan and staying with their form of christianity.

Hiroshima attracted the attention of the Catholic Church after the First World War, and in 1923 an apostolic vicar was appointed to the city. 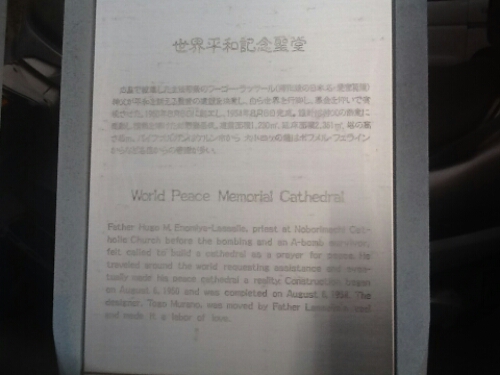 Construction of the Memorial Cathedral for World Peace started on August 6, 1954, nine years to the day after the bomb. The design of the church was to be decided through a competition, but the jury found no worthy candidates among the many applicants, and member of the jury Togu Murano got the job. Togu Murano felt so strongly for the project, he refused to be paid for his work, making it a labour of love.

Four years later, on August 6, 1954, the cathedral was complete. The cathedral included a 45 meter tall bell tower where the bell was a gift from West Germany, made of steel from weapons used during the Second World War. 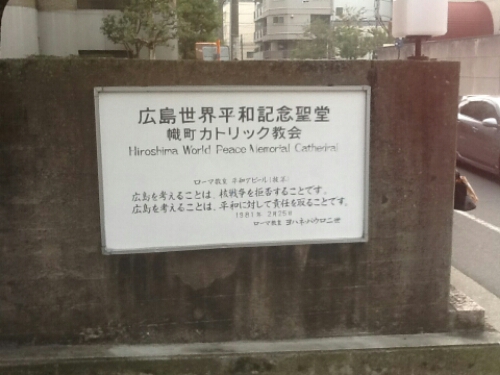 Today, the cathedral is worth a visit. A quiet haven away from all the noise on the streets of Hiroshima. When I was visiting, in March 2014, there was a choir recital going on. Sitting in a church, listening to Gregorian chants in Japan was a special experience. 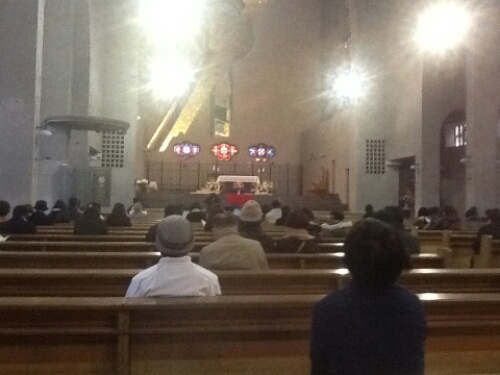 Entrance is free and there are brochures for tourists in English availiable.

For christian tourists the cathedral offers mass in both Portugese (11am) and English (2.30pm) on sundays.

4 thoughts on “Hiroshima Week 5: A Cathedral in Hiroshima”