I visited Hiroshima and had okonomiyaki in March 2014.

Okonomiyaki, often called Hiroshimayaki when served in Hiroshima, is a culinary speciality from the city. It is also called Japanese pancakes. 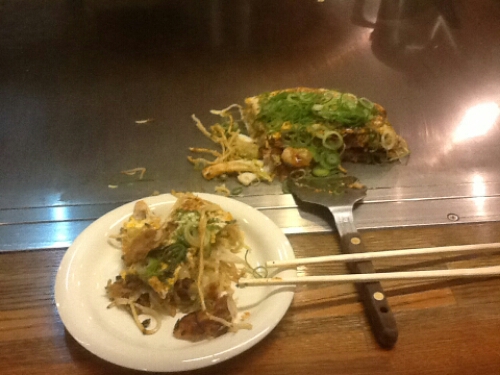 Yaki means grilled, okonomi means what you like. Basically what you like grilled. It is considered a local food in both Osaka and Hiroshima, but where, in Osaka, all the ingredients are mixed before cooking, in Hiroshima they are layered and added one by one to the hot plate. I have only tried Hiroshimayaki so far (I later tried Osaka-style okonomiyaki in Niseko). 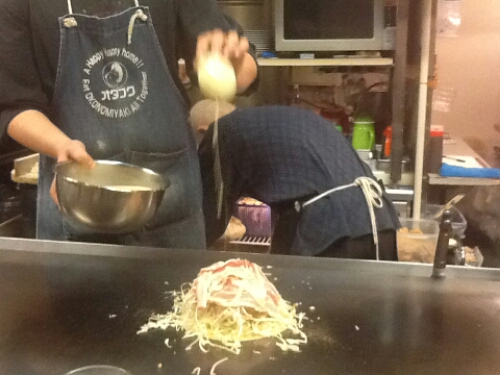 I had okonomiyaki on my very first night in Hiroshima, we found a small family-run restaurant. We were the only customers at the time, but during our meal the place quickly filled up. The food was cooked right in front of you, and the chefs were very talkative while they were cooking. They did not speak much English though, so they spoke mostly to my Japanese friend and she would only translate some of it for me. 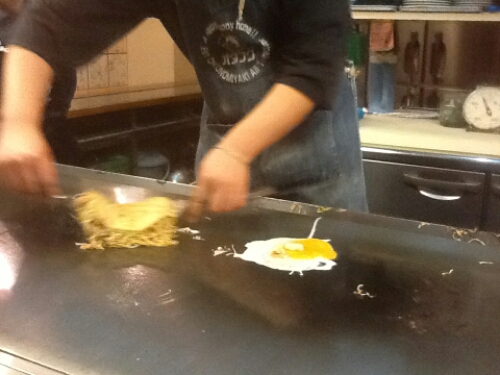 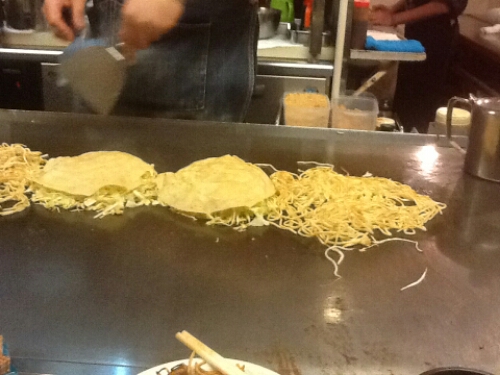 Okonomiyaki is made right in front of you

While they were cooking, it was easy to see that this had been their job for quite some time, they had found a routine that worked. All of them had their specific tasks in cooking the okonomiyaki, and they all knew exactly when they were needed. I had a great time just watching them cook, like a choreographed dance. When the chef cracked an egg one-handed, while looking at me the whole time, I was very impressed.

The Okonomiyaki itself was very good. There were so many flavours complementing each other, together they were just right. The pancake, squid, fried egg, cabbage, bacon. 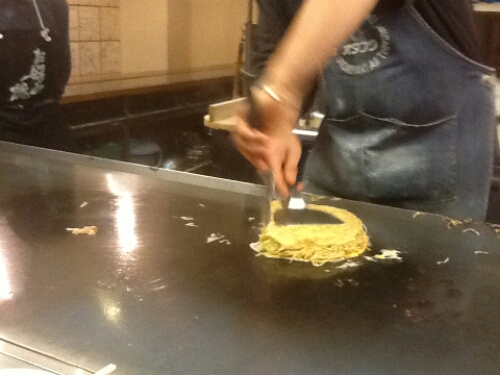 Okonomiyaki is served to you still on the hot plate, the side closest to the customers is cooler than the side facing the chefs, thereby keeping the okonomiyaki warm while you eat. Take a generous piece, move it to your plate, eat with chopsticks. When finished, take a new piece from the hot plate and eat some more.