I visited Shukkei-en Hiroshima in March 2014.

Shukkei-en is a beautiful park in Hiroshima. As so much else in the city, destroyed by the bomb, then rebuilt.

It was March when I visited, the weather was getting warmer. It was a beautiful day, sunny, almost no clouds. Still not too varm, but with a jacket I was far from cold. 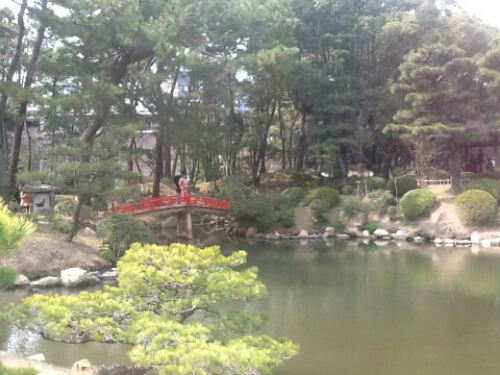 It was a bit early for cherry blossom season yet, I missed that with a week or so, but the plum blossom season had started and I can’t really see the difference. The blossoms were beautiful. A whole section of the park was filled with blossoming trees, old Japanese men were sitting painting the blossoms, some of them were quite good. In the middle of the park was a large pond, children were feeding the carp. I bought a bag of fish food myself, threw it in the water as we walked along the pond. 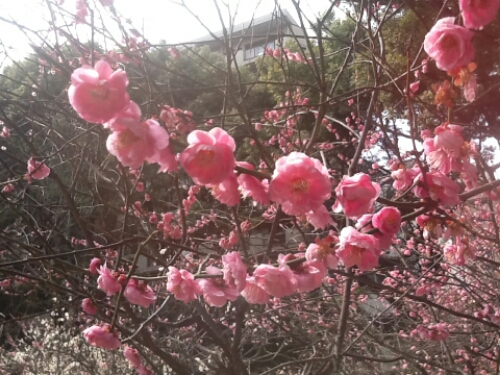 All the time the scenery changed. From grass lawns to bamboo trees, from small bonsai trees to massive trees. The garden did not follow a theme all around, it always changed, always something new. 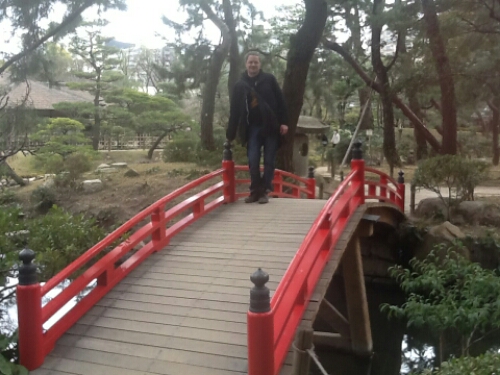 Me on a bridge.

Shukkei-en was started in 1620, it was built by Ueda Soko, a famous master of the tea ceremony. It was made to be the garden to the Hiroshima Daimyo’s (feudal lord’s) villa. Shukkei-en means ‘shrink-scenery-garden’ and the garden tries to present many miniaturized scenic views. Tradition has it that the lanscape is based on Xihu in Hangzhou, China. 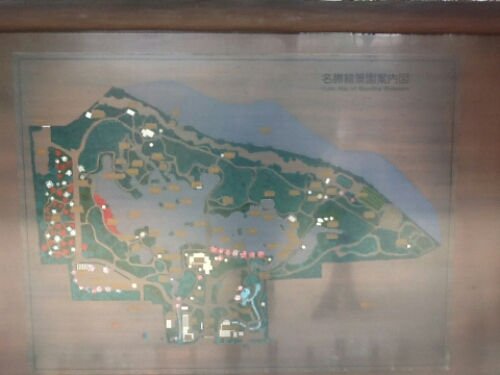 Map of the park.

I was there with a girl I had met in Japan, I have to say it was very romantic to walk around the pond in the middle of the park, watch all the different garden arrangements. We spent a few hours just walking around, holding hands, enjoying the view. It was also a quiet place, a nice getaway from the noisy streets of Hiroshima. 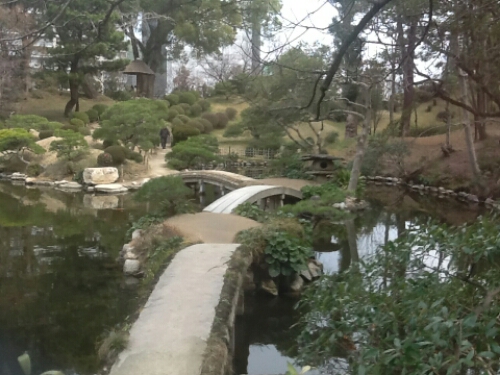 There were many paths through the park. 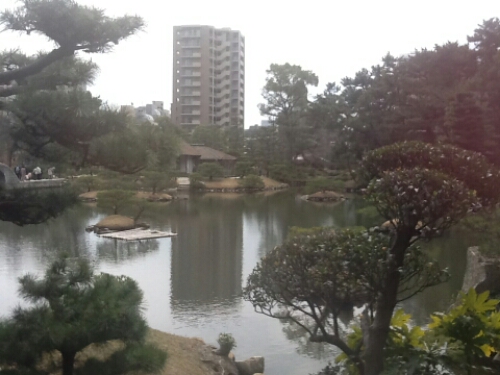 The park in the middle of the city.

The Japanese have mastered the art of making beautiful parks, and Shukkei-en is one of the more stunning parks I have seen. I can only imagine what it would look like in full bloom. During cherry blossom season it must be amazing, and knowing the Japanese, crowded as well. 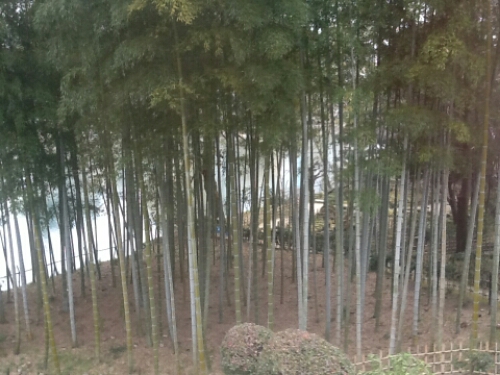 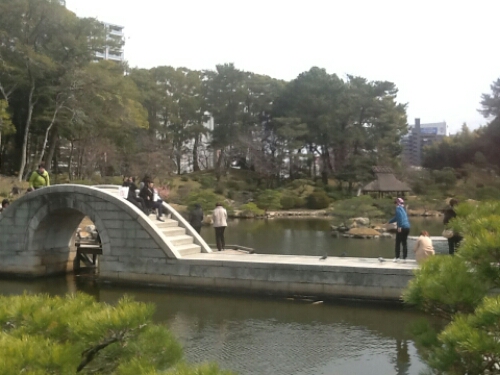 The pond and a bridge. 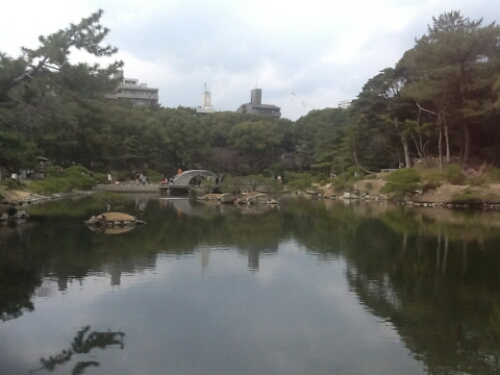 Another picture of the pond.