Since 1968, every time a new atomic bomb has been tested, the Mayor of Hiroshima has sent a letter of protest. Every time the hope is that this will be the last atomic test. 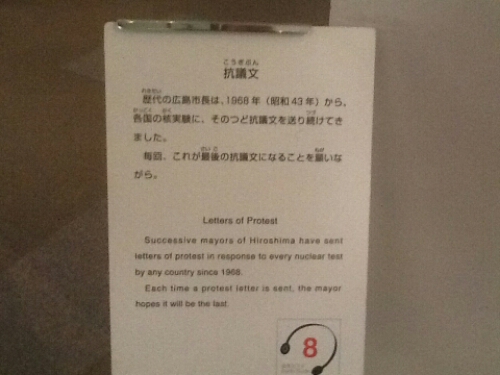 No atomic bombs have been used in war since the bombing of Hiroshima and Nagasaki in 1945, but at times it has been close, and the world still holds a huge arsenal of nuclear boms. 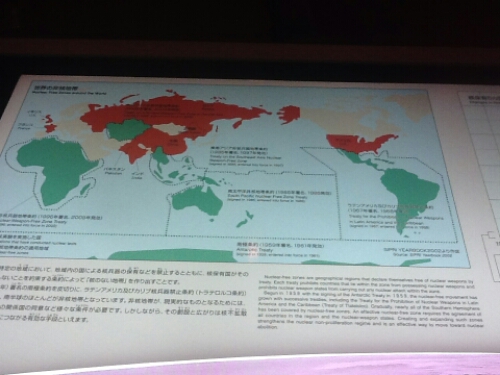 Like the mayors of Hiroshima, I myself hope that someday the testing and use of atomic weapons will disappear. 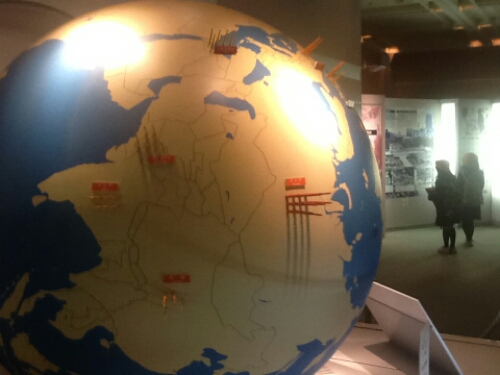 A globe showing where there are nuclear bombs today

For a good book going deeper into the subject, I recommend Hiroshima Nagasaki by Paul Ham.

Today it is seventy years since the first use of an atomic bomb in a war. The bombing of Hiroshima was quickly followed by the bombing of Nagasaki, but since then nuclear bombs have never been used in war again. Let us all hope it stays that way.

These posts are dedicated to all those who died of the two atomic bombs used against Japan in World War Two.