I went to Dublin’s Literary Pub Crawl in July, 2014

Dublin is a city of beer, pubs and literature. Only the mention of the name Dublin will make people world-wide think of Guinness. And lovers of literature will also think of Dublin’s many authors; Joyce, Behan, Shaw, Swift, Yeats, Wilde and Stoker. 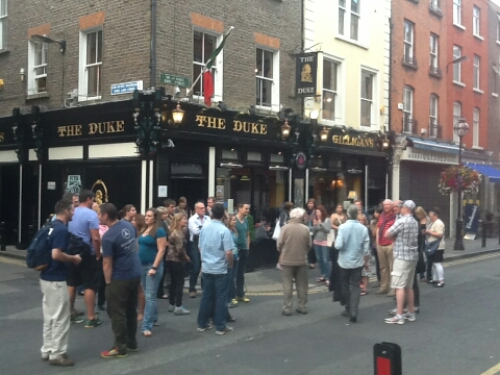 Outside the Duke, waiting to move on

The Literary Pub Crawl is both a pub crawl, you stop at four pubs, and a journey through Dublin’s literary history. The guides are local actors, scenes from books by Dublin authors are re-enacted during the tour. 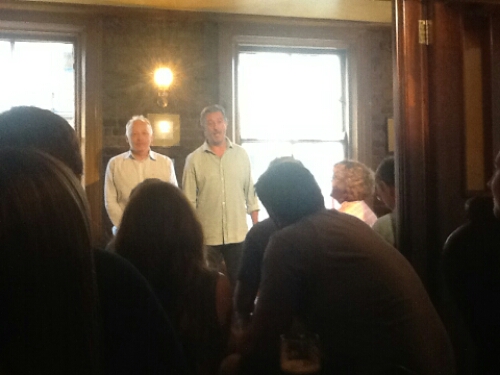 The guides started their performance at the Duke

It all starts at a pub called the Duke. Every evening at 7:30 p.m during the summer, the price for a ticket is 12 Euro. Show up early, the Duke is a great pub, have a beer or two before the pub crawl starts. 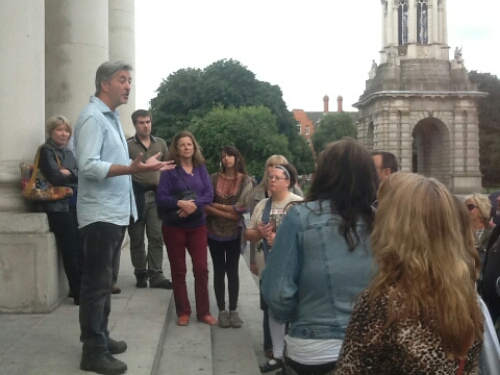 At first we were sitting on the second floor of the Duke. Our guides introduced themselves, played out a couple of scenes from Irish literature. From the start we could see the focus on the night would be on drinking. We were encouraged to buy beer in the bar, the scenes played out mostly involved drinking.

During the evening we visited a total of four bars, time for a quick beer at each bar. We were also taken on a tour through literary Dublin. Bars frequented by specific actors were pointed out on the way, we stopped at places of interest and the actors would play out scened from Irish Literature. 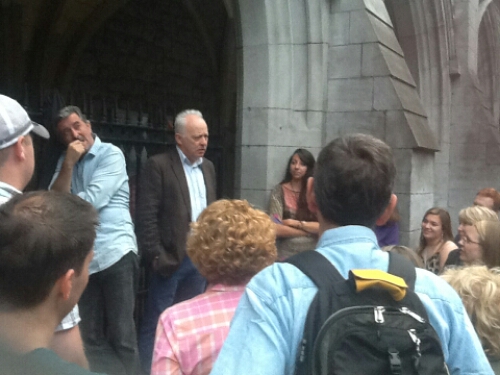 The Dublin Literary Pub Crawl was a great experience, giving me a good look into Dublin’s literary scene. The addition of beer did not hurt either. I had a great night and it did not matter that my friend had missed his flight to Dublin and would not join me for two days.