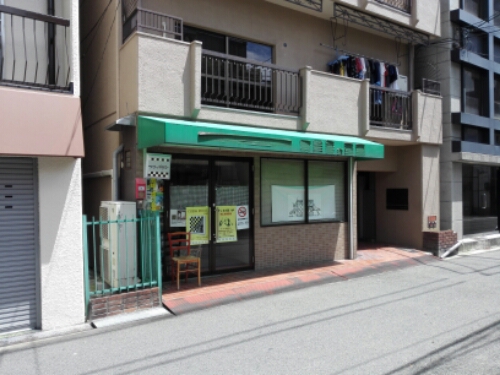 An Pasan. A place to play chess in Osaka

A few e-mails back and forth and I had arranged for us to come and play. They played three games every sunday, at 11:30: 2:00 and 4:00. As we were travelling from Nara that day, we aimed to make the last two games.

The chess club I play in back in Norway is quite an informal affair. We meet every thursday, bring a few beers, play some games of chess, mostly without time control. Once in a while we might have a tournament, but the focus is always on having fun. I like it that way, it’s a group of friends getting together and playing chess. 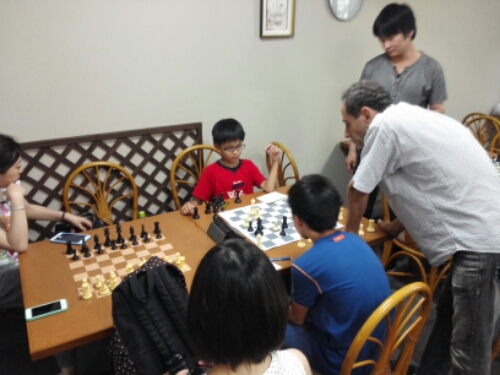 Fully focused on the game

In Sarajevo I had that same feeling. A group of men met every day at a square in Sarajevo and played chess and socialised. It was very relaxed.

I had a feeling chess in Japan would be different. I was correct. As already mentioned, the club met and played three games every sunday. Three games with proper time control. You wrote down your game and analysed it afterwards. Between games people mostly sat and studied openings. Alone, with a book and a board. 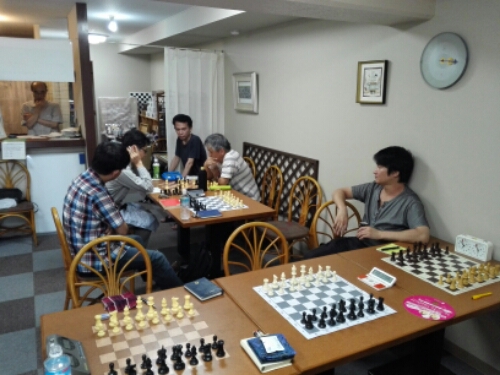 Waiting for the next game at An Pasan

It was a lot more serious and regulated than I was used to. No socialising. Just playing chess and studying chess. No fun, that’s not what we are here for.

My friend and I played the last two games. In both games I felt I did well in the opening before giving the game away in the mid-game. In the first one my opponent slowly got an edge, I tried some crazy traps, he spotted them and he had an easy victory from there. In the second game I just made a big blunder, gave away an officer and had no chance.

I was a bit disappointed after the two games, I really felt I hadn’t played at my best. My friend had won both his games and was very happy. I hadn’t had that much fun either. It was all so serious, and with no social dimension to the club. I don’t play chess to become the best or to do well in tournaments. I play chess for fun. I will never be a serious chess player, never spend time doing the necessary studying to get any better. I will play for fun, for the social element, maybe do a tournament every now and then, but the focus will be on having fun. 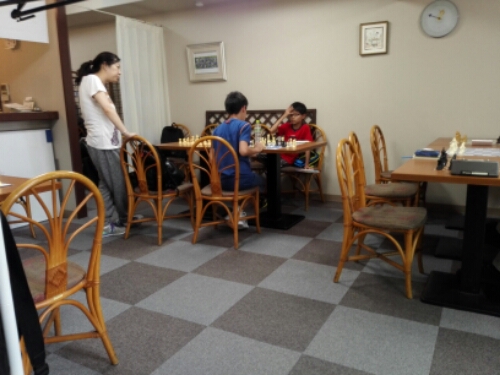 Last game almost over at An Pasan

Even though I found the chess club a bit too stiff and formal, it was a great experience to play chess in Japan. Even with no common language we can play, we can communicate through chess. I will continue to look for opportunities to play chess on my journeys, and I am glad my chess club is nothing like An Pasan in Osaka.

My next game is in Okayama, Japan.

Before this I played in Sarajevo.

All my chess posts can be found on my Chess and Travel Page.

5 thoughts on “Chess in Osaka at An Pasan Chess Club”