Neither one of us gained much of an advantage in the opening, I was afraid he might be slightly ahead but it looked very equal. I wondered how good he was, if I would lose again. My confidence, after Osaka, wasn’t very high. I needed this win. I took one more look on the board and castled. My king was safe, I was ready. 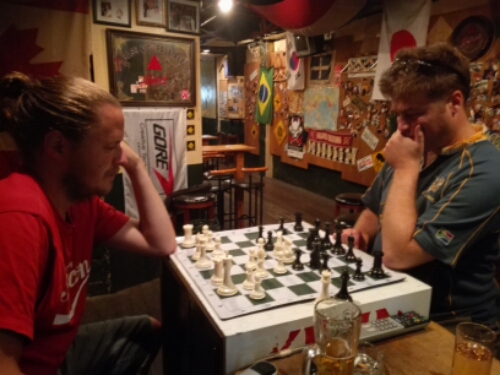 A friend of mine living in Tokyo had mentioned there was an Australian bar in Okayama which was supposed to be worth a visit. After visiting the beautiful Koraku Park, and spending a few hours in the hotel doing laundry I went out to eat, and after food I wanted a beer.

Aussie Bar was not far from the restaurant, so I headed there. It wasn’t many people there that night, it was the last night of a three day weekend, people were tired. 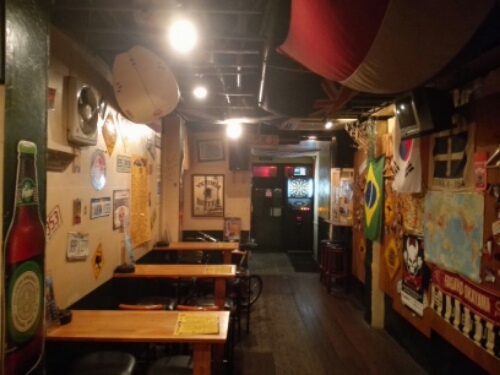 It was a very quiet night

An Australian was there with some friends and I talked with them for a while, it is not often I meet a fellow fan of Australian Football, a love I picked up while living in Australia. It was a nice night and I went back to my hotel a little later than planned.

The game still looks very even. I have seen a few possible traps to set up, but never risked it yet. He looks to be playing very solid, I am sure he would spot any trap I try to create. Instead I try to complicate the game a bit. Open it up. If he threatens one of my pieces, look for ways to threathen one of his back. 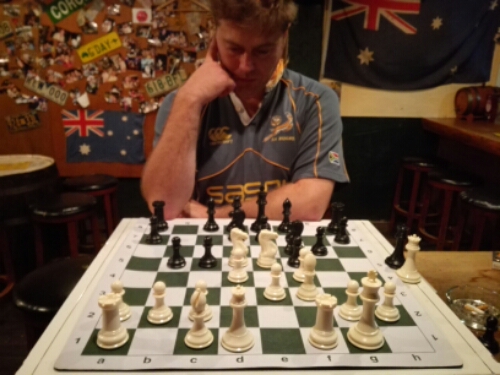 Can I win a game of chess in Okayama?

The game is getting sharper. Hopefully my plan works. He looks to be a solid player, but maybe not so comfortable in positions like these. He is using more and more times on his moves, thinking hard.

I returned to Aussie Bar on my last night of the three I spent in Okayama. The day before I had been to Himeji to see the castle, and found myself in the middle of Oktoberfest, the last day I had travelled to Matsuyama on the island of Shikoku, home of the famous Dogo Onsen (hot spring). 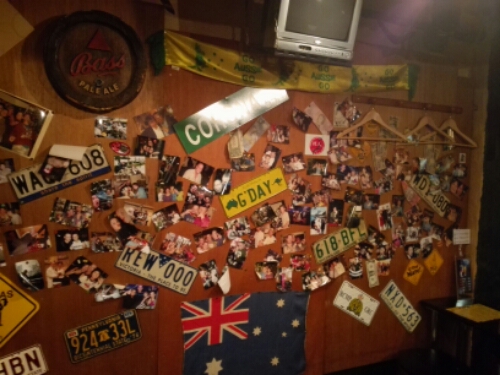 The walls are filled with memories

This night was quiet too. Two Americans were there, as well as the Aussie I had met the night before. We ended up talking, comparing our experiences in Japan. When I mentioned my vist to a chess club in Osaka I was quickly challenged to a game. I had played horribly in Osaka, now was my chance to redeem myself. Could I win a game of chess in Okayama?

I think he might have made a small mistake. He has left a very strong square open. It looks to be covered, the knight I would put there could be exchanged, but that would open a huge hole in my opponents defence, a hole I could capitalise on almost immediately by pushing my b-pawn.

I move my knight, my opponent thinks for a while, not as long as usual though, before accepting the exchange. He can’t have seen it. I take his knight, with a threath to his rook at the same time, he moves the rook out of the way. And I push my b-pawn, the winning move he had not seen. 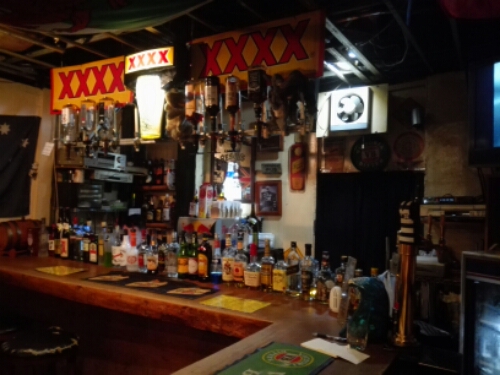 Aussie Bar where I played chess in Okayama

He sits in silence, staring at the board, for a minute, almost two, before looking up at me.

This was fun. Just a game between two friends, no time control, no notation. Drinking beer as we play. Not as serious as in Osaka. This is the kind of chess I like. Purely entertainment, not serious at all.

I offered him a re-match, he declined. Too tired he said.

Not long after, the bar closes. I head back to my hotel. Tomorrow my stay in Okayama is over, Tokyo and then Fuji Rock Festival awaits.

Seems I must have been unlucky and turned up on two quiet nights at the bar. From pictures I have seen the bar is often packed. The burgers they serve looks good too, every night I was there burgers were ordered as take-aways. 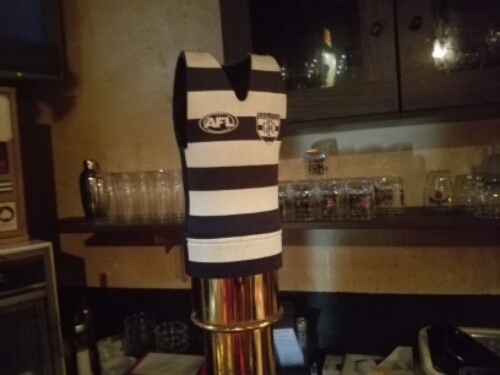 The owner is a Cats fan

If you are in Okayama, why not pay a visit to Aussie bar. Even Lonely Planet recommends it (I noticed this after my visit actually).

My previous chess games were at An Pasan Chess Club in Osaka and at a public square in Sarajevo.

i also have a page about Bars in Japan

7 thoughts on “A game of chess in Okayama”