I visited Himeji Oktoberfest in July, 2015

After my visit to Himeji Castle I was very tired and very hot. Summer in Japan can be quite warm, and walking around in an ancient castle with no air-condition, but jam-packet with people, does not help. All I wanted was to sit down, rest, have some food and a cold beer.

I headed from the castle towards the city looking for a restaurant or bar. Just outside the castle grounds I found something even better: Oktoberfest. 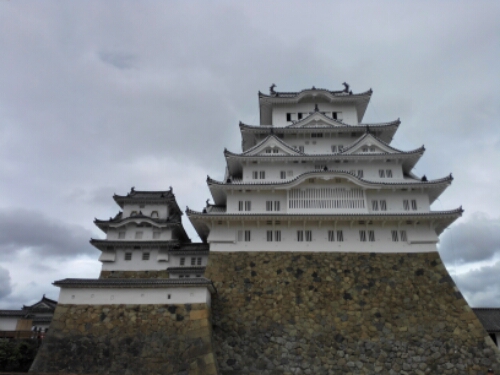 Yes, I know it was July and a strange time to have Oktoberfest, but the Japanese like to do things their own way and even the proper Oktoberfest isn’t really in Oktober. 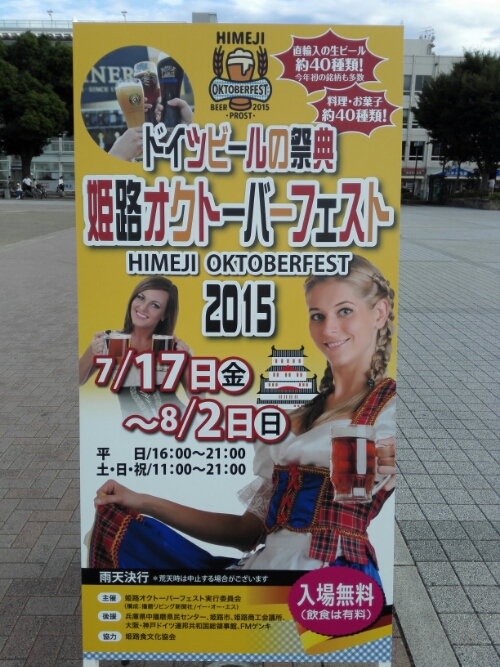 Seven different breweries were selling not only a wide variety of beer, but also a good selection of food. There were all kinds of sausages, burgers, steaks. Fries, onion rings, fried octopus. All kinds of German food and bar food.

I got out my Untapped-app, time to check in some beer. Started at Arcobräu, ordered a weissbier and a plate of sausages.

In the centre of the area was a large tent with a stage and lots of tables and benches inside. Outside the different breweries were lined up on each side. 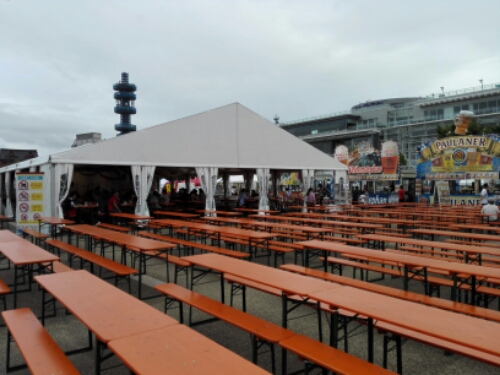 It was still early, only just past four, it had just opened. There were not many people here yet. I found a seat at an empty table, enjoyed my sausages and beer.

Oktoberfest lasted for eleven days in Himeji, from July 7 to July 17 2015. I believe it is an annual event. From searches online I have discovered many cities in Japan have Oktoberfest during the summer. Fascination with German culture and their beer must be big in Japan (See my post on Lorelei) and it is probably more convenient to have Oktoberfest in summer. 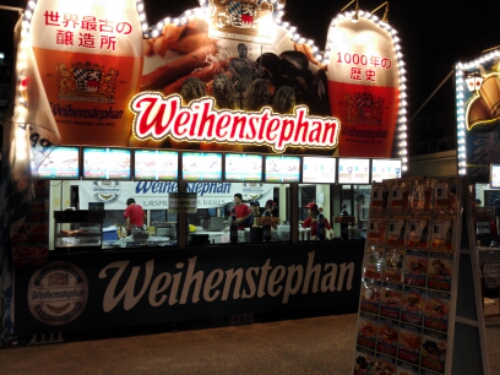 I finished my food, finished my beer, was about to get up and get another one when a cute Japanese girl in a German costume and a big menu sign around her neck approached me. Apparently there were waitresses here. She was only serving for one brewery, Warsteiner, I noticed, and ordered one of their weissbiers.

As I waited for my beer I noticed several waitresses dressed in similar costumes arriving for work. All with a huge menu sign around their necks. Brilliant system. 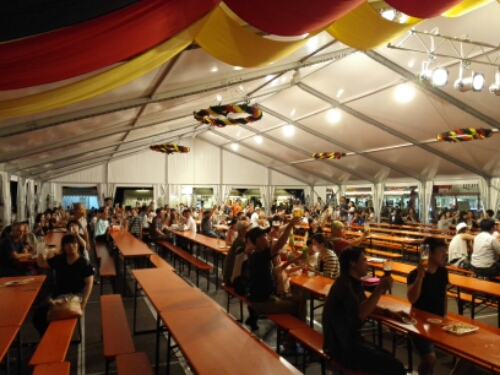 My beer arrived, I found my journal to quickly write some thoughts down, as I was writing there was a steady flow of people arriving. Halfway through my beer the tent was half-ful, a few hundred people. Not long after a Japanese German folk music band entered the stage and started playing. This was great. I put my travel journal away to watch the concert.

I worked my way through a few beers, their smallest size was 0.25 liters allowing me to check in quite a few beers to UnTapped. The band played for about half an hour, had half an hour break, then played for another half hour, continuing like that the whole evening. They were actually quite good, German folk music isn’t my favorite, but I enjoyed myself and found myself singing along like everybody else. 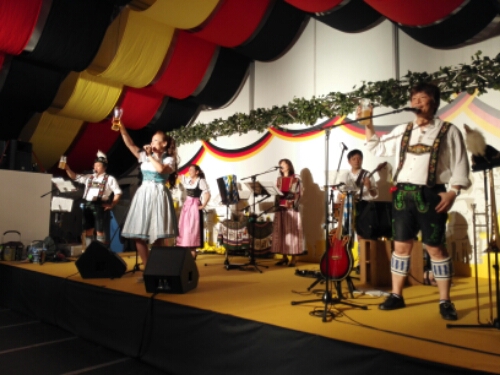 I stayed at Oktoberfest in Himeji until closing time, 9 pm. Quite early but I had noticed during the evening it was more of a family event than a party. A surprising number of kids were there.

I walked back to the station, took a shinkansen, back to Okayama and walked the five hundred meters to my hotel. Time to call it a night. Tomorrow I was going to Matsuyama, I had to catch an early train. 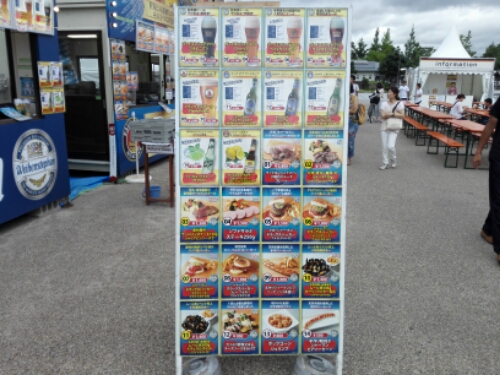 The menu at Weihenstephan 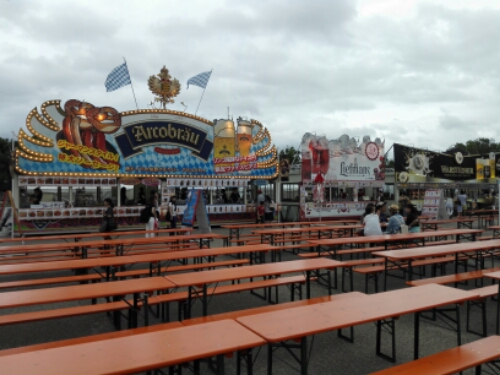 Some of the breweries 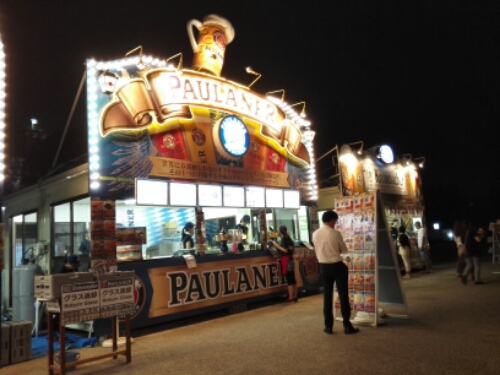