According to legend, the hot spring (onsen) at Dogo was discovered back in ancient times when an injured white heron healed itself in the hot spring. Suffering from an injured shin, the heron soaked its wing in the water every day until one day the bird was healed and flew away. Word quickly spread through Japan about the water’s ability to heal. 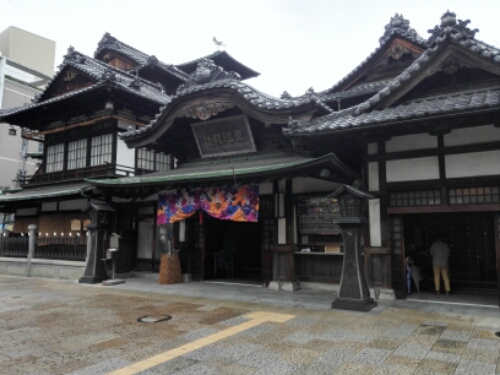 The entrance to Dogo Onsen

Today the hot spring lies in the city of Matsuyama, the biggest city on the island of Shikoku. A few kilometers from the train station at Matsuyama, easily reached by tram, the spring is today housed in Dogo Onsen Honkan, a three-story building constructed in 1894. 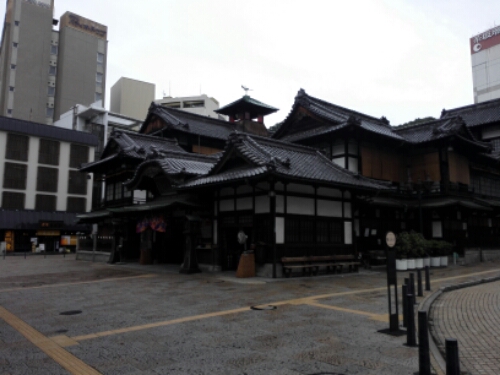 As I arrived in Matsutama I opted to walk from the station to Dogo Onsen. It was nice to move my legs after some hours on the train and it gave me a chance of getting to know the city better.

Having a bath in an onsen in Japan is a wonderful experience, but following proper etiquette and procedure can be quite tricky. When having a Japanese bath you cannot simply jump into the water, first you have to prepare yourself.

As I arrived at the onsen I left my shoes in a locker outside. The floor at Dogo Onsen is made of tatami mats and one should never walk with shoes on these. I paid to get in, rented a towel and a bar of soap and went into the male section of the onsen. 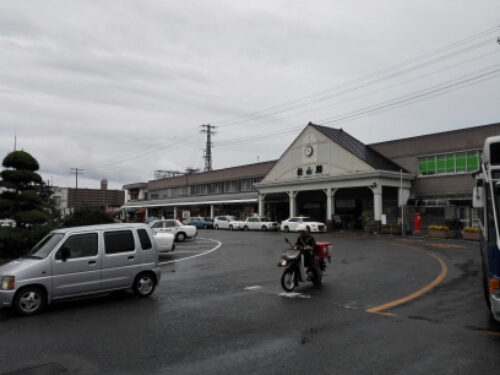 When bathing in an onsen you should clean yourself before getting into the water. The bath is shared by many and it is not very hygienic to lie soaking in other people’s dirt. I took my clothes off in the dressing area, a Japanese bath is always done nude, and went into the room with the onsen.

Along the walls there are placed many showers. I cleaned myself thoroughly, making sure to soap my entire body before rinsing it off. Always make sure you are clean before getting into an onsen, and make sure to rinse off all the soap. Nothing but naked bodies should be in an onsen.

I got into the bath, like any Japanese bath it was scalding hot. It took a few moments to get used to it and let my body adjust to the hot water. I leaned my head against the edge of the bath, closed my eyes. It felt so good. 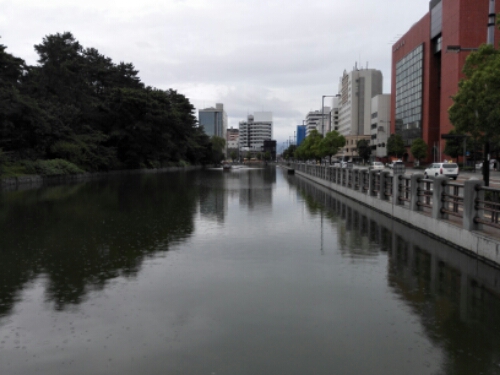 I spent quite some time in the onsen. Travelling in Japan is usually quite hectic, new places, new people, new smells, new food. It was nice to just lean back, enjoy the bath and let my mind wander.

Eventually I got out of the bath, had a quick shower, went to get dressed. In the dressing room there was green tea on offer. I had many cups.

I got dressed, one last green tea, and left. I felt refreshed, clean, rested. I felt very good. 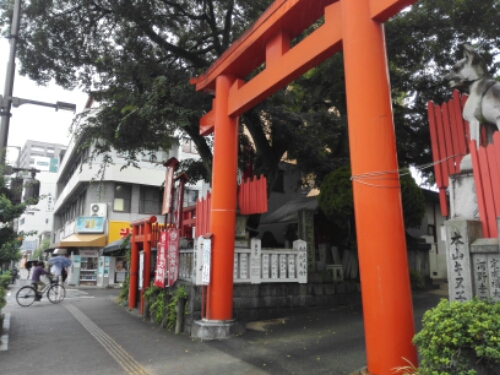 A torii on the streets of Matsuyama

A Japanese bath in an onsen is a wonderful experience and something you have to try if in Japan. There are many onsen to be found in most cities, and many ryokans also have an Onsen.

Dogo Onsen in Matsuyama can easily be reached by train from Okayama and Matsuyama is worth visiting at least for a day trip.

I also visited Dogo Biiru Kan Brewery and Matsuyama Castle while in Matsuyama. 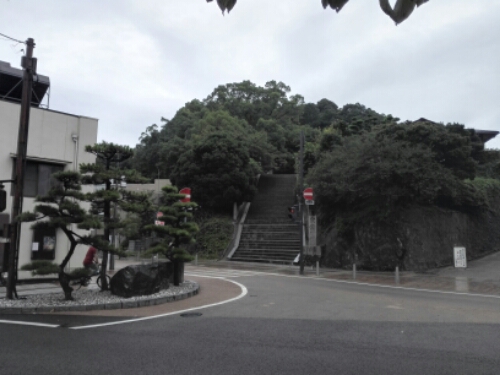 4 thoughts on “Dogo Onsen in Matsuyama”