I visited Matsuyama and drank Dogo Beer in July, 2015

“One gulp of beer taken just after a bath is the time you feel most refreshed. ”

The sign stood outside Dogo Biiru Kan Brewery Restaurant, only meters from Dogo Onsen. I had just finished my bath in the onsen, and a beer and maybe some food certainly sounded refreshing. I went inside. 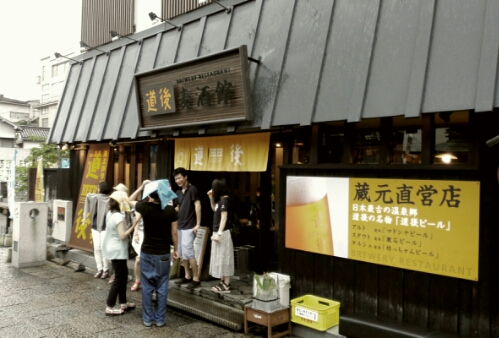 Dogo Beer brewery can trace its origins back to the Meiji-era. It was founded in 1895, then as a sake and shochu manufacturer. It is only in recent times that Dogo Beer has been produced.

The brewery restaurant in front of Dogo Onsen opened in 1996 and seems to be a popular place to visit. The restaurant offers both western-style seating and seating on tatami mats, the latter popular with Japanese tourists in their kimonos coming to Dogo Onsen. 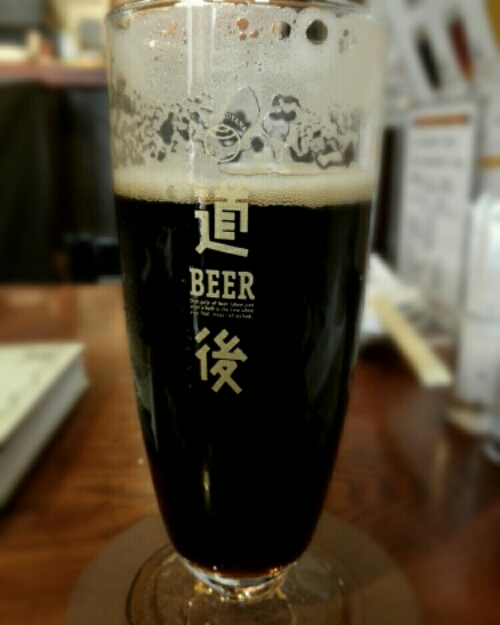 I started with Botchan, a Kölsch beer. Ordered a beer and some fried chicken to eat. The beer did not take long to arrive, I had a taste. Very delicious. A sip of beer after a bath felt very refreshing indeed.

I tried their three types of beer on tap. Botchan, Madonna (An alt) and Soseki (a stout). They were all very nice beers. The names of the beers comes from the novel Botchan by Natsume Soseki. The book is based on the author’s experiences as a teacher at a middle school here in Matsuyama. 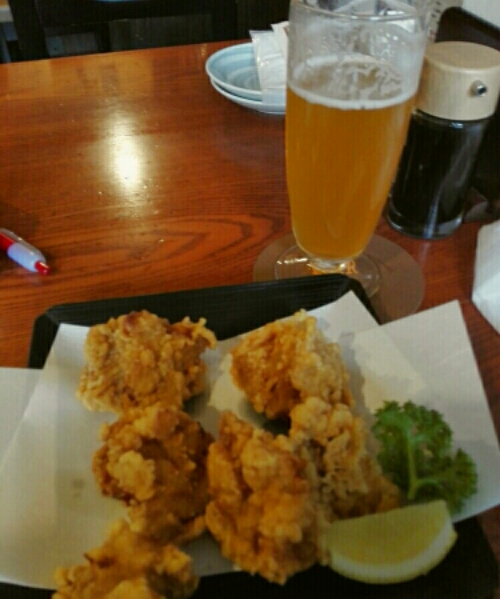 At last I finished my third beer, the chicken already finished during the second beer. I paid my bill, found my umbrella by the door, got out in the rain. A nice bath, a good meal, good beer. I felt very refreshed as I headed towards the train station, planning to stop at Matsuyama Castle before returning to Okayama.

Before this I visited Dogo Onsen. After my beer I headed to Matsuyama Castle.

2 thoughts on “Dogo Beer in Matsuyama”