I visited Umeda Sky Building in Osaka in July, 2015

We only had a few hours in Osaka, my friend was in Japan for only five days, our schedule was busy. We thought seeing Osaka from above would be great, and Umeda Sky Building was only a short walk from out hotel. 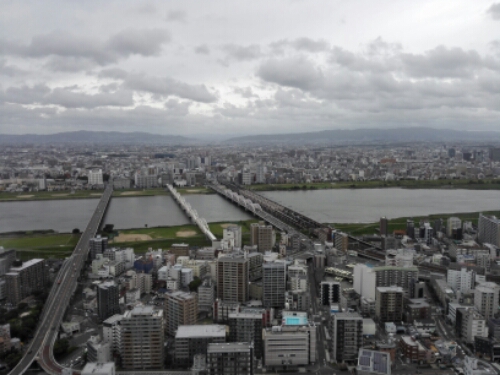 Umeda Sky Building, also known as Floating Garden Observatory, is not the highest building in Osaka, but is known for its very distinct architecture. Two towers are connected by an observatory platform on the top, elevators and escalators taking you to the top are placed outside the building or in tubes between the buildings.

At the top, 170 meters above ground, is an outside observatory as well as a cafe inside. 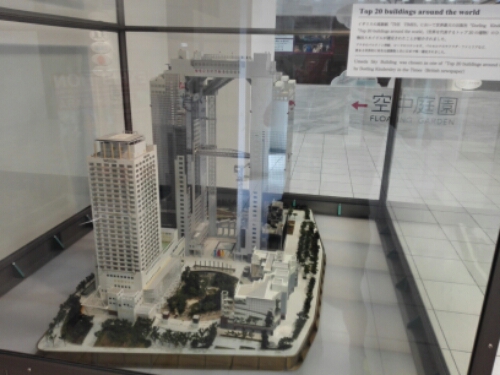 Finding the entrance to the observatory wasn’t easy. We looked around a bit down on ground level before asking for help and quickly being pointed in the right direction. We headed to the elevator, quite a ride as the elevator was on the outside of the building, giving you a great view of Osaka on the way up.

After stepping out of the elevator there were escalators going from one building to the other to take you the rest of the way. Quite a cool way of transporting people to the top. 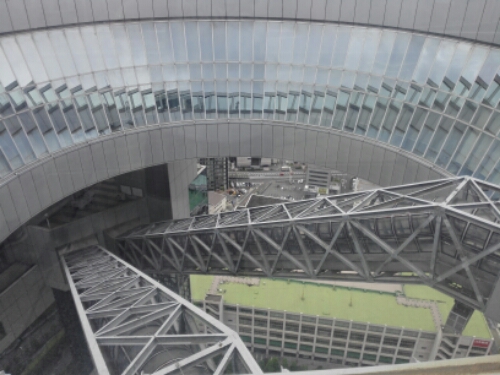 The escalators between the buildings

On the top we awarded ourselves with a beer in the cafe, sitting by the window and looking out on Osaka while enjoying a cold Asahi beer. Great.

We headed out to the outside observatory. It was quite windy. People with hats had to hold on to them, one hat flew away. We snapped a few pictures, took in the view and headed back in. Took the escalator, then the elevator down to ground level. 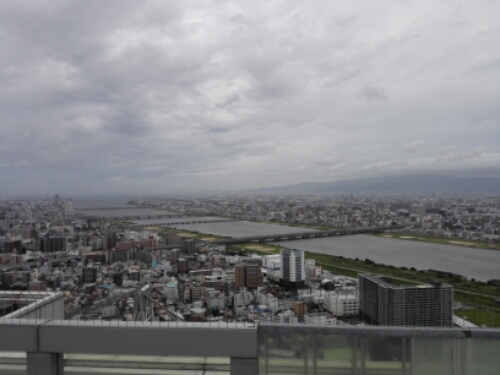 Outside the towers is a beautiful little garden in which we spent some time. I like how the Japanese are able to create these places of quiet, beauty and serenity right in the middle of a busy city. It is such a nice way to relax, just wander around in these small parks. 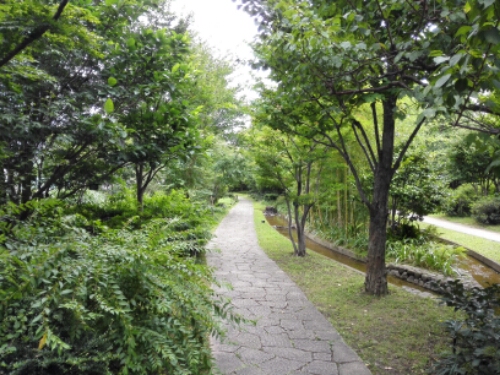 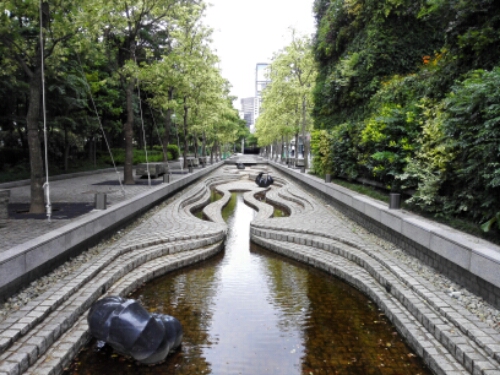 Umeda Sky Building is a nice place to see Osaka from above, although it does feel like it is a bit old. It has that 80s feel. I can’t really explain why I feel so, maybe it has to do with the typical futuristic style from the 80s. It does however give you a good view, the chance to step outside and feel the wind, they serve beer and there is a beautiful garden outside. As always in Japan, entrance tickets aren’t to high either.

Umeda Sky Building is located in the Kita area in Osaka, just north-west of Osaka station. Go through the pedestrian underpass to get there. 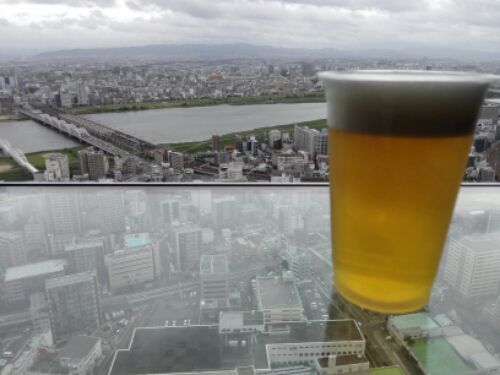 A beer up in the sky 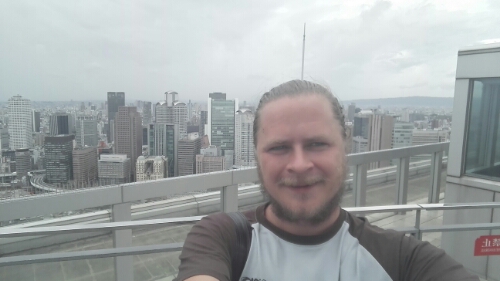 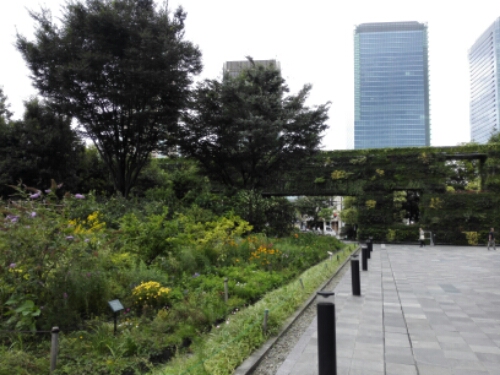 From the garden outside