I walked the Walls of Dubrovnik in August, 2010

Dubrovnik was for a long time known as Ragusa, and was an independent republic. For over 500 years the Republic of Ragusa defended its independency, in many ways thanks to the massive walls surrounding the city.

Walking the walls of Dubrovnik during the summer can be quite a warm experience. Make sure to bring lots of water. We started our walk after breakfast, the sun was up and already it was warm. Up on the walls there is no shade, no buildings to protect you from the sun. 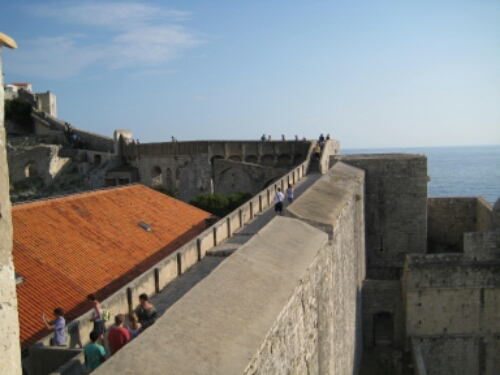 Walking the walls of Dubrovnik

As we set out the first part of the walk was uphill, the high walls towards the waterfront. As you reach the highest point on that side you get a great view of the city. The white buildings, red rooftops. Dubrovnik truly is beautiful. 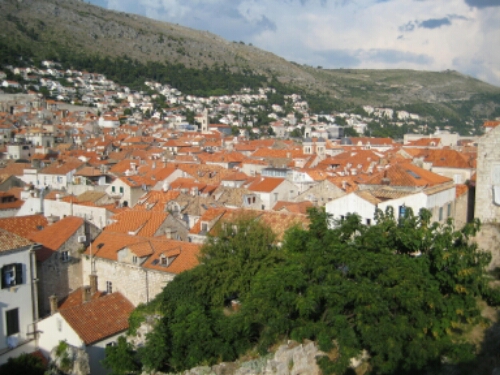 View of Dubrovnik from the wall

The first city walls around Dubrovnik were constructed as early as the 8th century. The present walls trace their origin back to the 14th century, when the city gained its independence from Venice. The owner of the apartment we lived in, as she picked us up from the airport, told us that stones had to be brought to the city as a form of tax by traders wanting to trade there.

In 1979 the old city of Dubrovnik, which includes the walls, was placed on the UNESCO World Heritage List. 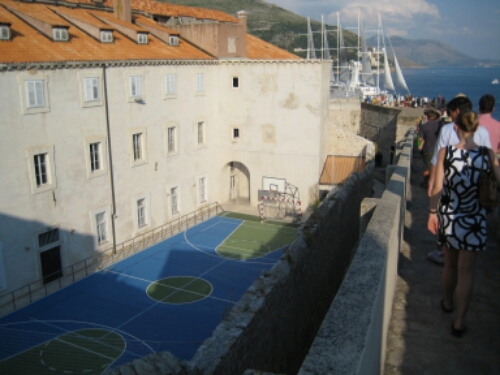 Passing the harbour after walking downhill for a while, we faced the long walk up to the eastern side of the city, the tallest point of the wall. We were already tired, it was still so warm but we were determined to finish. Vendors selling water were thankfully also on the walls, we had long since run out. We bought some bottles of water before starting the climb.

Throughout history Dubrovnik has been besieged multiple times, the walls usually holds up. In the 9th century the city withstood a fifteen month siege by the Saracens. 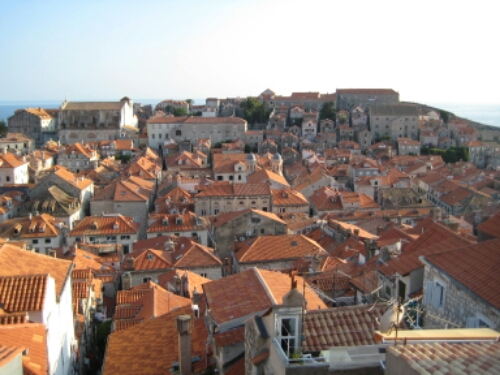 In January 1814 the walls did not hold, but this time the defenders were French occupiers under siege by Croat forces in league with the British.

Dubrovnik was besieged one final time during the last Balkan War, when JNA forces started bombarding the city for no apparent strategic reason. 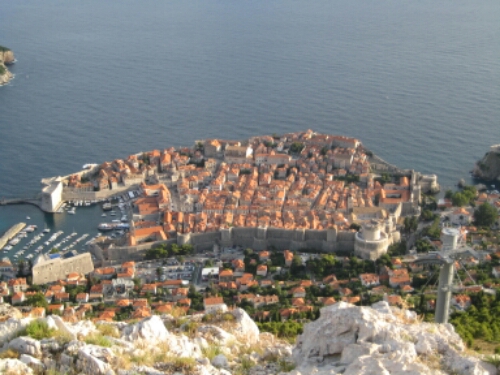 Old city of Dubrovnik surrounded by its walls

It took us about an hour to walk all the way around the city. Even though it was warm, even though we were tired, the walk was great. It gave you a great view of the city, you didn’t only see the polished fronts of Stradun, some places the buildings were in serious need of repair. 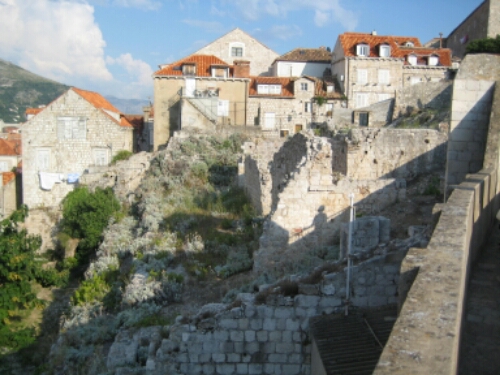 Some parts of the old city are neglected.

It is possible to exit the walls on several locations along the walk so you don’t have to do the whole walk. If in Dubrovnik, walking the walls shouls be on your to-do list. 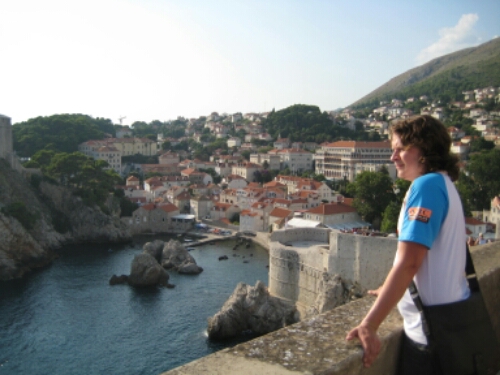 On top of the wall, taking in the view

4 thoughts on “The Walls of Dubrovnik”