I visited Lorelei again in July 2015

Lorelei lies at the bottom of a spiral staircase. I walked down and entered through the door. As soon as I entered the owner let out a scream and ran towards me. I stopped, put on a big smile. As she reached me she gave me a big hug. Just the sort of welcome I love. 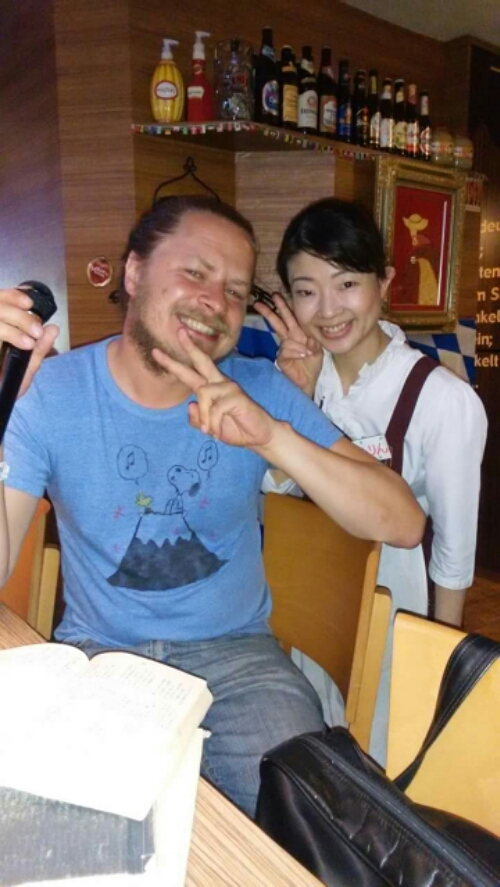 With one of the waitresses

She led me to the bar, I sat down, was instantly given a hot towel from one of the bartenders to clean my hands with. I love that Japanese custom.

The owner was telling the bartenders and waitresses who I was, that I had been here before, we were facebook friends. I hadn’t seen any of them on my previous visits. Three visits makes you a VIP in Japan apparently, they all came and introduced themselves to me. I ordered a beer and a plate of sausages. 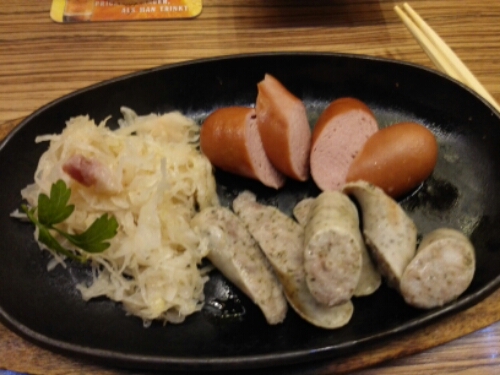 The sausages were very good

None of the people in the bar spoke good english, it was hard to have a conversation. I love how it is possible to make friends and have a good time together without speaking the same language. It just takes a bit of effort.

There were no other guests in the bar at the time, we tried to talk a bit, but suddenly the place filled up and the staff had more than enough to do. 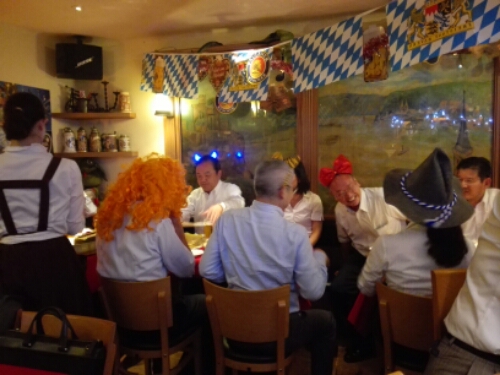 Not long after there was live music. A guitar player was playing, and the patrons sang karaoke. I tried a few German and English songs to great success. The Japanese love foreigners who sing karaoke. 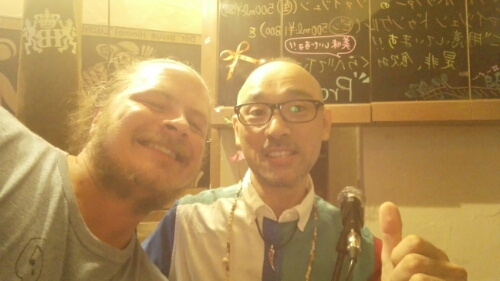 Selfie with the guitar player

Once again I had a great time at Lorelei. The live music was on for a few hours. There was karaoke, good beer and lots of cheers. The place was almost full the whole time, everybody sang karaoke and as always the wigs and crazy hats came out.

My previous visit to Lorelei.