In 1756, seven bottles of Japanese soy sauce were imported to the city of Trondheim, Norway. These bottles, made at Arita kilns, stamped with the words JAPANSCHZOYA, were brought to the artificial island Dejima in Nagasaki bay, where they were bought by the Dutch East India Company for export. Eventually they ended up in Trondheim. 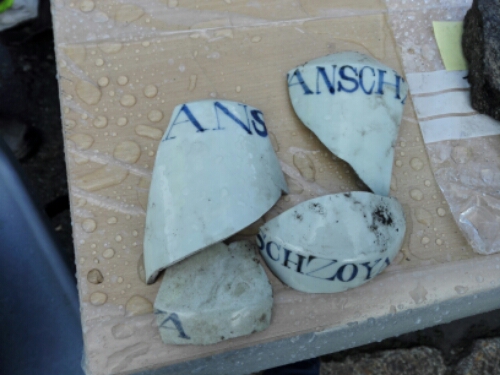 Japanese soy sauce must have been a luxury item at the time, but it seems to have gained popularity. In 1792, 58 bottles were imported to Trondheim.

In 2015, during an archeological dig on the City Square (Trondheim Torg) in Trondheim some of these bottles were discovered. That got me interested.

In 1681, almost the whole city of Trondheim burned to the ground. After the fire, the city was reconstructed based on plans made by city planner Johan Caspar de Cicignon.

The new plans moved the city to the west, making the City Square, which prevously had been on the outskirts of Trondheim, into the new city center. 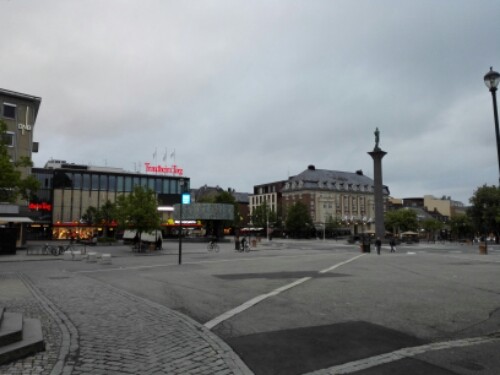 The City Square in Trondheim

It took a while for the city center to reach its prominent status of today. For a long time it was used as a dump siste, cobbles were not laid until the 19th century. This means there might be much to find under the cobble stones. 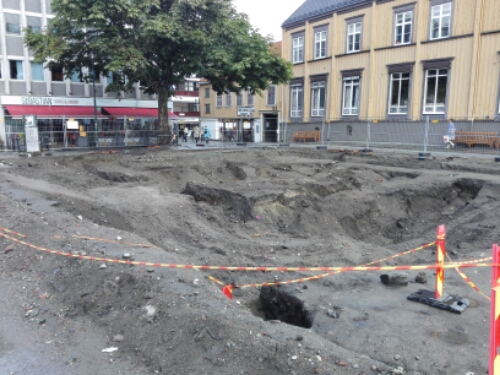 The dig in Trondheim

It was raining, but seemed to be a quick shower, it should be over soon. We had umbrellas anyway, headed over to the archeological dig. It was saturday, they were having an open day to show-case what they had unearthed so far. The weather was not good for an open day, but quite a few people had showed up. 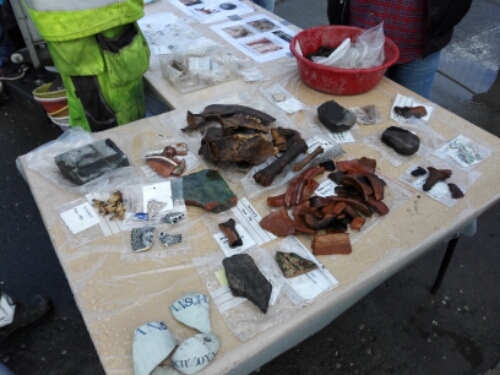 Some finds. The broken bottles of Japanschzoya are in the bottom left corner.

A table was set up displaying the various finds. A lot of pottery, animal bones, a coin, various tiles. The archeologists were there to explain the different finds. 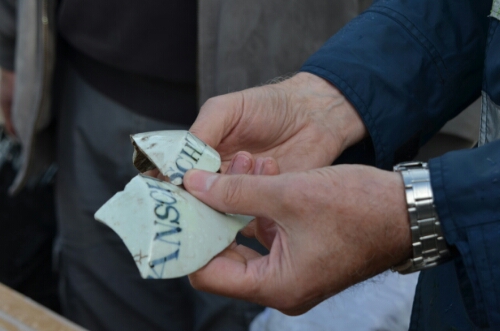 Pieces of the bottles from Japan

I quickly noticed the Japanese bottles and took a closer look at them.

The first Dutch ship, Liefde, reached Japan in 1600, the only ship that made the journey out of an original five. As the Shogun in Japan at the time had taken a dislike to the Portugese Jesuit missionaries roaming the country, the Protestant Dutch, more interested in trade than spreading the good word, were well received.

Dutch ships received permission to trade in Japan, the first one after Liefde arrived in 1609.

For many years the Dutch traded from their trading port of Hirado, but following the Portugese expulsion from Japan they were moved to the island of Dejima, outside Nagasaki, in 1640. 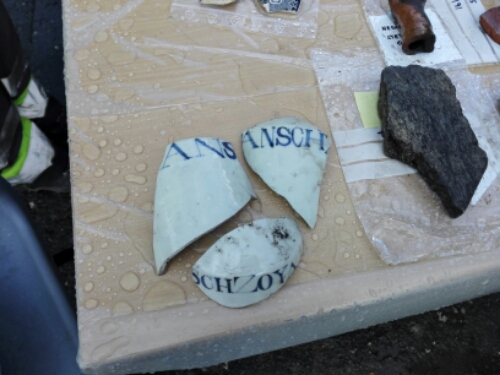 For the next two hundred years, Holland was the only country besides China allowed to trade with Japan, but the Dutch were only allowed to stay on the island of Dejima.

Sometime during the 18th century the bottles found in Trondheim passed through Dejima.

I spent some time examining the bottles. They were all in pieces of course, but the letters spelling out JAPANSCHZOYA were easy to see, well preserved. I wondered how long it had taken the bottles to get to Norway. A twelve hour plane journey now. Back then it must have taken months, if not years.

And what did the people use the soy sauce with back then. Was it the new exotic food, a luxury item only for the rich?

Two hundred and fifty years ago these bottles were taken to Norway. All the way by boat. First from Japan to the Netherlands, from there all the way north to Trondheim. When the bottles were empty they were thrown away with the trash, the dump site now being the city square. 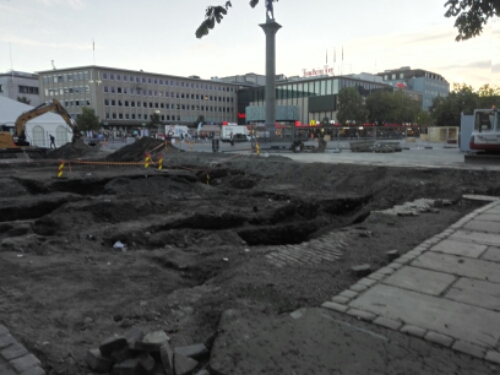 Two hundred and fifty years later, a time when a new sushi shop with all their soy sauce seems to pop up all the time in Trondheim, they are found in the ground, unearthed and becoming part of history.

Now I wanna see Dejima and Nagasaki next time I’m going to Japan.