I mostly sat alone with my beer, listening to my friend and the bartender speak Japanese. Neither of them spoke much English, it was easier for them to converse in Japanese I guess. 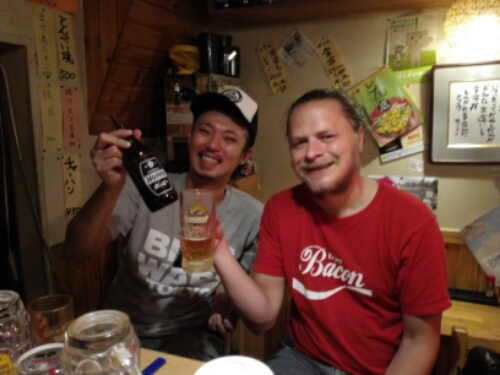 Our choice of bar was quite random, we arrived just before seven. Not many bars were open yet. We walked around for a while, took a look at the area, bofere choosing a bar at random. Like all the other bars here it was tiny.

Golden Gai is an area of Shinjuku in Tokyo, not far from Shinjuku Station, famous for its many small bars. Only a few back alleys really, Golden Gai is home to hundreds of these tiny bars, most of them with only five or six seats, many of them also with a quite specific theme. 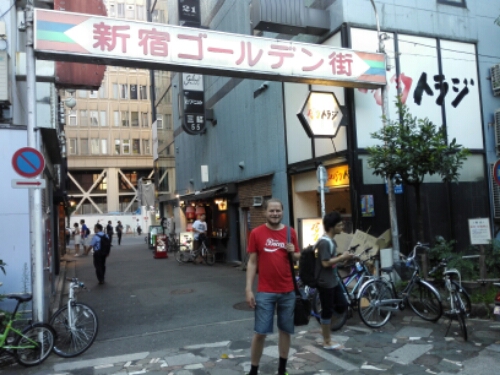 Me in Golden Gai

Our first bar was simply a bar, no special theme, just a bar and some chairs. It was old, over fifty years it had been open, and from the looks of it never been renovated in that time either.

We finished our beers, time to go to another bar. The bartender closed his bar, followed us to the next one, introduced us, bowed and left. You have to love Japanese service 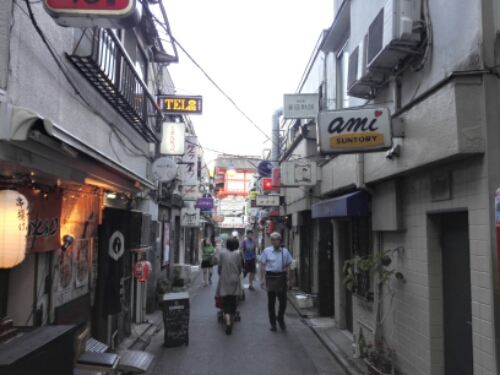 Starting out as a black-market and red light district, Golden Gai eventually got the attention of artist and free-thinkers and became the bar district is is today. The old buildings from the sixtees remain standing today, not normal at all in Tokyo.

She still kept serving us food, for half an hour now she had been preparing and putting food in front of us, only interupted by her topping up our sake glasses. Fishcakes, cod roe, various type of grilled fish, kimchi. The food kept coming. I ate as much as I could, it was delicious, and washed it down with sake. The conversation was still going on in Japanese, I could not understand anything. 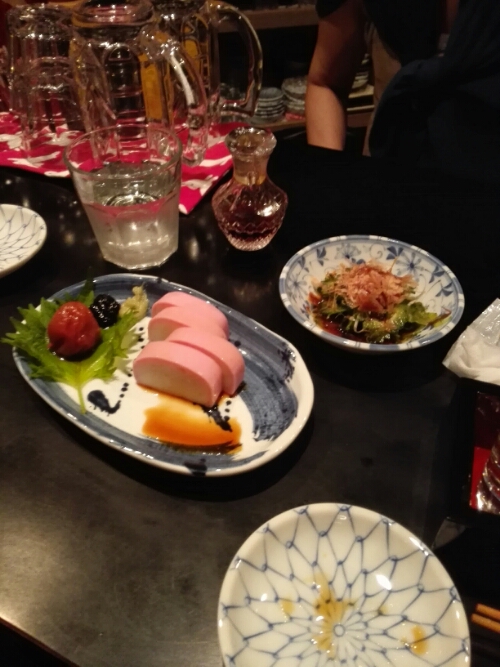 A feast before us

Most bars in Golden Gai has a seating charge of a few hundred yens. When you sit down, most bars will serve you a little snack. Some chicken, fish or maybe pieces of ham. This varies from bar to bar. The amount we were being served at this sake bar was unusually large though. 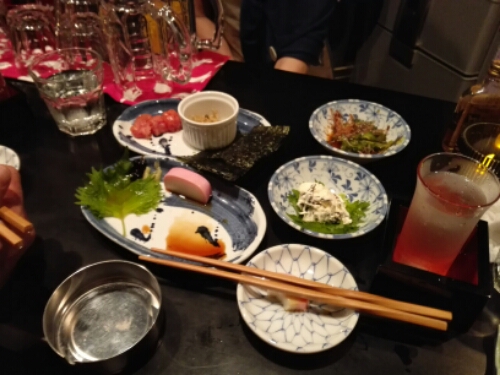 My friend was chatting away with the bartender and the two other guests in the bar. Every now and then one of them would turn to me, attemp a sentence in English. I would answer, they would nod, then keep talking in Japanese.

The future of Golden Gai has for a long tine been uncertain. The value of the land it sits upon is quite huge, many real estate and construction companies are looking to develop the land. So far Golden Gai has resisted. When Tokyo was awarded the 2020 Olympics many people were certain that would mean the end of Golden Gai, so far they have been proven wrong. I certainly hope Golden Gai will exist for many years to come. It is a cool little place.

We got a seat at the bar, next to us sat two very cute Japanese girls. As I ordered us some beer, my friend started talking to the girls. Turns out one of them lived in Germany, the other one used to live there. They both spoke very good German. 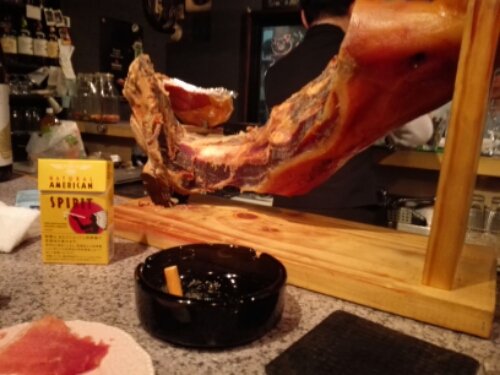 Now, I’m not saying my german is great, it is surprising how little I know after six years of German in school. But German and Norwegian are related, and I can therefore make myself understood in German to a certain degree.

Suddenly I was sitting talking German to the girls, my friend having no idea what we were saying. The tables were turned.

Golden Gai gives you the chance to see an older Japan and an older Tokyo. Before the scyscrapers, the neon lights, the hawkers and all the noise. Before the post-war economic miracle. 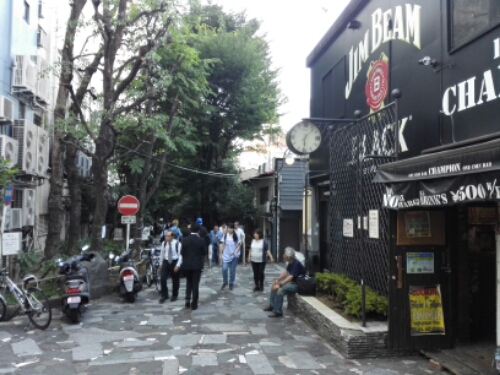 It may look a bit shabby and run-down, but the bars are great and you can meet so many different people. Here are regulars who have been visiting every day for decades, salary-men looking to unwind after a long day at work, tourists, or just people looking for a beer. 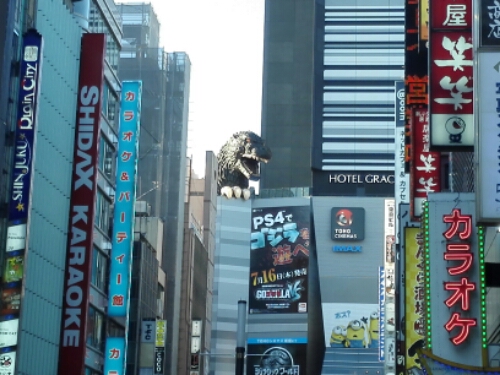 Gojira can be seen not far from Golden Gai

Most bars don’t open before eight, during the day the area is very quiet. Some bars are for regular patrons only, other cater to tourists. Sign with prices in English outside is a sure sign they welcome tourists.

If you ever are in Tokyo, make sure to stop by Golden Gai for a great night. You won’t be disappointed.

Like this story? Check out my page about Bars in Japan