I played Brokstad’s memorial in Oktober, 2015

Of course I had to meet a member of the same club as myself the first round. Not only was he better that me but also knew my playing style. My only hope was to surprise him somehow, but it did not work. Slowly he gained an advantage, eventually big enough to capitalise on. I lost the first round.

I don’t play in many chess tournaments in Norway, but every once in a while I like to join one. The last on I played in did not go very well, but that was some time ago. In Oktober there was a new tournament in Trondheim, my home town, and I decided to join. 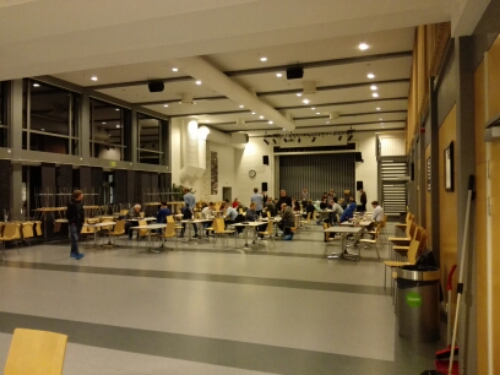 The playing area at Brokstad

The tournament was over five rounds. On round friday night, two rounds on saturday and two on sunday. It would take up most of my time that weekend.

For the second round I decided to focus more on time management. I had lost the first round with quite a lot of time left on the clock, I could have thought more about the position. My next opponent did not have a rating, it was hard to know how good he was.

For a long time we battled back and forth in an even position, I took my time, analysed each position carefully. My opponent had a lot more time left on the clock than me at first, but as the game wore on I had a better grasp of the position it seemed. Minute by minute his time advantage slipped away, suddenly he was the one with less time left. 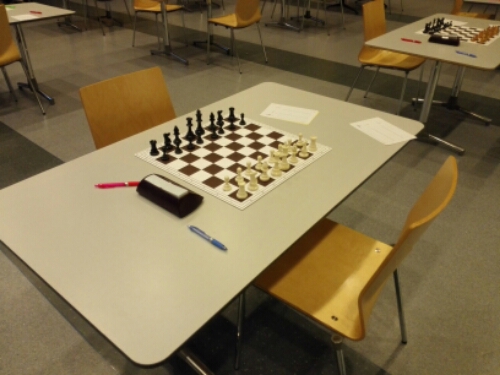 The board is ready at Brokstad

As we got nearer the endgame I still had a reasonable amount of time left on my clock, my opponent was approaching time trouble. He got stressed and blundered in a critical position. I won, my strategy had worked.

And of course I met another member of my chess club in the third round. It just showed how many of us were participating I guess.

Our game was even for a long time, but the position was sharp and it could go either way. Later analysis showed we both had chances to get ahead, chances we missed. In the end I thought too much about my position, did a tactical move that did not really work. I lost an officer and it was a struggle to try for a draw. Eventually my opponent got the better of me.

I showed up for the final day ready for a fight. Only one win so far wasn’t good enough. I wanted at least 2,5 points and needed a win and a draw. 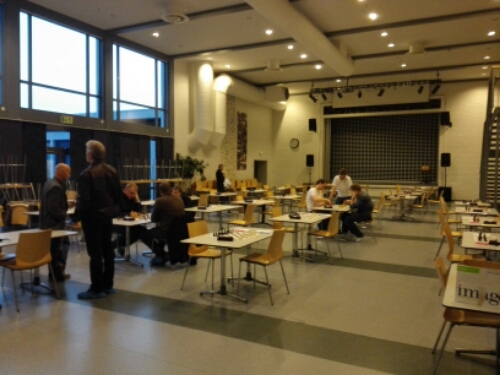 My first match was against a kid who had only recently started to play chess. I beat him fairly easy.

My second game was against a fellow Everton fan, we had already agreed that if we faced each other in the last match we would play quickly, if not bullet chess. He quickly took a lead in development, snagged one of my minor pieces, but I managed to score a simple combination when he wasn’t thinking too much. Mate in one.

Two points on the last day, 3/5 in total, that was easy. I had only lost to members of my club. I was very satisfied with my score. Twenty minutes later we were at the pub, enjoying the game and a cold beer.

Before playing this tournament I played a game of chess in Okayama.

My next chess adventure was in Iceland, where I followed in the footsteps of Bobby Fischer.

For all my chess stories see my Chess and Travel Page.