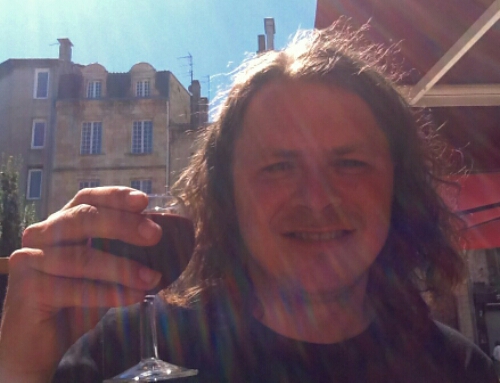 A glass of Bordeaux in Bordeaux

Not so in France. If you had an Autopass you still had to slow down, paying by card or cash was still the most popular. So you had to stop at the booth, heavy traffic traffic jams quickly emerged at every toll booth. Our record was 45 minuted from we had to slow down, then come to a halt a bit before the booth to we had passed the booth and could drive normally again. In those 45 minutes we had driven a maximum of 500 meter. 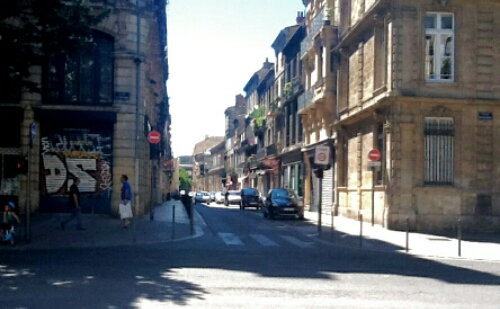 The streets of Bordeaux

We were on our way to Crescendo Prog Festival, running a bit late but we still thought we had enough time to make it. Even with a stop in Bordeaux. Since we were already here, I had to have a glass of Bordeaux in Bordeaux.

Bordeaux, with its average production of 700 million bottles of wine every year, is the largest wine growing region in France. Everything from cheap table wine to the most expensive wines are produced here. Close to 90% of the wine produced in this region is red wine, that is what I had to have. 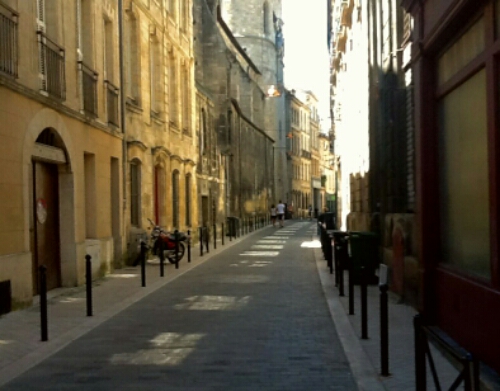 Bordeaux is a beautiful city

We found a small restaurant not far from Place de la Bourse. It was lunchtime so we both ordered a burger to eat. I ordered a glass of Bordeaux, my friend only water. He had to drive. It was warm, we were sitting in the sun outside.

As we arrived in Bordeaux we had quickly found a parking spot, then took a quick walk through the city before finding a place to eat and drink wine. Only visiting for a few hours, I found Bordeaux to be a beautiful city, and I would like to return some time. 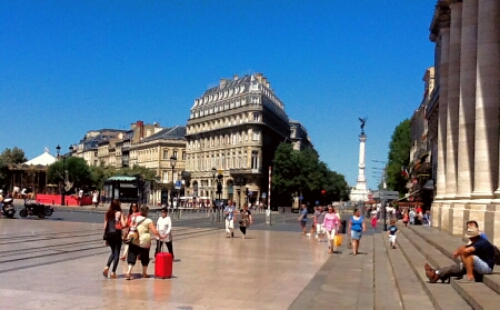 My wine arrived, I had a taste. It was delicious. I’m not an expert on wine, far from it, but even I could taste how good it was. A nice taste, it smelled fantastic, and a nice aftertaste. My friend, the driver was clearly jealous as he sat there with his water. I gave him a small taste, he was still way under the limit. 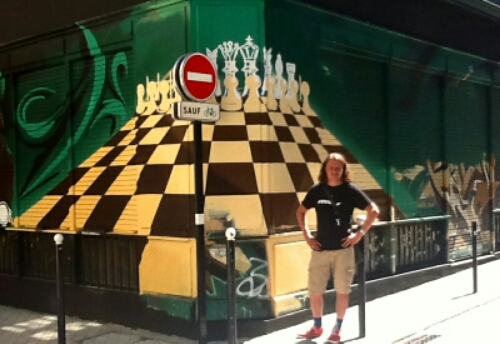 The wall of chess

As we returned to the road, driving north out of Bordeaux I could cross having Bordeaux in Bordeaux off my list. Now I need to have turkey in Turkey, then some chili in Chile.

2 thoughts on “Bordeaux in Bordeaux”