I looked for a record store in Reykjavik in April 2013

When I visited Reykjavik, Iceland in April 2010, during the volcanic eruption in fact, I found this really cool second-hand LP store. Serving both as a store and a hang-out, it also featured sofas and a television. This was during the worst of the financial crisis on Iceland, I had a very interesting discussion with the owner and his friends about the crisis and its impact on the Icelandic population. I really wanted to return to the record store in Reykjavik

I ended up buying quite a few records, the 50% drop in value of the Icelandic currency made prices very low compared to Norway. I returned to Norway determined to buy a vinyl-player.

I returned to Reykjavik three years later, I was determined to return to the record store in Reykjavik, setting out in search of it was one of the first things I did. I was quite sure I remembered what street it was on, all I had to do was follow the street.

Reykjavik is a really interesting city, even though the downtown area can be full of Norwegians on weekend trips, filling up the bars. The city has an artistic feel to it. The old bars, suddenly you can discover a huge artwork painted on a wall, old buildings. Walking around in Reykjavik can be quite a treat. 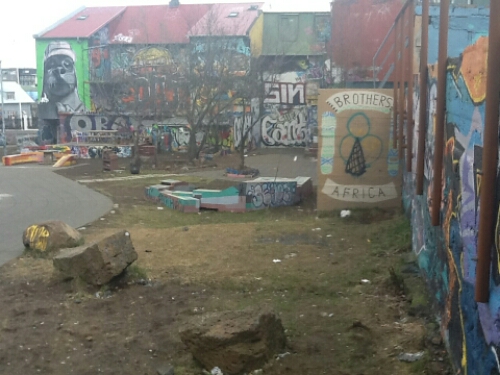 I found this really cool park on my walk

I had not even marked it on a map. I did not have a smart phone back in 2010. Nor in 2013 for that matter. Hadn’t used google maps. Hadn’t marked it in my Lonely Planet book. All I had to go by was memory. 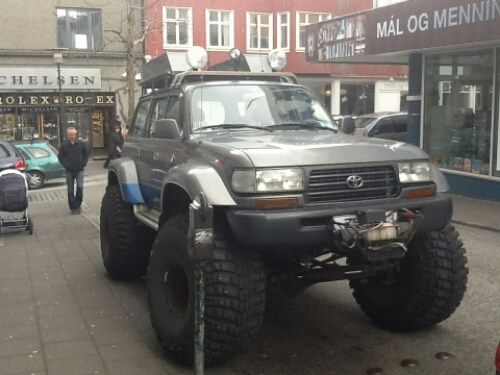 Icelandic cars are made for driving on glaciers

I walked on a bit further, became more and more sure that I had walked too far. I must have passed it. I walked a few hundred meters more just to be sure, then turned around. Made sure I paid more attention on my way back.

I still did not see it as I backtracked my walk. I was looking at the store fronts the whole time. I could not have missed it. It must have closed. I was very disappointed as I returned to my hotel. I had been looking forward to this for a long time. 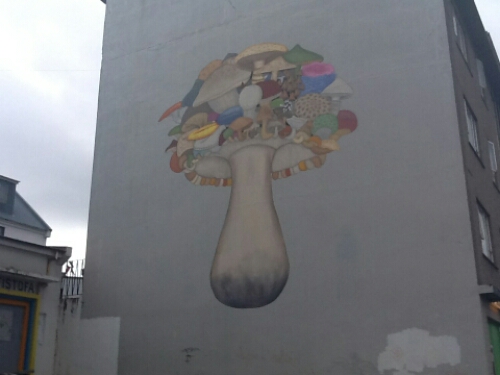 Talking with the owner last time I was there, I was quite surprised by his optimism. Iceland was going through a massive depression, unemploymemt was rising, their currency had just dropped 50%. He said he was doing fine though. He thought the future looked promising. Much of this based on the fact that his rent had dropped a lot. Maybe he was wrong. Maybe he had to close as sales dried up. Or maybe he closed for another reason. I don’t know. I just wish the place was still open.