This post is dedicated to Lemmy. May you rest in unpeace. It was written before his death and I have decided not to change it.

Mötorhead was one of the bands I had really wanted to see at the festival. I saw them in Brisbane in 2007, the concert was awesome. I could not wait to see them again. They were the second to last band on the main stage that night, I got a good spot just outside the moshpit to see them. 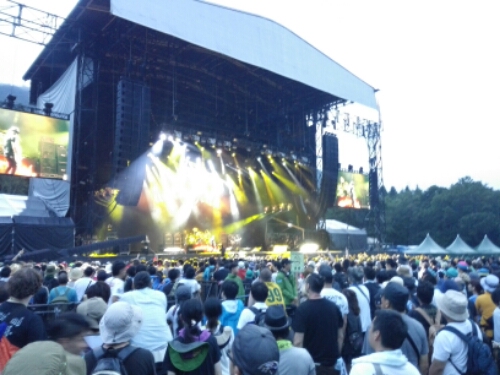 I have to say, although Lemmy is getting old, and it is starting to tell, these guys still rock. Lemmy himself mostly stood at the microphone, singing and hammering away at the bass. No more crazy antics, his hand shaking when reaching for the beer bottle. Getting older for sure. But still going strong. I am impressed. 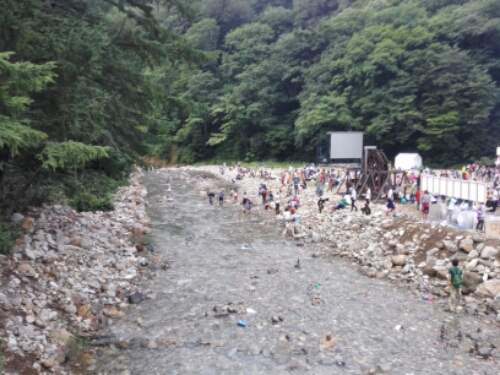 A river running through the festival

The star of the show was the drummer, Mickie Dee. He carried the show the whole way, always lively at the drums, and did an amazing ten-minute drum solo in the middle of the show.

Maybe not as great as eight years ago, but still a hell of a show.

Friday morning I woke up in my capsule in Ueno, filled with anticipation, took a bullet train from Tokyo, then a shuttle bus from the train station to the festival area. I arrived there early in the afternoon. 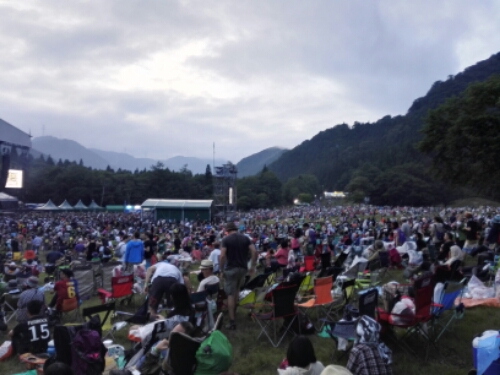 People waiting in front of the main stage

Two friends of mine were already at the festival, they had been to the pre-party the night before. A few messages back and forth to find out exactly where they were. I went to find them. 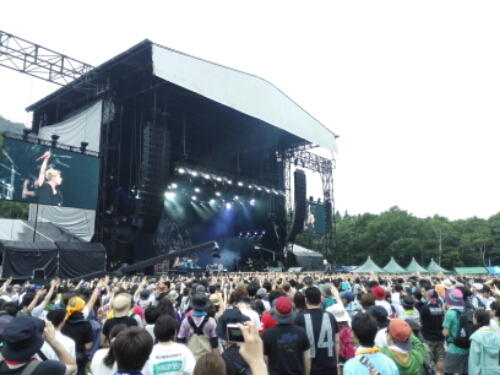 Together we saw One OK Rock, a Japanese Rock Band, or maybe boy-band playing rock. The concert was ok, next up was Mötorhead, I was very excited. As One OK Rock ended the show there was still about an hour to Mötorhead. I went for a bite to eat and then had a quick nap in my friend’s lounge chair.

The night did not end after Mötorhead. Next up was Foo Fighters. It was only a few weeks since Dave Grohl broke his foot in Sweden, that did not stop him. Perched atop a throne on stage he did a hell of a show, even showing footage of when he fell of stage, again and again and again. Even with a broken leg Dave Grohl and the Foo Fighters did an amazing show. 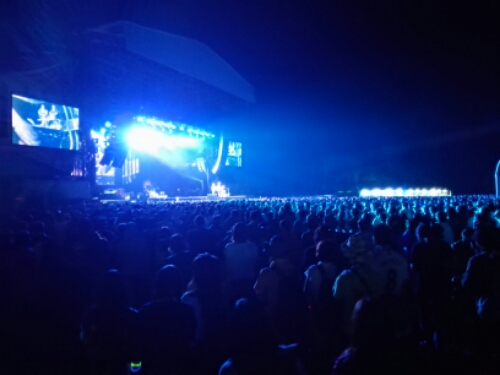 As the concert ended, the afterparties began. I had a great time and I was a happy camper when I finally went to bed in my tent. A tent which would be hot like a sauna when the sun hit it, at seven thirty in the morning. 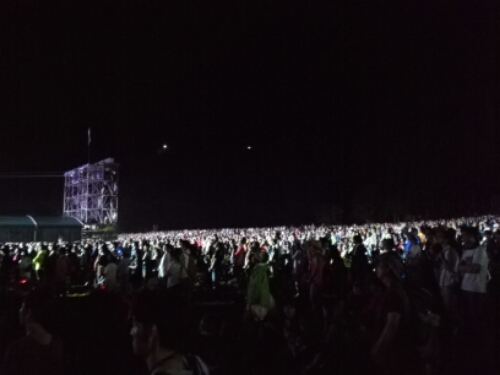 Fuji Rock Festival had started. I was in for a great weekend.