Even though the last concert was over, Fuji Rock Festival did not end for the night. There were several stages that kept the party going until the early morning. There was an outdoor cinema showing movies. In the Red Marquee tent the dance music kept playing all night long. And then there was Rookie-a-go-go and its surrounding area. 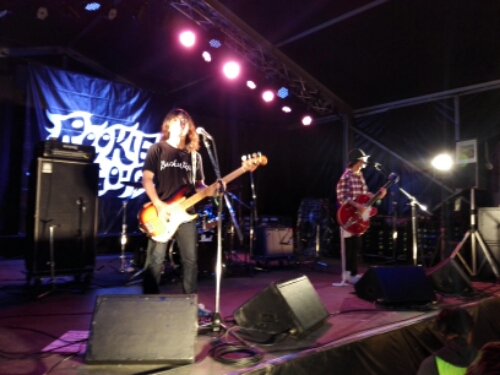 A band at the Rookie stage

I was on my way back to tent the first night, tired of the techno music at the Red Marquee, planning to go to sleep, when I first discovered Rookie-a-go-go. Just as you left the main entrance. On the outside of the festival area. You could hear the noise before you saw it. 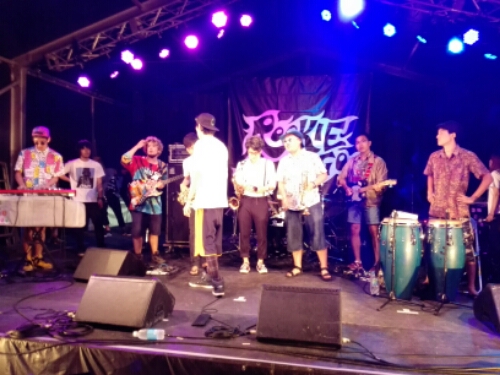 Ska band at the Rookie stage

I entered to have a quick peek, ended up staying there for hours. It was very late when I finally went to bed. There were two stages there, Rookie-a-go-go and a circus stage. A few food stands, some playground apparatuses, a night club. Bacardi also had a big bar.

I watched the bands playing at the Rookie stage for a while. Amateur bands battling for a spot at next year’s festival. The stakes were high, the bands were great. People were dancing and generally having a good time. 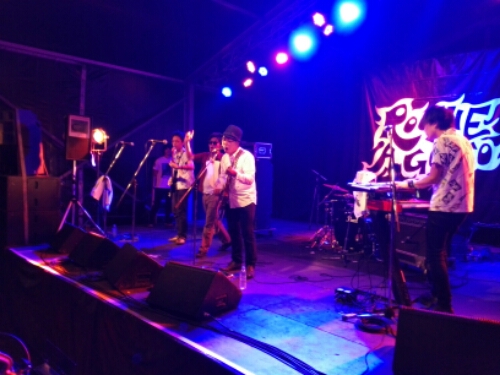 After a while the stage went empty, Circus of Horrors were performing at the circus stage.

The Circus of Horrors had several shows every night. As the name implies, it was a circus of horrors. Sword swallowing, fire eating, carrying thing in piercings, all kinds of stunts painful to watch and perform I presume. I’m not a fan really, only watched it briefly. Still, it was a good addition to the show. 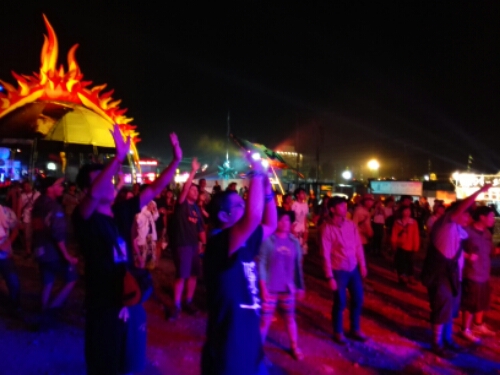 I had some food from one of the food stands. Fried chicken. So juicy and delicious. Washed it down with a beer. Not long after Circur of Horrors finished, another band came on stage. I headed over to watch.

I ended up coming there every night of the festival. It was a great way to end the night. I could have a few more beers, watch some more concerts. Meet many friendly people. I had a great time every night there. How long it was open I don’t know. I always went to bed first.

This is my fifth out of eght posts about Fuji Rock Festival. My previous post was The Best Weekend of my Life and the next post is A Festival the Japanese Way.

For all my stories from the festival see my Fuji Rock Festival Page.