A History of Japan by R.H.P. Mason and J.G. Caiger

I read A History of Japan in January 2016

The book covers Japanese history from the time of legend, up until World War Two, the occupation and the economic miracle in the second half of the 20th century. 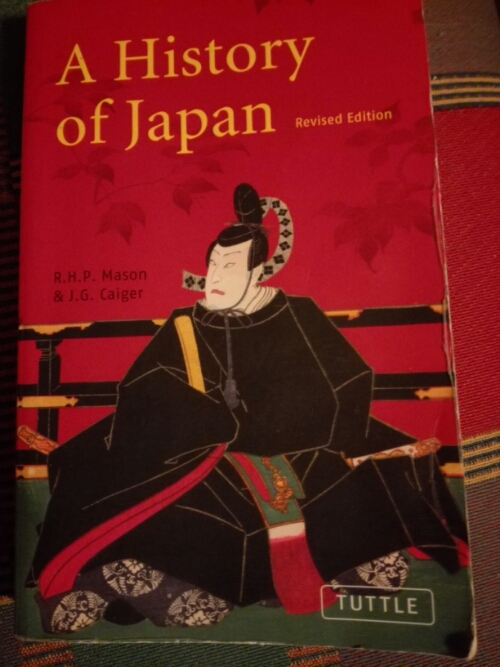 A History of Japan

Chapter by chapter the book goes through the different periods of Japanese history, not only focusing on big historical events and the battling and politicking between those in power, the book also looks at customs, culture and the life for the common people at different stages in history. Japanese music, literature, painting and other forms of art are also covered.

A History of Japan is an interesting and informative book as well as an easy read. It is a great introduction to the history of Japan for people wanting to learn more about the country. It covers all historical periods in Japanese history and is a great read for getting an overview of the country’s history. It is impossible to go deep into specific historical periods in such a short book, but it covers the main events through history.

The only fault the book has would be it’s age. I read the revised edition from 1997, the period from after American occupation is covered in a postscript, and the recession and lost decade are not covered at all.

For more books about Japan, see my Books From Japan Page.