I visited Amsterdam bar in Gdansk in December, 2015.

It had been recommended by a friend of ours, a great bar in Gdansk with a massive selection of Polish beer. We had to try it out. 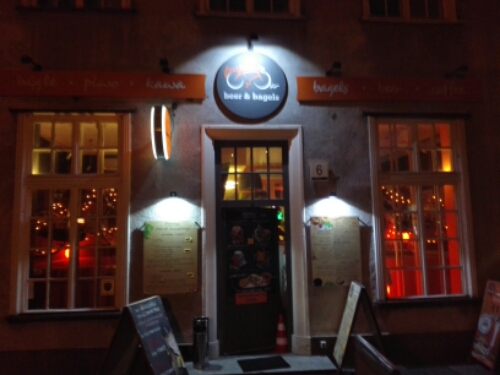 It was easy to find, just off the main shopping street, Dluga, a big, orange sign on the outside. It was saturday, we went inside.

The place was packed that saturday, not a single seat could be found. They were all occupied by people drinking, eating, having a good time. You could see and hear people were enjoying themselves. Talking, laughing, smiling. It looked like a great place. I wish there would have been room for two more.

We returned on sunday evening, we had been walking almost all day, seen the city of Gdansk, we were tired. The thought of sitting down with a refreshing beer sounded very tempting. 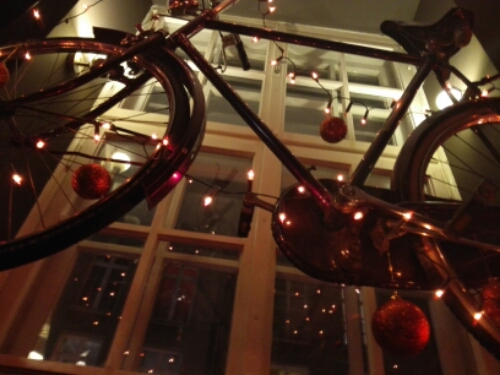 A bike was hanging in the window

Sunday evening Amsterdam Bar was almost empty. A few people were there, including the lonely drunk regular, we had no problem finding a table.

Amsterdam Bar is a very orange place, walls are covered orange, the logo is orange. Strange color for a bar, but it works. It boasts a massive menu of Polish beer, though it seemed they were out of almost half the brands. So many times when I ordered they were out of what I wanted. 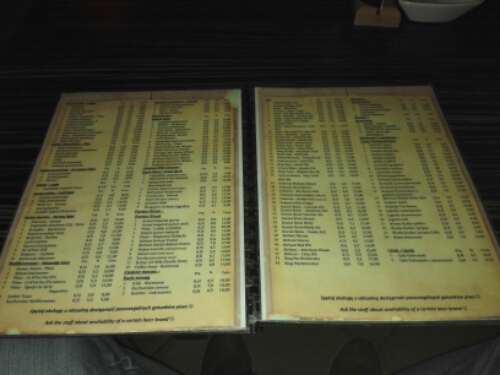 Amsterdam bar also served bagels and pierogi (Polish dumplings). We did not try the food there, so I don’t know how it is.

It is not a particularly big place, a lounge area to the left of the entrance, tables to the right. At the back a ladder leads to a lounge area upstairs as well. Forty people would crowd the place. 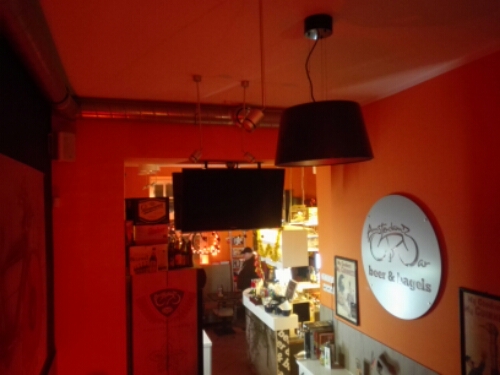 We ended up staying for a few hours on sunday evening. We sampled some beers, relaxed in the sofa, got our energy back. Not many people were visiting that night, it was quiet. I liked it.

Monday evening, our last night in Gdansk. We returned to Amsterdam Bar one last time. Still so many beers to try. 180 different Polish beers is a lot, impossible to get through them in one weekend. Most of them were bottled as well. 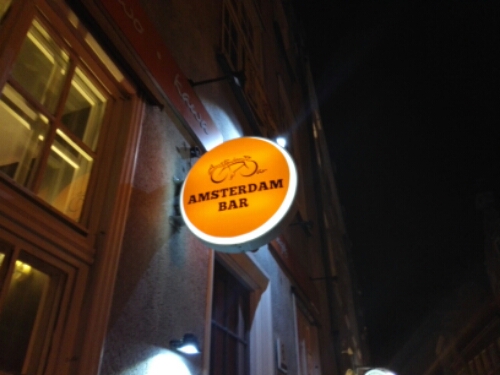 Amsterdam bar is a cool bar, has great selection of Polish beer and seems to be a bit off the tourist trail. I did not see as many Norwegians there as in the rest of Gdansk.

Like everywhere else in Poland, the beer is cheap and plentiful. A great place to drop by of you ever are in Gdansk. 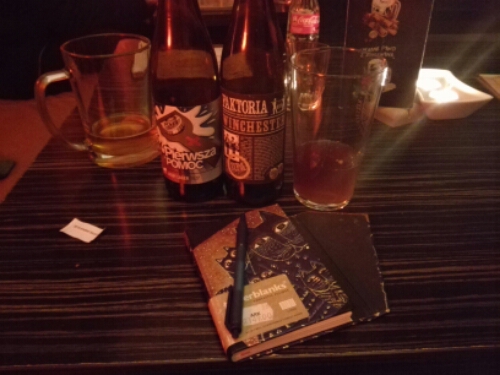 Drinking beer and writing in my travel journal