I was visiting Otaru, I had just finished my lunch, some delicious sushi, and not far down the road I found the Otaru Beer Brewery Pub. It was Christmas Eve, I was all alone, spending a few hours at a brewery pub sounded like a good idea. I went inside. 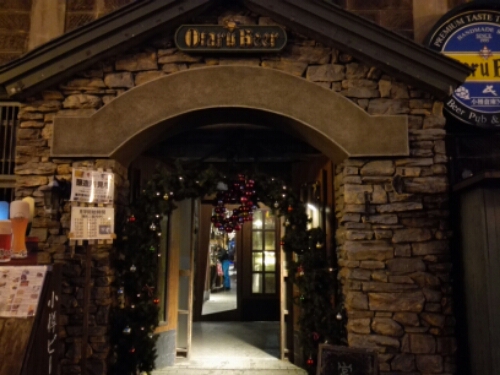 The brewery pub was decorated like an old German beerhouse. Everything in wood, long wooden tables to sit at, German music playing. Not too much light. Unlike other bars in Japan, you found your own table, no waiting for the waitress to seat you here. Not many people were here yet, I found an empty seat. Sat down. 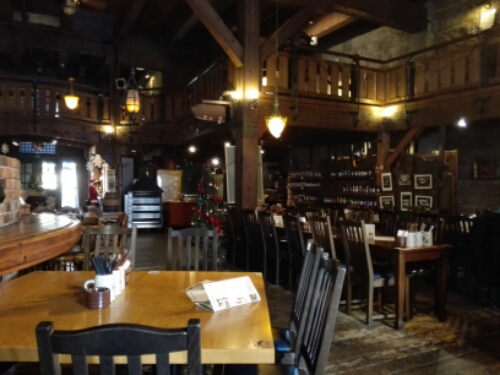 The Otaru Beer Brewery have three regular beers, pilsner, dunkel and weiss, as well as a seasonal beer, at this time dunkelbock. I had already tried their pilsner the day before, I decided to try the other three. I got out my phone, opened my unTapped app. Got ready for some check ins. 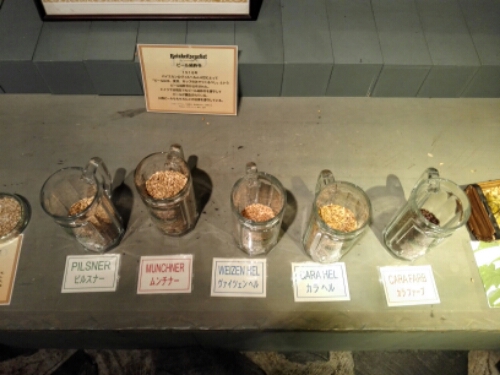 The different malts in use

I started with the weissbeer. Great tasting beer, a bit fruity, not too sweet. I sipped my beer and wrote in my journal, ordered a dunkel as I finished my weissbeer.

Otaru Beer is run by braumeister Johannes Braun, a German who had never set foot in Japan before being asked to run the brewery by a Japanese businessman looking to set up a brewery in Otaru. 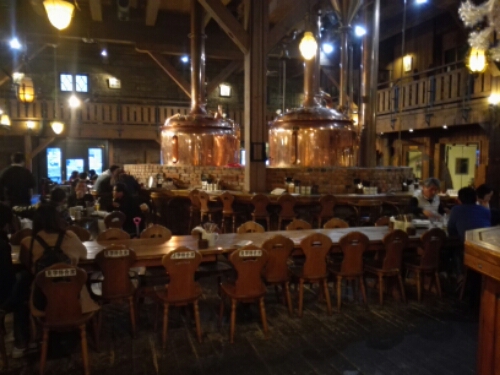 Braun immediately said yes, and in 1995 Otaru Beer opened. Run as a micro brewery, Otaru Beer follows the German Beer Purity Law (Reinheitsgebot), only allowing water, barley, hops and yeast as ingredients in a beer. Also, the beer can only be bought not more than 100 kilometers from the brewery, for longer transport the brewery can’t control the yeast in the brew, which can compromise the quality. 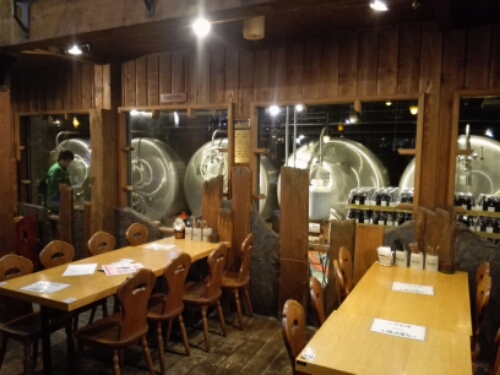 I finished my dunkel beer, it was good, but nothing fancy. A standard dunkel beer. I ordered the last one, the seasonal beer, dunkelbock. As it was my last one I ordered a big one, not the smaller ones I had been drinking until now. 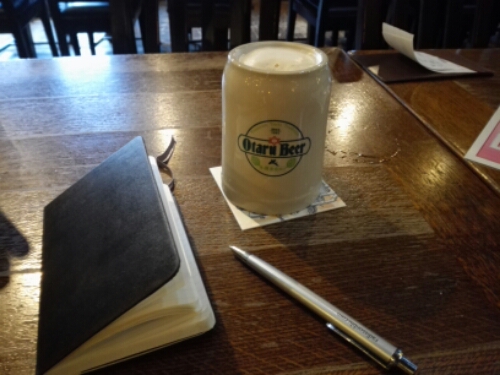 A dunkelbock and my travel journal

Allthough beer is still being brewed at the brewery, most of the production now takes place at a second brewery with a much larger capacity. Otaru Beer has seen a steady rise in sales since it opened. Now it usually sees an annual rise in sales of 10%. The brewery pub is simply too small to cope with the demand. 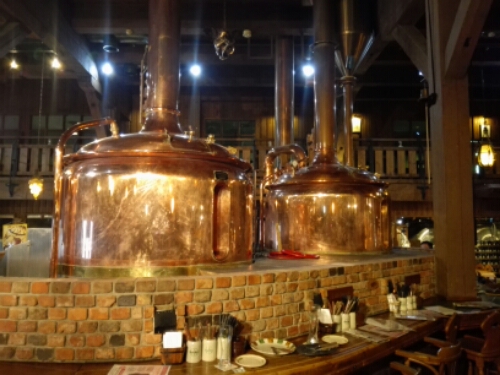 Some of the vats inside the pub

The pub also offers a guided tour of the facilities, the chance to see the brew fermenting, look in the vats, taste the unfinished product. As I finished my last beer I went to get such a tour, they run every half hour, I did not have to wait long. 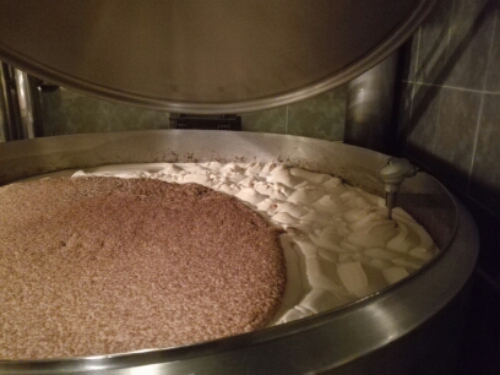 Beer in the making

The tour was even in English, not perfect English, but not bad for Japan either. I got a nice tour of the brewery, the whole brewery process was explained to me, it was an interesting and informative tour.

The Otaru Brewery Pub was worth the visit. Good beer, nice atmosphere, a cool experience. I did not try their food, but knowing Japan, it is most certainly good. 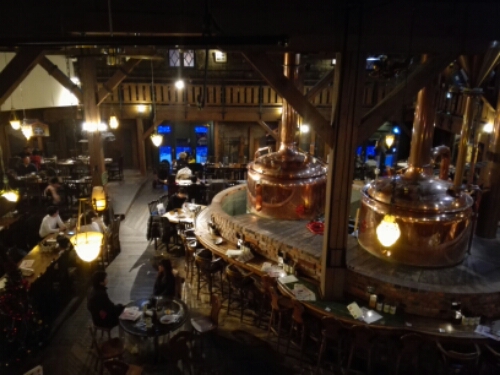 View from the second floor

It was getting dark outside now, I headed back towards Sapporo, looking for a place to have my Christmas Eve dinner. A visit to the Otaru Beer Brewery Pub had been a good start to a different Christmas, alone in Japan. 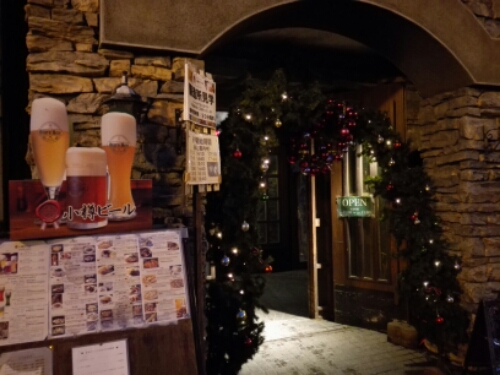