I visited New York while Eyjafjallajökull erupted in April, 2010

I was at home, packing for our weekend in New York, when my grandmother called to tell me about the volcanic eruption in Iceland. Apparently plane traffic in Europe could come to a complete stop because of it, putting our trip to New York in Jeopardy. Værnes, the airport in Trondheim still wasn’t closed, the airline told us to show up at the airport, no one knew what would happen. 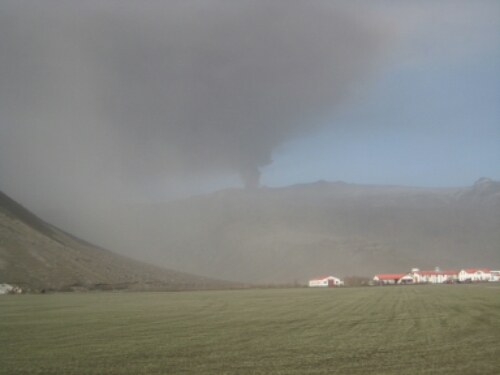 I did not sleep much that night, spent most of the time following the progress of the ash cloud as it slowly crept towards Europe. I was still optimistic when I left for the airport early in the morning.

When the Icelandic volcano Eyjafjallajökull erupted on April 14, 2010, it quickly became headline news. The eruption had actually started on March 20, 2010, but the first eruption had been smaller and not under the ice cap. When the volcano flared up again in April, the fact that the eruption happened under a glacier caused the lava to quickly cool, creating the tiny particles of silica and ash so disruptive to plane travel (Read more about this on my post about visiting the volcano).

At the airport we did not get much wiser. Our plane was still scheduled to take off, whatever would happen in Oslo, where we would change planes, was very uncertain. We could risk being stuck in Oslo, with no flights going back, and all train tickets and rental cars already booked. We could be stuck for days. 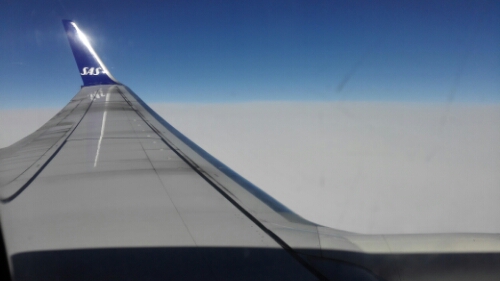 Half an hour before our flight, at 7.15 am it was announced that the airport would close at 8 am, 15 minutes after our flight took off. We would at least make it to Oslo. Next were flights first to Stockholm, then to New York. We crossed our fingers.

Two flight were still not cancelled at Gardermoen Airport, one of them was ours. Seeing the board listing all the flights was amazing, I have never seen so many cancelled flights before. We got to our gate, boarded our flight to Stockholm. So far we had been very lucky, last flight out of two airports. I kepy my fingers crossed, just one more change of flights to go. 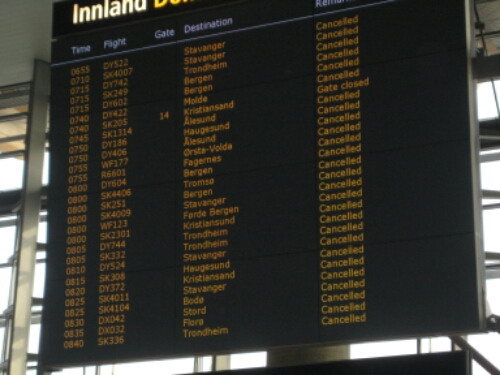 So many cancelled flights

When we landed in Stockholm, exited the plane, we quickly saw our flight was delayed. Two hours delay, that quickly became three. It was quite a long walk from one gate to the other, when we arrived we learned the delay was due to the volcanic eruption. The airline was busy trying to find a safe route to the US, but still quite certain we would fly.

All we had to do was wait, read about the eruption on the news, watch plane after plane get cancelled on the board. Never ours.

Three hours late we did take off, our last flight on the way to New York. Were we really going to make it? And what would happen in New York? We were there for four days, would the airports open by then. The eruption was forecasted to go on for at least a week. Suddenly we faced the prospect of being stranded in New York. Some of us hoped for it, others had to get home next week.

Normally when flying from Europe to New York you would start by flying northwest, fly close to Iceland, over Greenland and Canada before arriving. During this flight, that air space was closed, we started flying due south, passed Paris, then slowly turned west. This way we avoided the ash cloud, but it was far from the quickest way. An extra three hours it added to our flight, we arrived six hours late in new York. Nobody was bothered by that, we had made it. 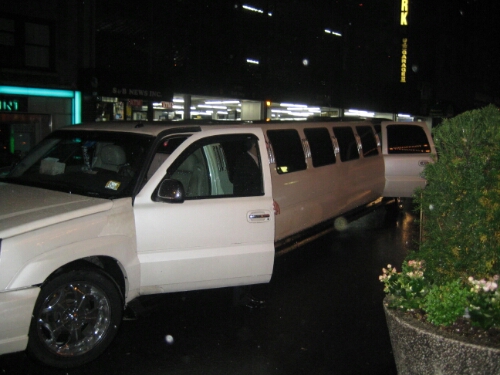 Picked up at the airport in style

For the whole weekend we did not know what would happen on sunday. Would we get home, would we be stuck. When sunday came our travel guide kept in constant contact with the airline on the phone, we were told to go to the airport.

Our plane, bound for Copenhagen, left on time. The first flight from the US to Europe since thursday morning. Copenhagen Airport was still not open, not even the cabin crew knew where we would eventually land. We were supposed to change planes in Copenhagen, get on a plane for Oslo. When we finally landed Copenhagen was still closed, we had landed in Oslo. Six hours before schedule.

Our plane from Oslo to Trondheim was cancelled, the air space was open but so few were flying. The airline filled up as many flights as it could, cancelled the rest. We were put on a flight straight away, landed in Trondheim about five hours before schedule.

We could not believe out luck that weekend. We had beaten Eyjafjallajökull.

The next morning I was flying to Reykjavik. But that is another story.