I visited Hudson River and New York in April, 2010

New York City by night, seen from a boat on the Hudson River, is beautiful. The scyscrapers, the lights, the skyline. For a long time I just stood watching the city, the lights. It was quite a sight. 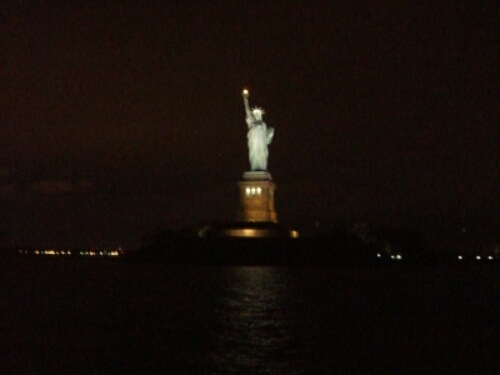 The Statue of Liberty

We passed under the Statue of Liberty, all lit up in the night. The green color looking almost like white from the distance. As we get closer she turns more green, the torch blazing and her crown illuminated. A beautiful view. 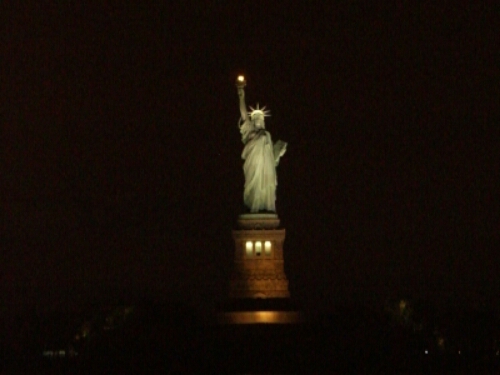 We were in New York for a long weekend, thursday to sunday. We had won a trip through work. All expences paid, we lived four days of luxury.

We were picked up by stretch limousines at the airport, whenever we were going somewhere for the rest of the weekend we would drive stretch limousines. We stayed in a five-star hotel, breakfast was served on a beautiful rooftop terrace, chefs ready to cook your bacon and eggs.

We had spent the weekend eating at the finest restaurants, gone to a broadway musical, been helicopter sightseeing above the city. To top it all off we finished with a dinner cruise along the Hudson River. Fine food, live music, a great view of New York. 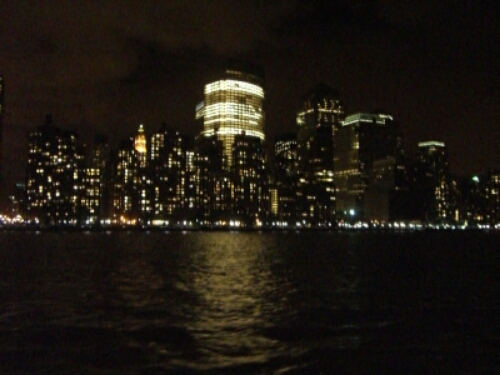 After a day of exploring New York by ourselves, limos picked us up at the hotel at 6.30, drove us down to the harbour. We boarded the boat, waited on deck as we drove off. Dinner was not yet for another hour.

We stood on deck for a while, took in the view. Waiters came with champagne. One by one we passed all the famous landmarks, all the buildings I had seen in movies and on TV. 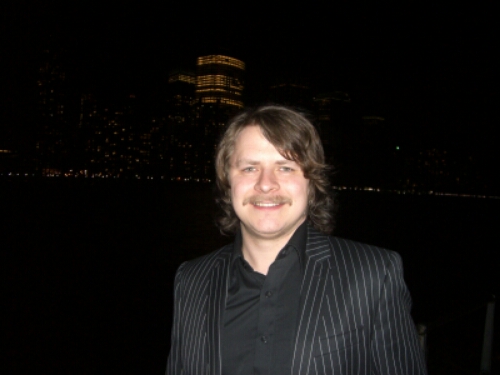 A picture of me

A three course meal was served, it was very good. Accompanied by excellent wine. There was live music after dinner. Myself, I would rather stand on deck, take in the view. I love cities, I love tall buildings, I love skylines. I find city views so much more interesting than nature views. I could stand on deck watching the city for hours. 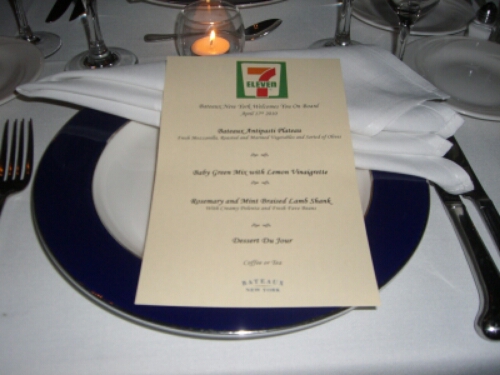 The cruise had to end at last, we got off the boat, the limos were waiting. We were driven off to one of New York’s finer night clubs, table service awaited us. 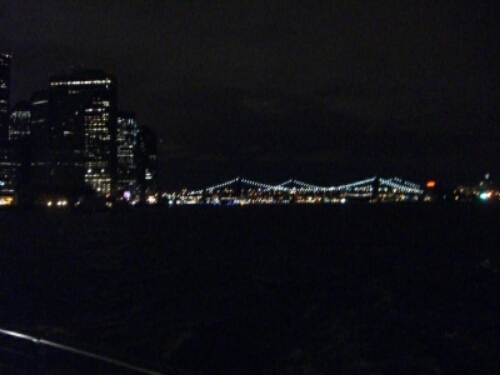