I took a boat ride with Tokyo Cruise in January, 2015

The boat almost looked like something out of a science fiction movie. Long, sleek, all courners rounded. Most of it covered by large glass panels, perfect for taking in the view. I was boarding the boat in Asakusa, it would take me to Odaiba, a little over an hour’s ride. As the boat arrived, people got out, then the gate opened for us. 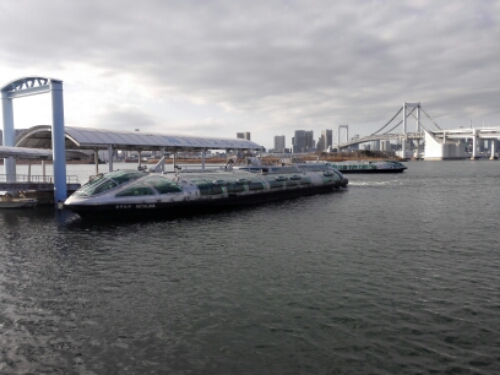 I was one of the first to board, got a seat with a great view by the glass. Wanted to take in as much of Tokyo’s river front as I could. I got out my camera, ready to take some pictures.

Tokyo Cruise Ship is a private water bus operator in Tokyo. The boat rides are mostly for tourist, and not a part of the main public transportation network. Tokyo Cruise operates a total of six lines in Tokyo. 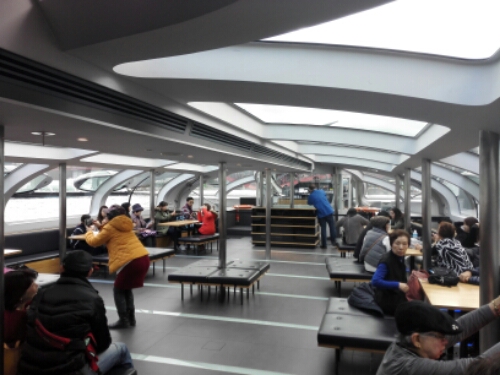 Most people on the boat were Japanese, but there was one other western family there. The father was snapping pictures the whole time, he must have taken thousands of pictures, the mother only looking out the window, the daughter looked incredibly bored. She did not even smile when she got an ice cream. 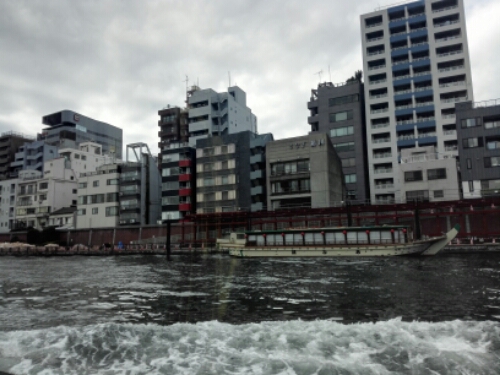 Many families with small children were on the boat, bringing bags full of food, setting up a picnic on the tables. No foods were sold on the boat, only coffee, beer and ice cream. People came prepared, bringing their own food. I settled for nothing but the view and a beer, I could eat when I got off the boat. 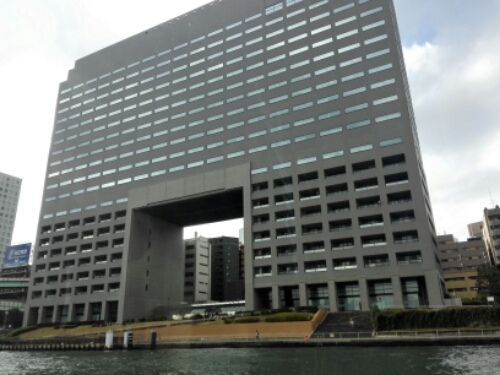 The view did not really change much during the ride. The buildings lining the river all looked almost the same, the bridges looked the same from below. A few boats passed us every now and then, the workers on them always waving to us. 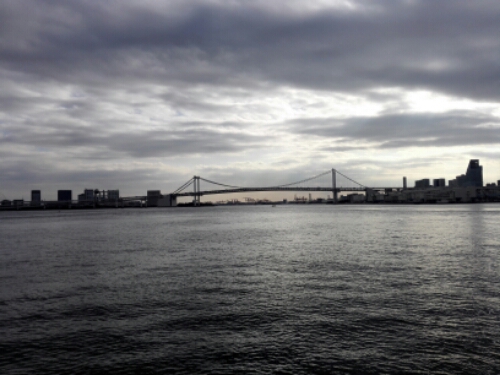 But this was Tokyo I was seeing, a Tokyo I have never seen before. I love this city, and I loved the boat ride along the river. I wondered who lived, who worked in the buildings we passed. We passed areas I had been to and areas I hadn’t been to. Even from the river everything looked Japanese. 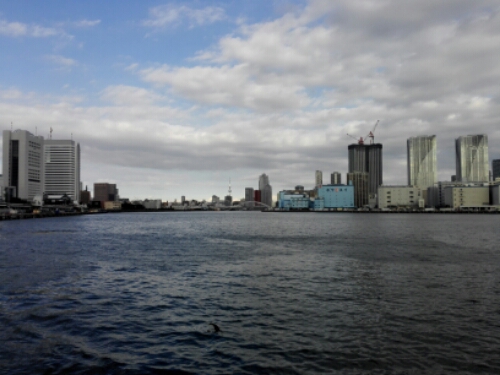 Tokyo Skytree way in the distance

Some time into our journey the crew opened the upper deck which allowed us an even better view. I bought a beer from the cafeteria on my way up, got a spot by the railing. A great view of Tokyo unfolded. High-rise on both sides of the river, residential and commercial in no particular order. Brand new buildings next to old ones. 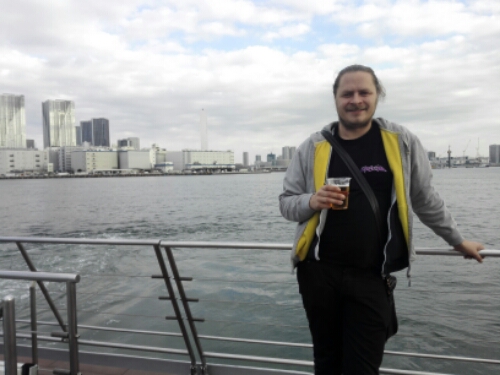 Enjoying the view on deck

We passed the Tsukiji Fish Market, it was quiet, too late in the day. All the action there happens in the morning. The river got wider, we were getting closer to Tokyo Bay. 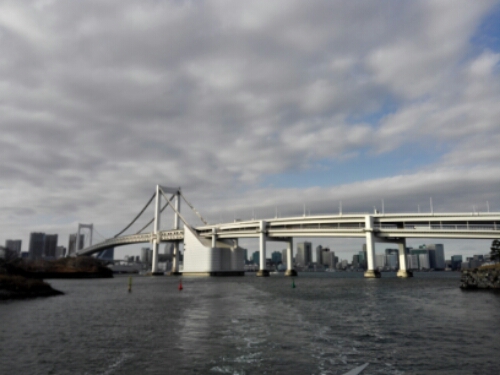 Odaiba was not far away, in front of us loomed the massive Rainbow Bridge. Behind it, in the distance, we could see Odaiba Seaside Park, the replica of the Statue of Liberty standing by the water. The boat took a brief stop at Hinode Pier before continuing on. No passengers went off, a few came on. Next stop Odaiba, before the boat would head back to Asakusa 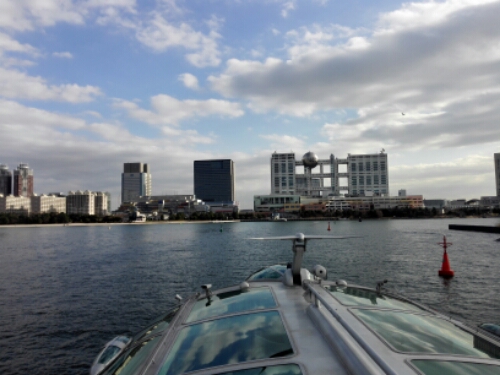 We passed under the rainbow bridge, we were not on a river anymore, this must be the bay area. We passed the fortifications built in the 1850s in anticipation of the return of Commodore Perry and his black ships. Not long after we anchored at Odaiba, we all got off the boat. The trip had taken an hour and twenty minutes, it had been an enjoyable ride.

For more information about Tokyo Cruise Ship, prices, times and such, visit their website.

One thought on “Tokyo Cruise from Asakusa to Odaiba”