I visited the heavy metal yakitori restaurant in Tokyo in January, 2015

‘Lemmy is not dead,’ he kept saying. ‘Not dead.’ He kept eating and drinking while talking, washing large bites of yakitori down with large sips of bear. ‘Not dead.’ 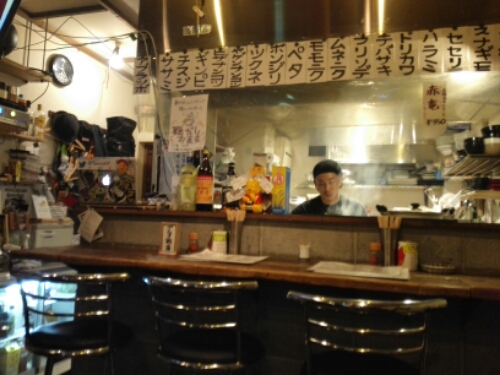 I kept smiling, a bit uncomfortably, not sure what to say. It was as he was living in denial. This big, tough bloke, leather jacket, skinny black jeans, piercings, he looked almost in tears at the thought of losing Lemmy. Like the death of Lemmy had taken away his meaning in life. I knew of only one thing to do.

I quickly called for the bartender, ordered two jack and coke, Lemmy’s favorite drink, hoping that would cheer him up. As the bartender came and served us it looked like maybe it did.

I had just returned from Oedo Onsen in Odaiba, been having a nice, quiet relaxing bath in the onsen. Now I was sitting at a heavy metal yakitori restaurant in Shimokitazawa, Tokyo, heavy music blasting out from the speakers. Only a few rockers were here except for us, the place looked a bit old and dodgy, no way would I go to such a place in Norway, especially not for food, and certainly not on a date. But I have come to trust Japan in a way. I have never been food poisoned there, never felt unsafe, never been robbed. It always works out it seems. When the half cooked pieces of chicken were served I ate those too 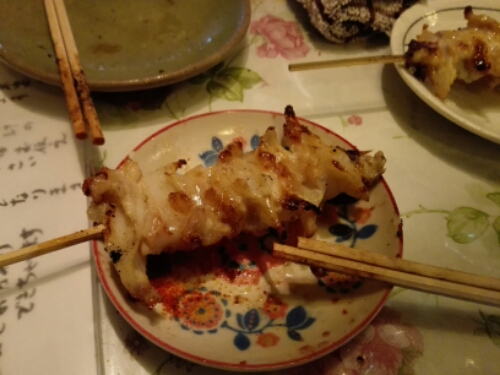 The first few yakitori restaurants we went to were all full. We really wanted yakitori, kept looking for more restaurants to try. We found the heavy metal yakitori restaurants after finding four full ones, we were happy to finally find a table. Not the most usual place for a date perhaps, but she didn’t seem to mind. It was her idea in fact, I first suggested we look for another place.

Band posters were hanging all over the walls. Both from old legends like Motörhead, Iron Maiden, Metallica, but also a lot of new bands, most of them Japanese. Music from the same bands being played loudly over the speakers. A few tables were scattered around, only one person working. Cooking and serving, as well as shouting, singing to the music, telling rude jokes, laughing. 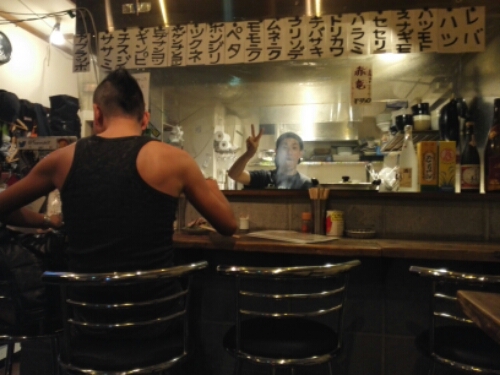 The menu was all in Japanese, I let her do the ordering. Soon enough skewers of meat arrived at our table. Chicken, pork, beef, all kinds of the animal was grilled. The chicken skin was delicious, we ordered more of those. It is amazing how the smallest, shadiest places in Japan can serve amazing food, how the drunkest chef can cook up the tastiest treats.

I knew it would happen sometime, it always does. The people at the table next to us started talking to me, using the little English they knew. First asking where I was from, then what I thought of Japan and Japanese food. The usual questions. The subject quickly turned to Lemmy’s death, only a week earlier, when Motörhead started blasting out from the speakers. I told him how I saw Mötorhead play in Japan only a few months ago, he regretted not having seen them for a few years. 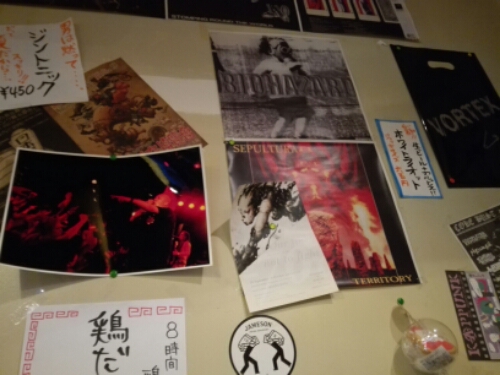 Band posters on the walls

Lemmy, the front man, and in many way the heart and soul, of Motörhead, was a man his fans thought would live forever. The amount of alcohol and amphetamines consumed daily had become a legend within the rock’n’roll community. And still he kept on living. His death on December 28, 2015 was quite a shock for most his fans. If Lemmy can die, we can all die. At any time. Suddenly your own mortality becomes very clear, it is easier not to think about it. It seems like some people just can’t accept his death. 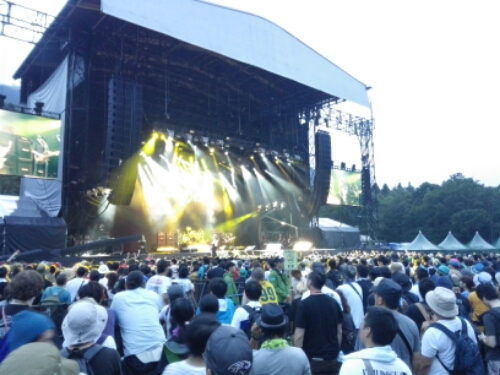 The rest of the time we were there, the guy would now and again turn to me, shake his head and tell me Lemmy is not dead. Funny at first, it got a bit old after a while. It was hard to have a converation by ourselves with the constant interruption.

I had a great time at the heavy metal yakitori restaurant. The food was great, good music was being played, not too fancy. My kind of restaurant. But with the constant reminder that Lemmy wasn’t really dead, it became too much after a while. We finished our food, paid and left. Just down the street was a great bar we stopped at.