I visited Svarta Kaffid in Reykjavik in March, 2016

The waitress brought me the soup in bread, a huge bread, hollowed out and filled with soup. It smelled delicious. I took the top of the bread off, could see the soup. South American Lemon Beef. I picked up my spoon, tried a mouthful of the soup. A bit warm, but not too bad. And it tasted really good. 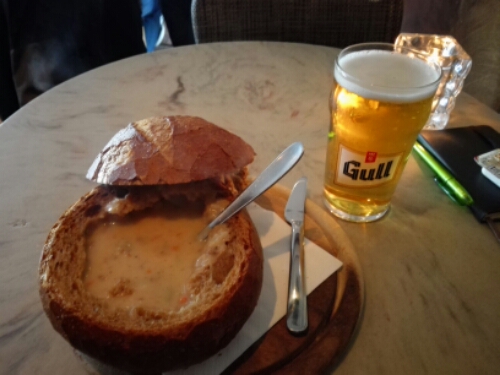 I found Svarta Kaffid by accident, I was walking through downtown Reykjavik, was on my way to the Reykjavik Penis Museum, passed the restaurant, saw the big signs promoting the soup in bread inside. Best soup in Reykjavik it said. Should I believe them?

I am a big fan of soup. I love soup. It is such a great food. My two favorite foods, ramen and soup curry are soups, both from Japan. I have also found Iceland to be a country of good soups. I decided to give it a try, went in. 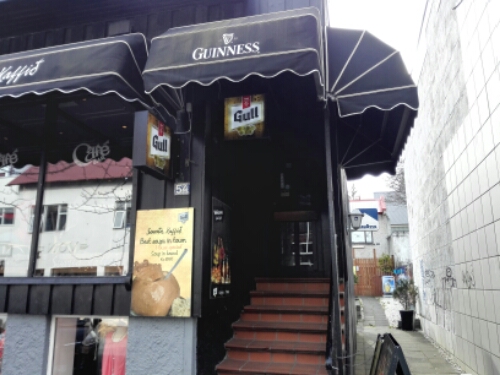 The entrance to Svarta Kaffid

Inside was a cosy little restaurant. The lights were dimmed, old pictures on the walls, a small counter in one corner. I quickly found a table, sat down. A waitress came with the menu after little time. They had two soups today, one with beef and one vegetarian. I ordered the one with beef, South American Lemon Beef, and a local beer.

The restaurant could seat around 30 peole, it was almost full when I got there. A few people left just after I arrived, it did not take long for new customers to fill the tables. The whole time I was there a table was filled quickly after it was vacated. The place must be popular. 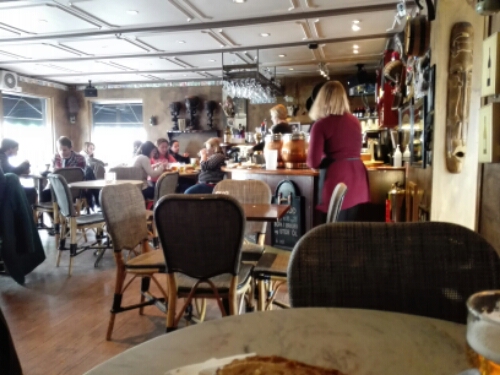 I finished my soup, it was delicious. The bread was really good too, I kept eating the bread for a while after finishing the soup. Drank some beer, wrote in my travel journal. I liked the place. It was nice. And had good food.

I finished my beer, the bread was almost gone too. Got up, went to the counter and paid. The price was not too bad either, this being Iceland, more expensive than Norway now. Left the restaurant, walked down the stairs to the street. 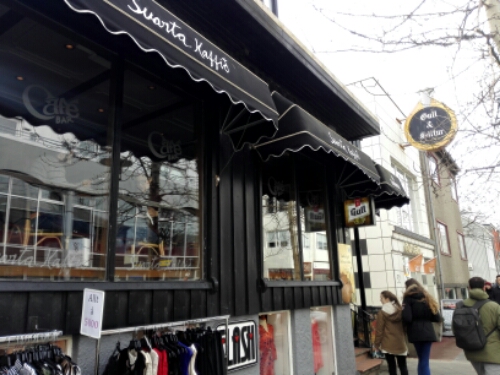 I was full, the meal was great. Happily I walked down the street to the Penis Museum. 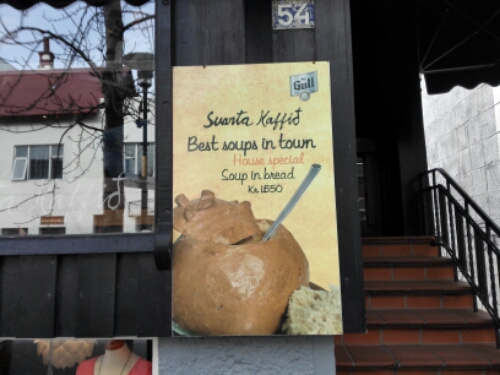