I visited Kurashiki in December, 2015 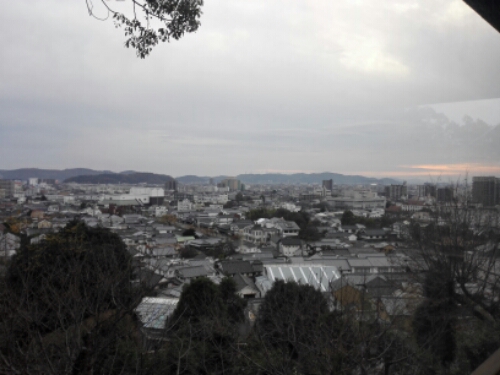 I was not quite sure what to expect, had no idea where we were going, just trusted my friend to take me somewhere cool. Travelling blindly, not knowing where you are going can be cool, this time I let my friend be my guide.

After getting off the train a short ride from Okayama we stopped for lunch at an Italian restaurant. Run by a Japanese family, but the food could have been served anywhere in Italy, it was really good. We had a few glasses of wine as well, felt great as we set off. 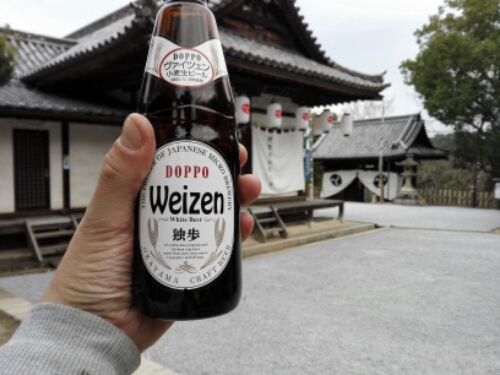 Kurashiki looked like any small Japanese town. Grey, unorganised, a crazy mess of electrical wires suspendes overhead. We kept walking along the road, then my friend took a left. I could suddenly see why he had brought me here. 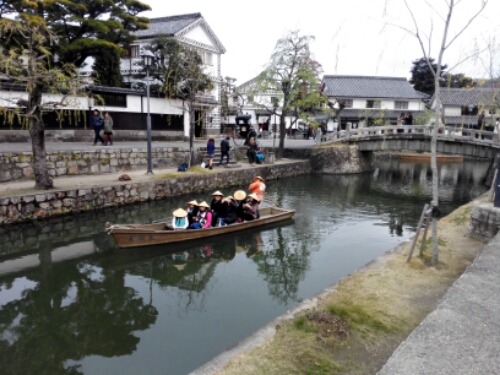 It was like stepping into old Japan, Japan of the Edo period. Before the Westerners came, before Japan modernised. Old Japanese houses were lining the road, the road running on both sides of a small river running through the town. On the river gondolas were taking tourists for a ride. No electrical wires to be seen above us either. 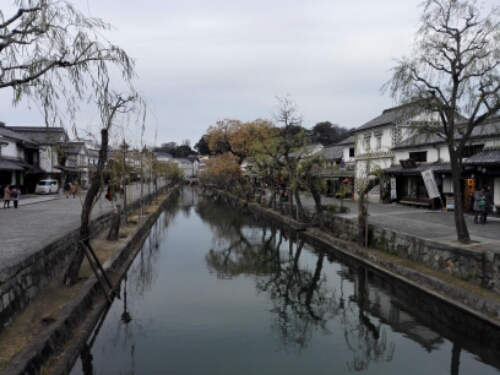 Kurashiki is a small city in Okayama prefecture. It used to be an importany point along the distribution route of rice in Japan, making the city important to control. In the Edo Period, Kurashiki was under direct control of the Shogun, the ruler of Japan. 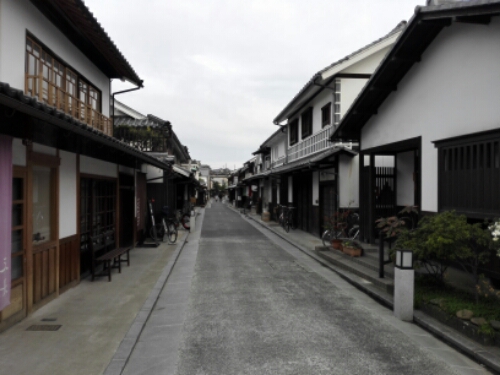 I loved the old streets

In the Bikan Historical District, the old town with its storehouses is preserved, giving a glimpse into what Japan looked like in older days. The storehouses that used to store rice are today converted into cafes, museums and shops. 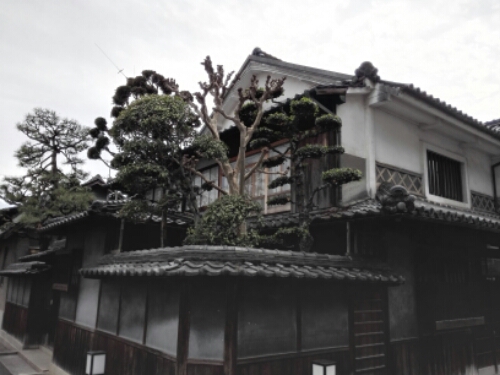 And the small, beautiful gardens

We walked down the street, looking into the stores as we passed them. I usually buy a souvenir shot glass from every place I visit, but in Japan they can be hard to find. In a store in Kurashiki I found a sake glass with the kanji for Kurashiki on it. I bought it along with two local beers, one for me and one for my friend. 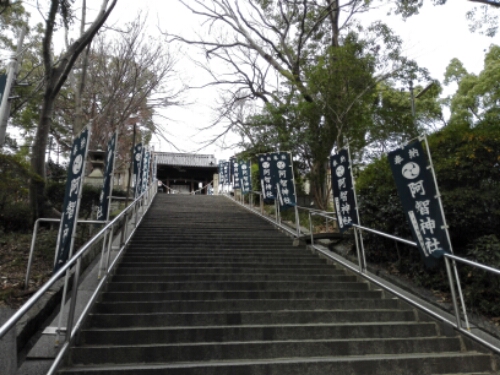 Stairway to the temple

We kept walking through the historical district, beer in hand, on top of a long set of stairs we found a beautiful temple. While walking around a monk passed us, my friend tried to hide his beer, did not feel comfortable drinking in a temple. The monk looked more jealous than mad when he saw our beverage. 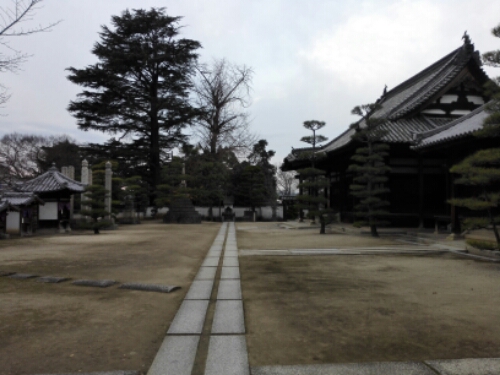 From the temple we had a splendid view of Kurashiki, it is bigger than I first thought. We took in the view for a while, found another way to take us back to the station. We had dinner plans in Okayama. 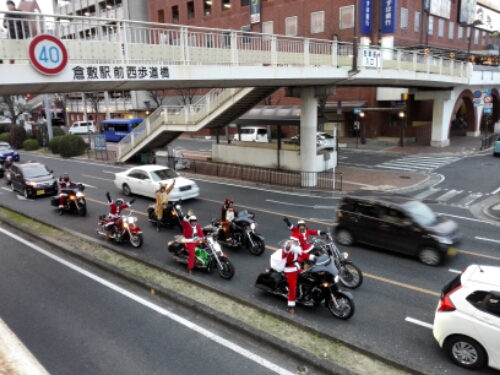 Santa and his elves

On our way back to the train station Kurashiki had one last surprise in stall for me. At an intersection, waiting for a green light were a group of bikers dressed up as santa, elves and reindeer. It was red for a while, plenty of time to wave at them, snap some pictures. Only in Japan.