I travelled to Japan with SAS Lounge Access in December 2015.

Even though I like to travel, love to see different airports, see what they have to offer, travelling can get a bit boring. Airports mostly look the same, the restaurants are mostly the same, the food is usually not so good. I usually end up finding a seat in a bar, a book and a beer to kill time. 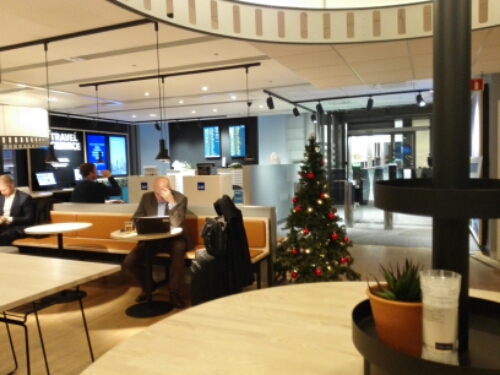 Another option is to visit a lounge, either if you have access or if you can pay for access. When flying to Japan last Christmas, I learned that I had free access to SAS lounges. During christmas and summer, even silver members of Eurobonus have access. SAS had lounges on all three airports I was to visit, a great chance to see what the lounges had to offer

The SAS lounge in Trondheim is a so-called cafe lounge. These lounges do not serve alcoholic beverages or hot food. There is plenty of coffee and soft drinks, as well as fruit and pastries. My flight left early in the morning, I had my breakfast at the SAS lounge in Trondheim. The lounge is not that big and can quickly become crowded. As it was early in the morning I quickly found a seat. 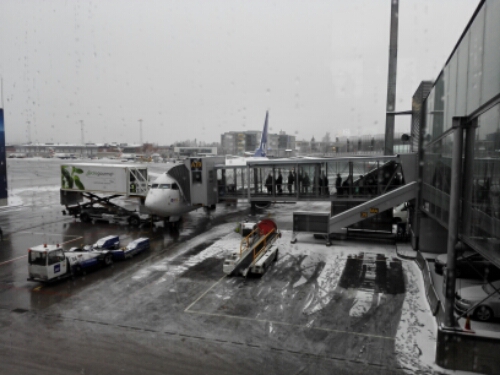 Ready to board my plane in Oslo

The lounge at Oslo Airport Gardermoen is a full service lounge. There are two SAS lounges at the airport, one in the domestic and one in the international terminal. Here also it can be crowded, and sometimes you are lucky if you find a seat. 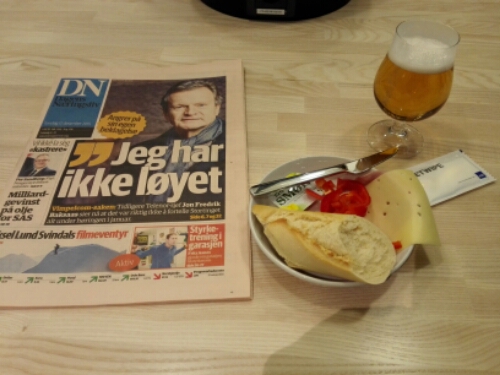 Breakfast at the lounge in Oslo

I had breakfast number two that day, and even got myself a beer. It was early morning, but I was on holiday and could have a beer if I wanted. The lounge had a large breakfast buffet with bread, several spreads, cheeses, salami and jams, orange juice and coffee. I helped myself to another breakfast.

The lounge in Copenhagen was in my opinion the best of the three. A large lounge with several different seating options, lunch buffet including hot food, danish beer of course. I had two comfortable hours in one of their sofas. Reading the news paper, eating some food and charging my phone. 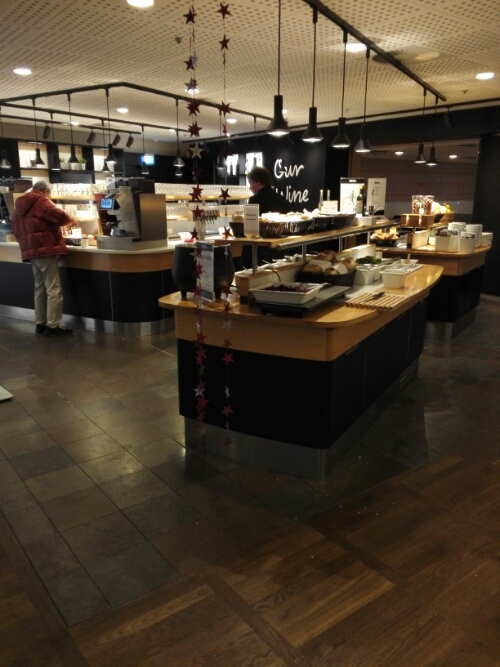 The buffet at the lounge in Copenhagen

The lounge is much bigger than the lounges in Oslo and Trondheim and finding an empty seat was no problem at all. 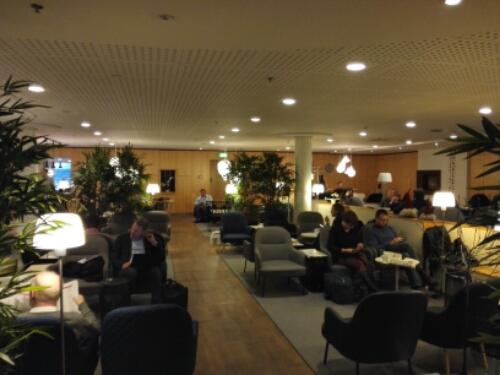 Part of the lounge in Copenhagen

Lounges are a convenient way of killing time at airports. You get a quick snack to it, soft frinks or alcoholic beverages, newspaper and the chance to charge your phone, tablet or laptop. The three lounges I tried were sifferent, the one in Copenhagen my favorite. The one in Trondheim fells a bit small and cramped, the two in Oslo could also be bigger. In Copenhagen there is plenty of space, a tasty buffet and more than enough charge points. 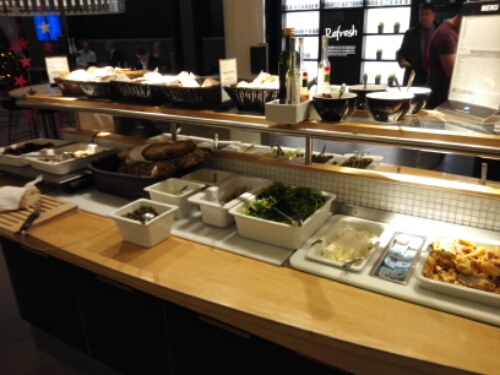 The buffet at Copenhagen

If you are staying at an airport for a long time I advice you to see if some of the lounges are open, and if you don’t have access it might be possible to pay to get in. If you are hungry, the price of entrance might be the same or less than the price for an overpriced meal at the airport. Throw in a few beers and visiting the lounge might be cheaper. 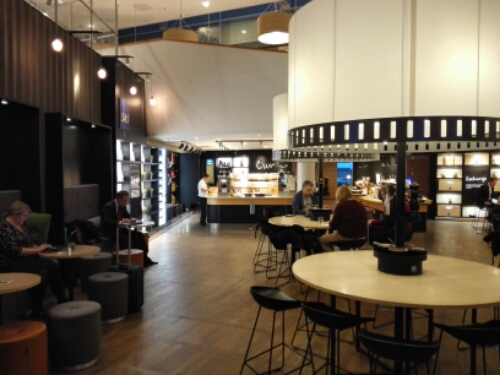