I took a hot air balloon ride over Trakai just outside Vilnius, Lithuania in May 2016

‘Look, it’s a fox,’ he said, pointing down to the forest below. The fox was easy to spot as it ran through the trees. It wasn’t thick vegetation, you could easily see the forest floor.

‘And look,’ the driver said, pointing in the direction we were flying, a little bit ahead of the fox. ‘It’s a deer.’ 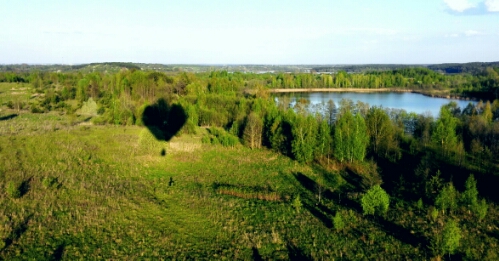 About a hundred meters in front of the fox, in front of us, I could see a deer running through the woods. Running from the fox? Maybe.

It was the first hot air balloon ride of my life, and I was having a great time. So much to see, such a view. And how cool wasn’t it to travel like this through the air. No engine, no electrical power. Simply flying using heated air. It gave me a great view of Trakai, Lithuania. 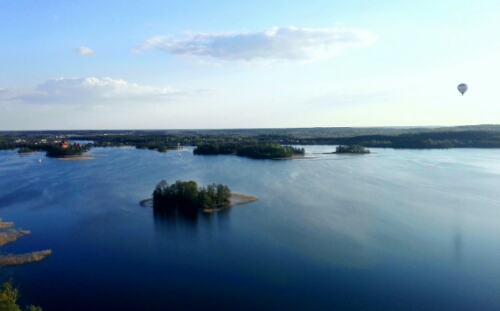 I was picked up at my apartment in Vilnius by the ballooning crew. There were three of them, really nice people. We chatted almost the whole thirty minutes drive to Trakai. It turned out the car we were in was bought in Norway and taken to Vilnius. They liked the car, said it was a good car for ballooning. A car that could drive off road, following the balloon as the winds took it away.

After a quick stop on the way to pick up two other passengers we arrived at the field outside Trakai where we would set up our hot air balloon and take off. The crew quickly started working, and it did not take long before they asked for our help. I was charged with holding the balloon up so the hot air could rush in. 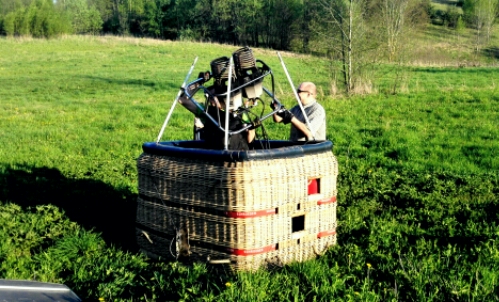 Getting the balloon ready

It took about 45 minuted to set everything up, then we were ready for take-off. We jumped into the basket one by one, the balloon started rising, we were off the ground.

We were flying over Trakai, an historic city 28 kilometers west of Vilnius, in an area with over two hundred lakes. We were away from the urban sprawl of Vilnius, here were only nature, a road every now and then, a few clusters of houses. One of the first buildings we passed was the Trakai Island Castle, a beautiful 14th century castle standing on an island in the middle of a lake. After falling into disrepair in the 17th century, reconstruction started in the early 20th century, but was disrupted by two world wars. Reconstruction was again started in 1946 and mostly finished by 1961. 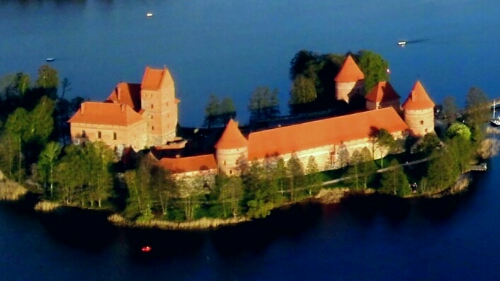 Today the castle stands out in the landscape, especially from above. A beautiful brick-colored 15th century style castle standing on an island in the middle of a lake. It was clear skies, the sun was starting to set, which made the view even more incredible. 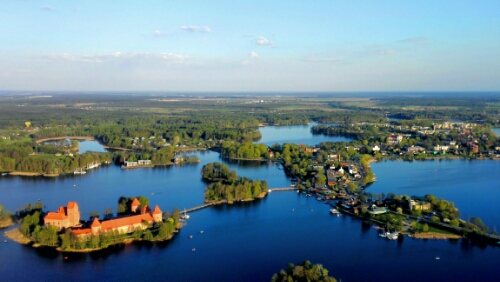 There are several hot air balloon companies operating in and around Vilnius. I found my company by using google, and picking one of the first that came up. I filled in a form online and was contacted the next morning.

There are options for both morning and evening rides, and you can ride over Vilnius, Trakai or other nearby areas. When I was in the balloon I think I counted seven other balloons in the air that I could see. Half of them were over Vilnius. 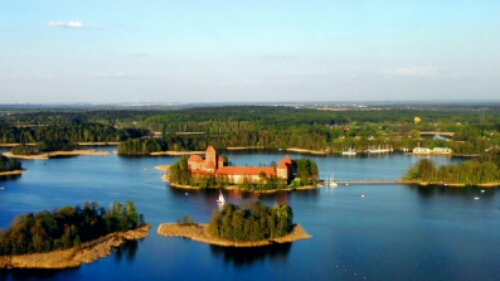 The price for the ride was €100. The flight was about one hour long, the whole trip took three hours. This included transport from Vilnius and back, as well as a glass of champagne and a special baptism ceremony after landing.

Halfway into our flight we had passed Trakai with its castle and lakes, now we were mostly flying over woodland. A road passing through every now and then, a lonely lake once in a while. Far in the distance we could see Vilnius, at least four hot air balloons were flying over the city. 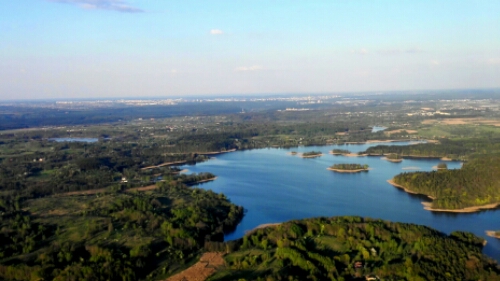 Vilnius in the distance

When the driver found a good place to land he slowly started letting go of the heat, the balloon slowly descended. We landed in the middle of an open field, surrounded by forest, no road in sight, but only minutes after landing a car appeared. One of the crew had followed us in their car, he was right on our tail. 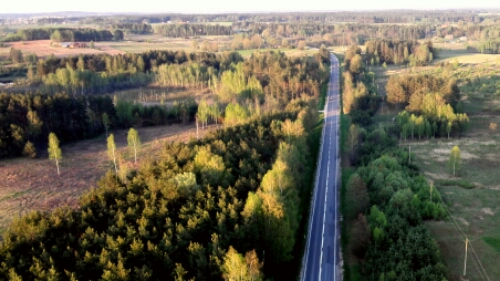 The woodland around Trakai

Before leaving we all had to be baptised, this being our first hot air balloon ride. A piece of our hair was lit on fire, then the fire was put out by champagne. Some mud was smeared in our forehead. We were given a glass of champagne and a diploma. We were officially not hot air balloon virgins no more. 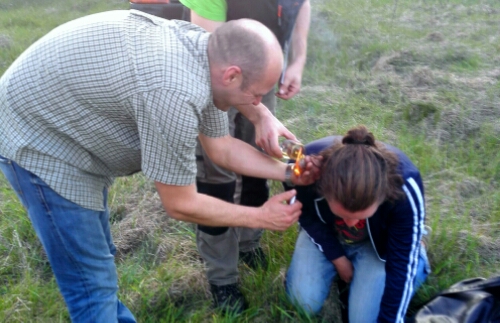 It went surprisingly quick to pack up the balloon, then we set of driving through the forest. We found a small road and was able to follow it back to the main road and head for Vilnius. 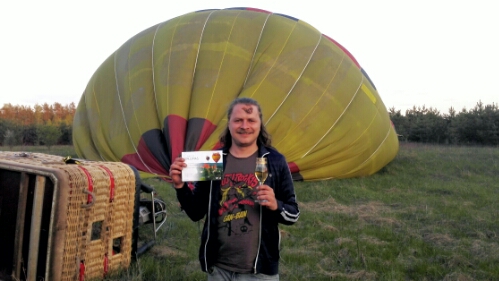 Officially not a hot air balloon virgin no more

The balloon ride was a special experience, giving me a great view of Trakai and the country-side around Vilnius. Having never flown a hot air balloon before, that was exciting in itself, the view just made the experience more special. If ever given a chance to take a balloon ride, jump on the opportunity. 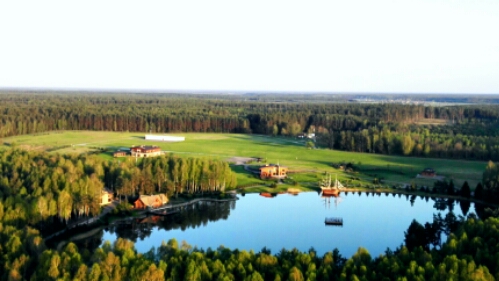