I had a layover in Tallinn, Estonia on my way home from Vilnius in May, 2016

No one was at the service counter as I arrived. Only a phone and a note asking us to call for assistance. I picked up the phone, called the number provided, explained my situation. The lady said she would send someone over. 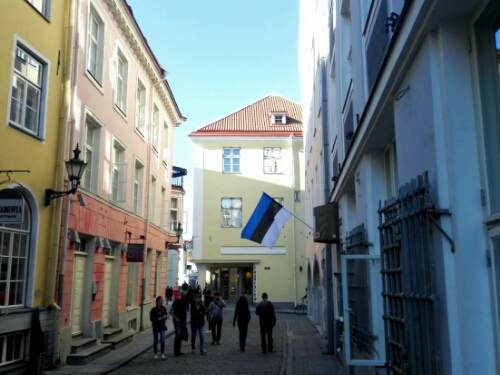 The Old Town of Tallinn

I had a five hour layover in Tallinn, quite a long time, I wanted to go into the city. I had never been to Estonia before, a quick visit was better than nothing. I did not want to waste my time at the transfer desk at the airport. 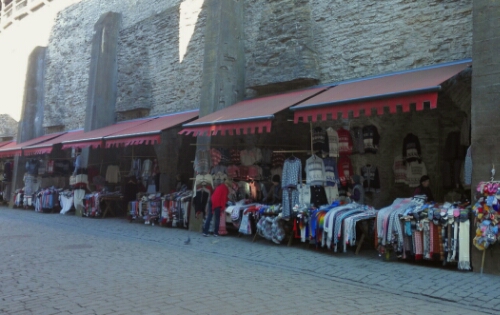 A market in the Old Town of Tallinn

I wasn’t the only one needing a boarding pass it seemed, a line was forming behind me. Finally an attendant came, printed my boarding pass. I was all set. Ran through customs, nothing to declare, found an empty taxi outside.

As we started driving towards Tallinn the driver wanted to know where I was headed. I explained him my situation, I knew nothing of the city, had only a few hours on a layover in Tallinn. He suggested dropping me off in the Old City. I agreed. 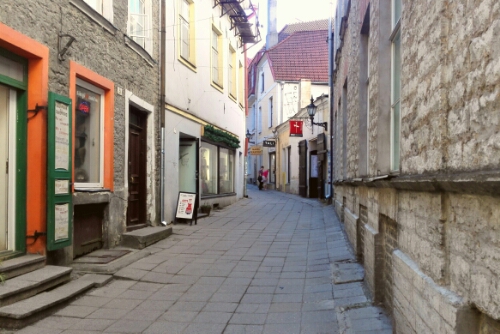 The streets of Tallinn

Visiting an airport does not count as having been in a country I think. Airports are airports, all the same. You have to leave the airport, see the city. I don’t mind having long layovers if I can leave the airport, go sightseeing for a few hours. No passport control within Schengen makes this easy as well, I did not have to show my passport while visiting Tallinn. Not in Vilnius either, for that matter.

I planned to take full advantage of my time in Tallinn. See the old city, grab a beer, maybe see parts of the new city, then find a taxi to take me to the airport. The taxi driver dropped me off just outside the Old City, I paid, said goodbye, followed the directions he had given me when I walked away. 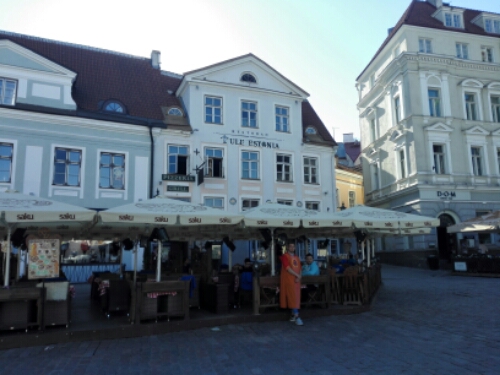 The restaurant where I stopped for a beer

After three days in Vilnius I was a bit disappointed by Tallinn. I found Vilnius to be much more beautiful, cleaner. In Tallinn there was road works going on all around the Old City, that might have something to do with it. Also, I did not get to see much of, or spend much time in Tallinn, I was only here for three hours. But three hours after arriving in Vilnius I had a much better impression of that city.

I got the feeling Tallinn was a bit more of a tourist trap, or maybe just the Old Town is. Employees at restaurants were dressed up in traditional outfits, and every restaurant had employees standing outside trying to get the attention of tourists. I never saw that in Vilnius. 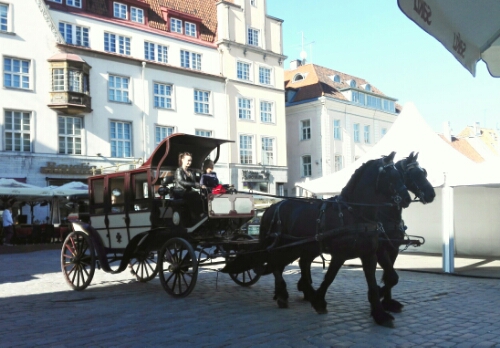 At the main square there were several restaurants. They all looked like they catered for tourists. I chose one at random, sat down and ordered a beer. A local lager called Karl Friedrich. Nothing special, no craft beer, but an easy to drink normal lager.

As I was sitting there both a horse and carriage and a small tourist train passed by, taking tourists around the city. Every restaurant had english menus and picture menus outside. It felt like a tourist trap. 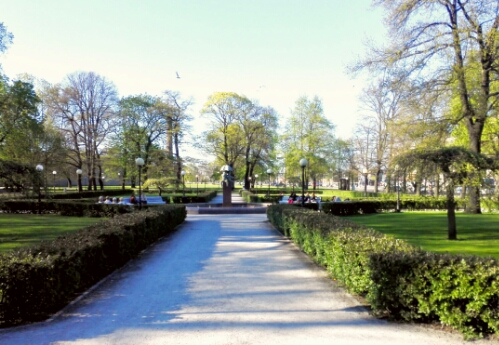 A park in Tallinn

Looking for a taxi to take me back to the airport I remember what the cab driver who took me here told me. There are several taxi scams in Tallinn, small companies with old cars picking up tourist and severely overcharging them for their ride. Only take cars from Tulinka or Tallink taxi he said, himself driving for Tallink. As I later googled the information it turned out to be true, there is a problem with taxies overcharging tourists in Tallinn (read more about it on Tripadvisor). 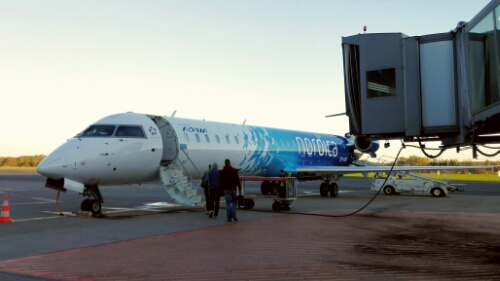 Boarding my flight for Trondheim

On the road I could only see taxies from other companies, but after some walking around I found a taxi rank and a Tallink Taxi to take me back to the airport. I had been to Tallinn and Estonia now, another country to add to the list.

I realise that a short three hour visit is not long enough to form a proper opinion about a city. And after three days in Vilnius I kept comparing Tallinn to that city. I found Tallinn to be not as nice as Vilnius, more expensive, the people were not as friendly and there were way more tourist. But I am basing this on a quick visit to the Old Town, and I am sure another visit to Tallinn would change my mind. With direct flights from Trondheim to Tallinn I am sure I will return soon and really experience the city, not just have a layover in Tallinn.