I had a layover in Copenhagen on my way to Amsterdam in May, 2016

As soon as the plane landed and we got out of the airport, we got on the first train for the city. It was still early morning, not even 8 am yet, our plane for Amsterdam left at 1 pm. That gave us plenty of time.

We were on our way to Copenhagen for breakfast, a five hour layover between planes on our way to Amsterdam. Why wait at the airport when the city is only 15 minutes away by train or metro. 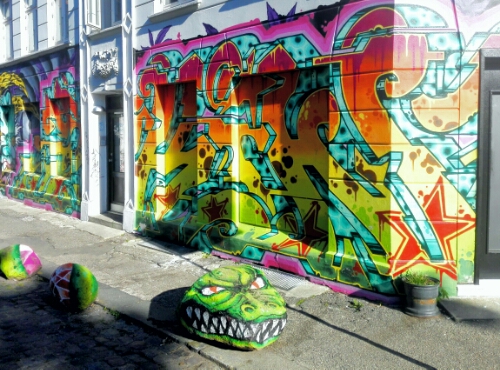 As we got off the train I let my friend take the lead. He used to have family in Copenhagen and has been here countless times. He knows the city way better than me. I just let him know I was getting hungry, we should find a place for breakfast soon. The rest of the trip he was in charge of. 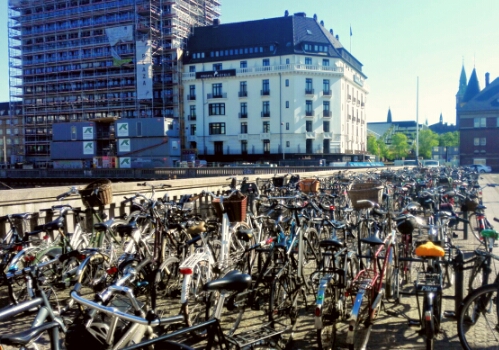 Copenhagen is a city of bikes

After some sightseeing we found a cafe where we could have breakfast. We both ordered a big plate of egg, bacon, sausages and baked beans, waited for the food to get ready. It was still quiet in the streets of Copenhagen, not many people were out, but so were the deliveries trucks. The trucks took advantage of the empty streets to deliver their goods to the shops and restaurants.

Our food arrived quickly, it looked and tasted delicious. We had been up for some hours now, I was so hungry. The food went down fast. We both washed our meal down with a Tuborg beer. When in Denmark…… 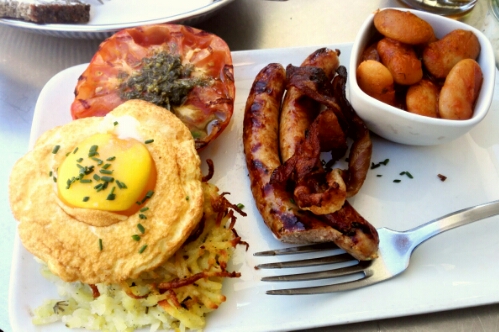 Breakfast during our layover in Copenhagen 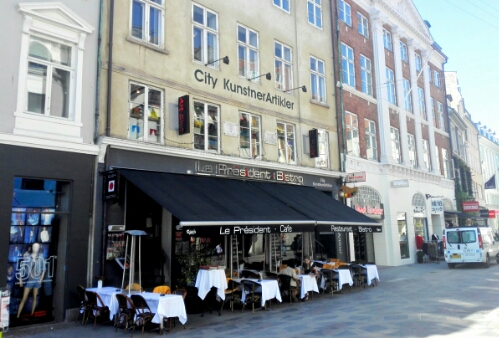 A Thai restaurant we passed advertised take away beer, we got one each to enjoy in the sun as we walked through the streets of Copenhagen. 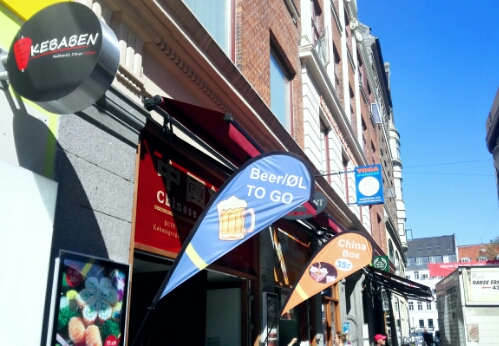 As we finished our beers it was time to head for the airport. We took the metro back to Kastrup, going through security took little time, we found our gate and waited for our plane to open for boarding. It had been a nice trip to Copenhagen, a city I most definitely will return to. Next trip I will have to stay longer though.