I stayed at an Airbnb in Reykjavik in March 2016

Most people, when they heard I had booked an Airbnb in Reykjavik with no shower, reacted with shock. What, no shower? How can you stay there? They wondered. I continued to tell them about the public bath right by the apartment, how I could go there every morning and have a relaxing bath. Most people were still not convinced. They could not imagine a place without a shower. I had great faith in my choice myself. 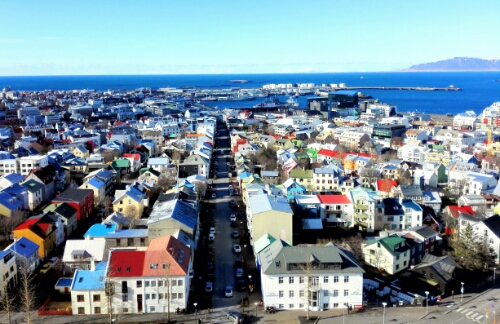 During my travels in Japan I have often stayed at places without a private bathroom, hotels where I every morning had to go to the communal bathroom to wash myself, or even to a public bath house close by. I don’t mind, I find having a soak in a hot spring every morning quite refreshing. Both Japan and Iceland are volcanic countries, with an abundance of hot springs, and the bathing culture in both countries is of importance. 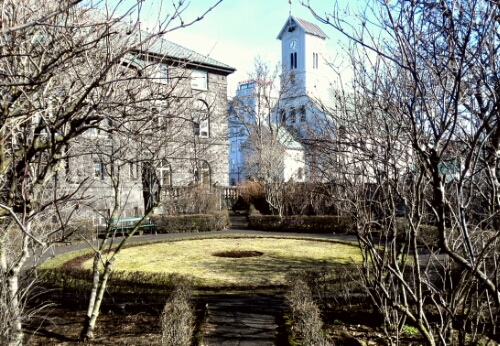 A small park in Reykjavik

While skiing in Niseko, Japan, we were ten people sharing a cabin with no shower or bathtub. Every day after skiing we would head for the onsen (hot spring) for a warm bath. I loved it. There is nothing better than relaxing in a hot spring after many hours of skiing in the cold.

As I arrived in Reykjavik I got a message from my airbnb host. Something had come up, she could not meet me for another hour. Feeling a bit hungry I headed for Cafe Paris, I might as well have lunch as I waited. 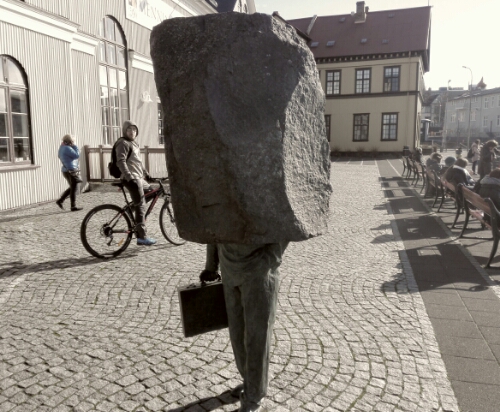 Tribute to the Unknown Bureaucrat

I had the Icelandic lamb meat soup which was very tasty. A thick filling broth, great lamb meat and fresh bread. Not long after I had finished eating I got a message from my host, she was back home. I could come and check in.

I rented a room in a family’s apartment in Reykjavik, just five minutes from the city center. The room was more than big enough, it was set out a bottle of water for me, two towels. A tiny fridge stood in the corner. There was a toilet across the hall. Everything I needed except a shower. The first thing the host did when I arrived was to show me on the map how to get to the nearest public bath. 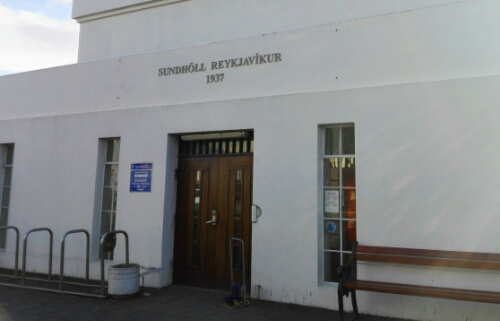 The entrance to the public bath

As I woke up the next morning I packed a towel and my swimshorts and headed for the public bath. As I got there I headed straight for the outside heated pool. Sinking into the water felt delicious, the warm water warming up every part of my body. It was 5°C in the air, but the 42° water kept me nice and warm. I laid back, closed my eyes and let my thought drift away.

Every morning I would head for the pool for the most amazing start of the day. I spent some time in the pool, it felt so much better than a shower would. Laying in the water gave me time to gather my thoughts, make some plans for the day, or just relax, not thinking about anything. 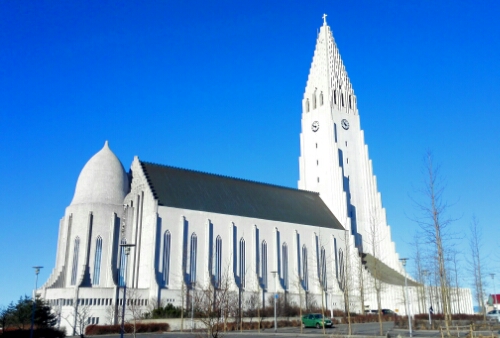 Every morning I would pass by beautiful Hallgrimskyrkja

I was not the only one. There were always local people in the pool, after a few days I started recognising some of them. On my last day the pool opened late, I got there a few minutes before opening. I wasn’t the first to arrive, ten people were already there, waiting for the pool to open.